Musings on a new year

There’s a fine line between being fashionably late and downright tardy yet despite January appearing to stretch out for hundreds of days, waiting until the 27th to wish you all a happy new year is I fear straying towards the latter.

So what have I been up to during the mild, damp weeks which apparently pass for winter these days? Quite a lot as it turns out including plenty of birding, a bit less walking (see aforementioned weather) plus a fair bit of soul searching around what matters in life and what makes me happy. On that score we began January very much in the same vein as we rounded out 2019, being shown around a collection of strangers houses and resisting my every urge to point out what a poor collection of decorators the British have turned out to be. Am I the only one to have ever heard of masking tape for instance or considered the concept of cutting in? But I digress. The reason for these occasionally awkward, sometimes downright unpleasant outings was the mistaken belief that more space to store an ever expanding collection of “stuff” was what we really wanted. In fact so convinced were we that a couple of weeks ago we were on the verge of putting an offer down on somewhere twice the size of our current place only to find by the end of the journey home we’d somehow decided to forget the whole thing and book a long weekend to Gibraltar instead. 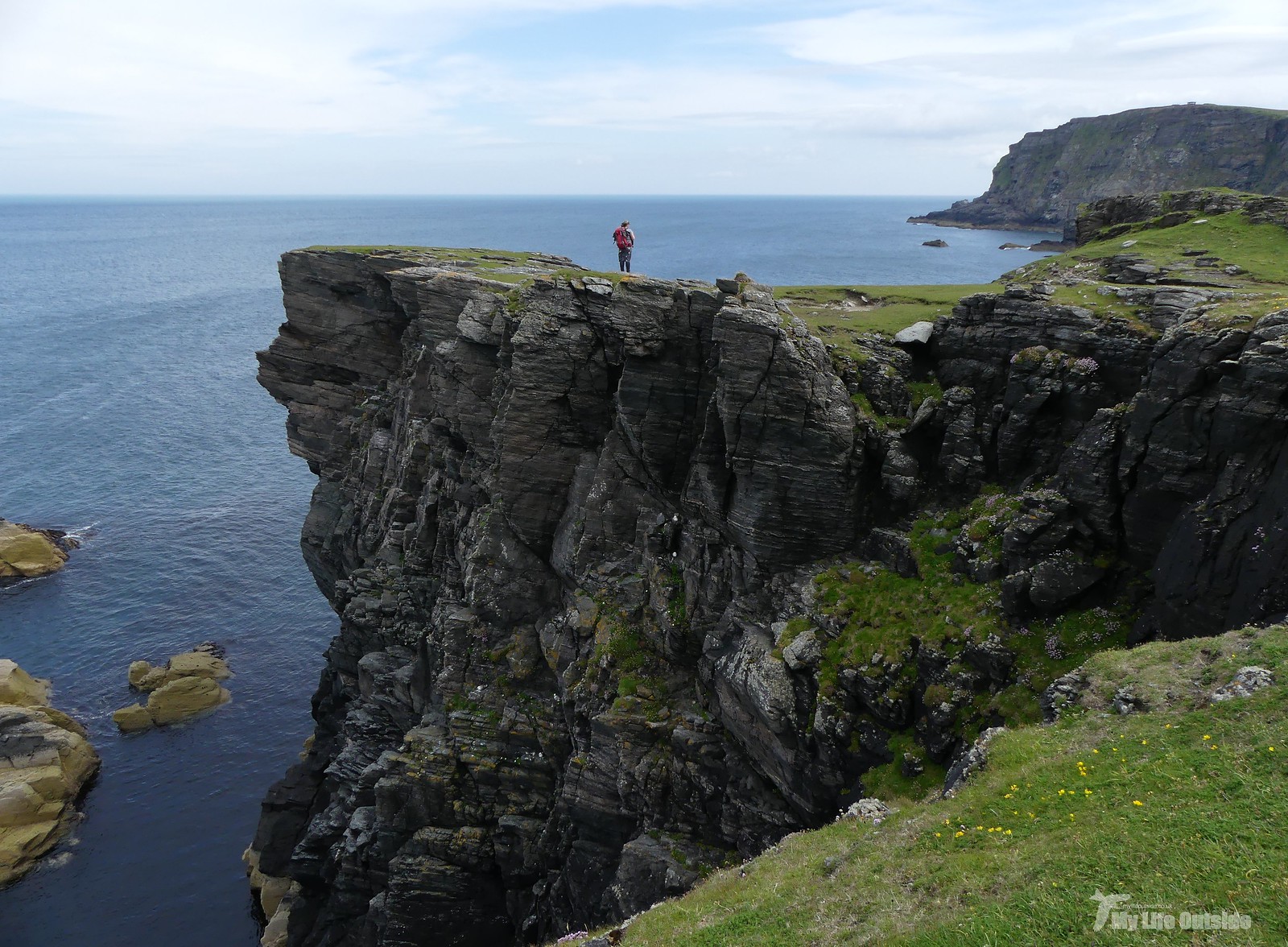 There wasn’t a single reason for our change of heart, rather a collection of smaller niggles which when push came to shove we just didn’t want to have to deal with. Money of course was one. Having been fortunate to work our way into a mortgage free position, moving back into debt literally a couple of months later felt like a retrograde step. Perhaps more importantly though was time, or the lack thereof. Did we really want to spend what would probably be the best part of the next twelve months dealing with solicitors, packing, unpacking, decorating and getting a new house just the way we wanted it? Although much of last year didn’t make it onto this blog we were away virtually every weekend spending just under eight weeks in our self-built camper van. It was brilliant and the type of experience we want to extend into this new decade. Almost half of that time saw us up in Scotland and now my friends we come to the real crux of the matter. I’ve been to pretty much every corner of mainland Britain and we both agree that our futures lie not here stuck in the nine to five of corporate south Wales but somewhere on the west coast of Scotland where we can indulge our passions and redress a work life balance which has gone missing somewhere between university and our mid-thirties. Moving house in the same locality would just be a further delay to that ultimate goal so it’s gone, forgotten. In its place the outlines of a rough plan are forming involving loch views and mountains galore. Of course there’s also the pesky matter of income which is going to take a little longer to solve but I’m confident that can be overcome. After all we aren’t the first and won’t be the last to follow their dreams north.

That’s all a rather long winded way of saying that the beginning of this new decade sees me refocussing on the things that I enjoy. That means more photography, more writing, more getting out and exploring the great outdoors. All too often these have been the very things which have fallen by the wayside as pressures elsewhere sap both energy and time. No more. There’s things I’ve been wanting to do for years, places I’ve wanted to visit and sights I’ve wanted to see. I want to learn more about our natural world and what makes it tick. I want to finally see Orcas in the wild and watch the northern lights dance above frozen lands. I could go on but we’d be here all day and I fear this entry is already turning into a more rambling stream of consciousness than I’d intended it to be.

So then to a little order. Regular readers will recall from years previous that I prefer to set loose goals rather than resolutions, confident that experience shows resolutions are only good for one thing – being broken. None of us know what lies before us and the hanging of a new calendar seldom signifies some profound shift in one’s own habits and characteristics, be they good or bad. Instead I find it more productive to focus on what I want to achieve and if there’s anything to take from our chat so far, it’s that this year should be one about coming good on dreams and promises I’ve been making to myself for far too long. Can anyone else feel a list coming on?

Focus on the future

I don’t think this one needs a whole lot more explaining if you’ve already read this far and I did think twice about touching on the subject again. Focussing on the future also sounds worryingly like the antithesis of living in the moment and whilst the latter is absolutely to be encouraged, it shouldn’t come at the expense of the former. I find that without a forward view, however rough, the traps of what is comfortable and familiar can become all too real and before you know it you’re stuck on the same old treadmill, day in day out. We’re perhaps fortunate in knowing what we want our futures to look like and we shouldn’t lose sight of that no matter what this year brings.

Last year’s trips around the NC500 and Ardnamurchan peninsula awoke something within me that had long lain dormant. Starting each morning in a new location, popping down roads to simply see where they led and walking routes seldom travelled proved to be an absolute joy and during 2020 we are looking for more of the same. I’d love to get out to at least one new Scottish island and we’ve already got several long weekend trips planned in the van. Chief among the latter will include time on Dartmoor, a place that we’ve inexplicably never explored as well as to the lake district and north Wales. I also hope to get abroad with our horizons currently focussed on the aforementioned Gibraltar and Donana national park in southern Spain. I need another Flamingo fix. 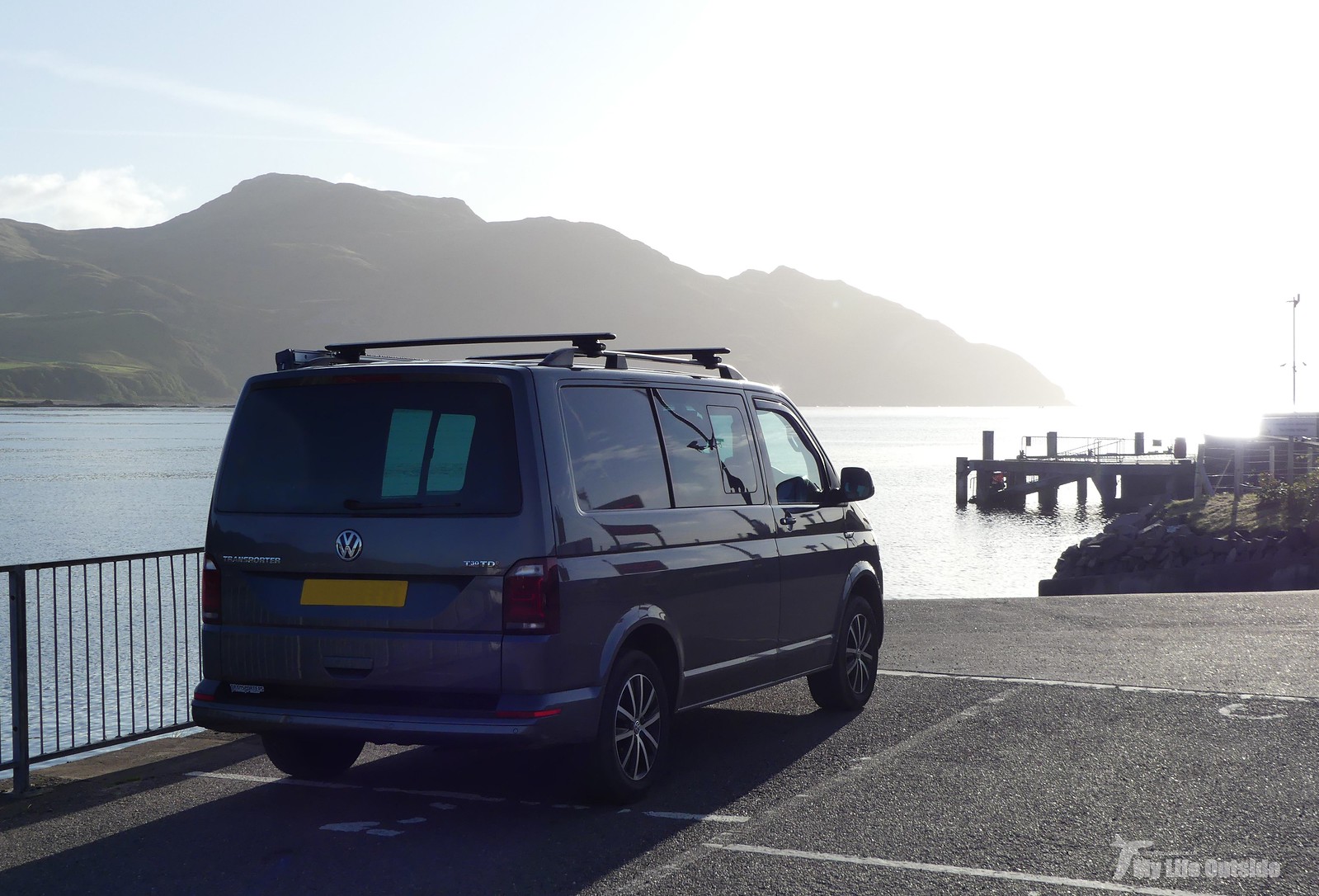 I’m a creative person. Always have been, hopefully always will be. From an early age I’ve crafted, written and built. As a result it’s probably no surprise that this blog has now been running for over a decade. In 2020 I plan to extend that even further with at least one new post a week, hopefully more, covering all our adventures supplemented by a few rambles such as this along the way. I’m also a firm believer that words are always more powerful when accompanied by photographs so I’ll be putting more effort into that area, beginning with an equipment upgrade. My latest bridge camera is now a couple of years old and in that time the market has moved on, particularly where micro four third setups are concerned. I’ve had my eye on the Olympus EM1 in particular for a while now so it might finally be time to take the plunge. I also sold my first photograph last year so that’s another avenue I’d like to pursue further.

I’ve garnered a pretty decent breadth of knowledge when it comes to our natural world but recently, I’ve found myself yearning for a deeper understanding. Rarer bird identification in particular comes to mind as after ten or so years since my re-entry to the hobby I’ve got the commoner species nailed but would for instance still struggle to pick out a Honey Buzzard or any of the rarer warblers or waders. Insects too will be in focus, partly inspired by receipt of an excellent book on bee identification for Christmas. Expect many mis-labelled photographs heading your way soon. 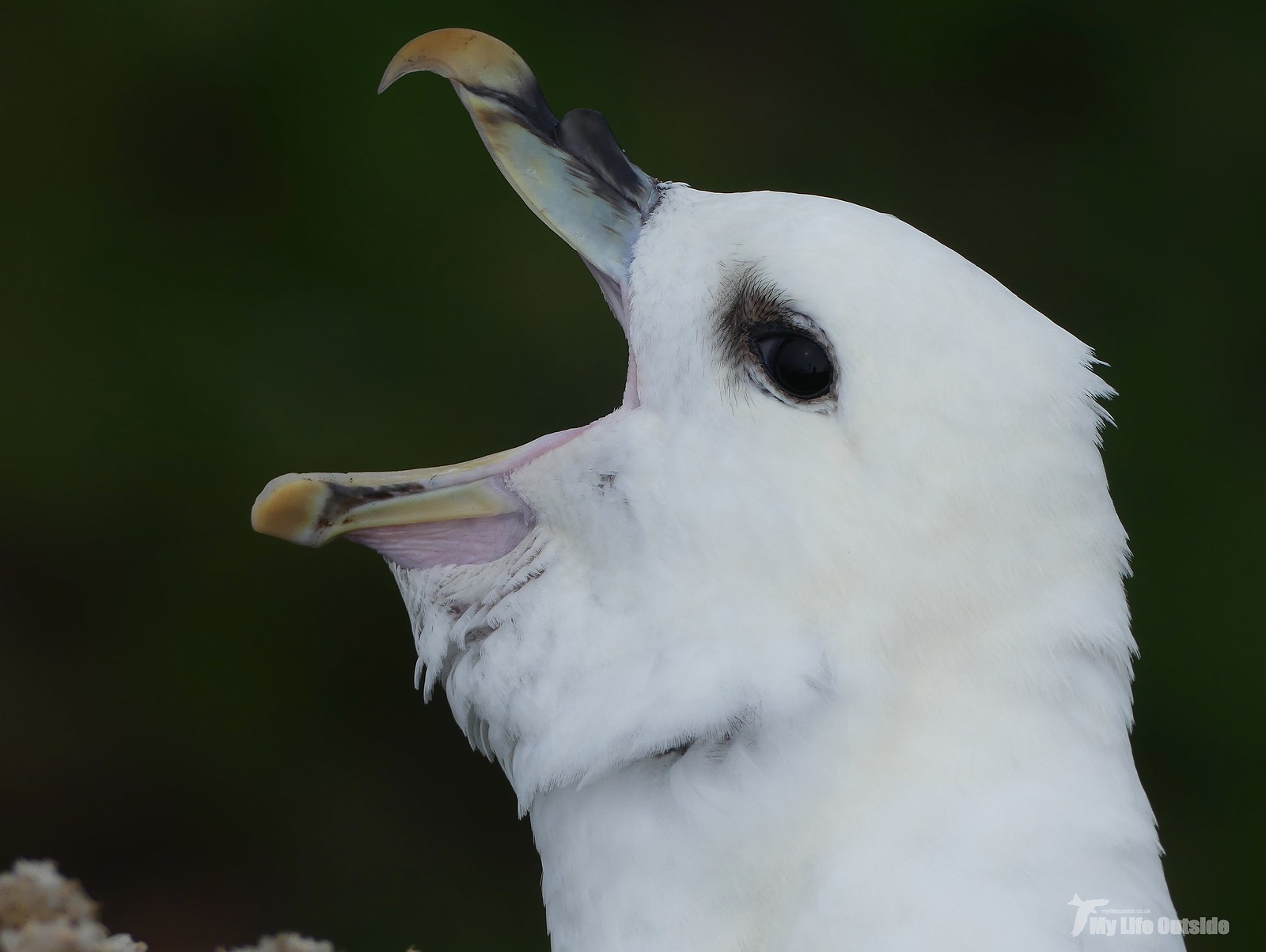 There’s no denying that the planet is in trouble. Biodiversity is crashing and temperatures are rising with all but the most blinkered accepting that the situation as it stands cannot be sustained. As individuals we have the power to make grass root changes, small but important steps whose cumulative effect will force responses from our governments and supply chains. Much of what has been done to date consists of little more than words and empty promises but here and there, glimpses of real change are starting to emerge. Take Tesco last week announcing that they will no longer sell plastic wrapped multi-packs of tins. A small gesture in the grand scheme of things but one which will take 350 tonnes of plastic a year out of our environment. You can quadruple that amount when Tesco’s rivals follow suit, as they surely will, and before you know it a lone pebble tumbling downhill has turned into a full blown avalanche. People are already asking Tesco what comes next and as environmental factors increasingly influence our shopping habits the rate of positive change will only increase. At least that’s the theory. 2020 has the opportunity to be a real game changer and I’ll be sharing some of what we’ve been doing in future posts.

Do what makes me happy

Above all 2020 is going to be about doing what makes me, us, happy. What little time we have outside of work should be spent on seeking enjoyment and self-fulfilment. If a particular activity or hobby doesn’t do that then it will be dropped. No hard feelings but life’s too short not to be enjoyed. 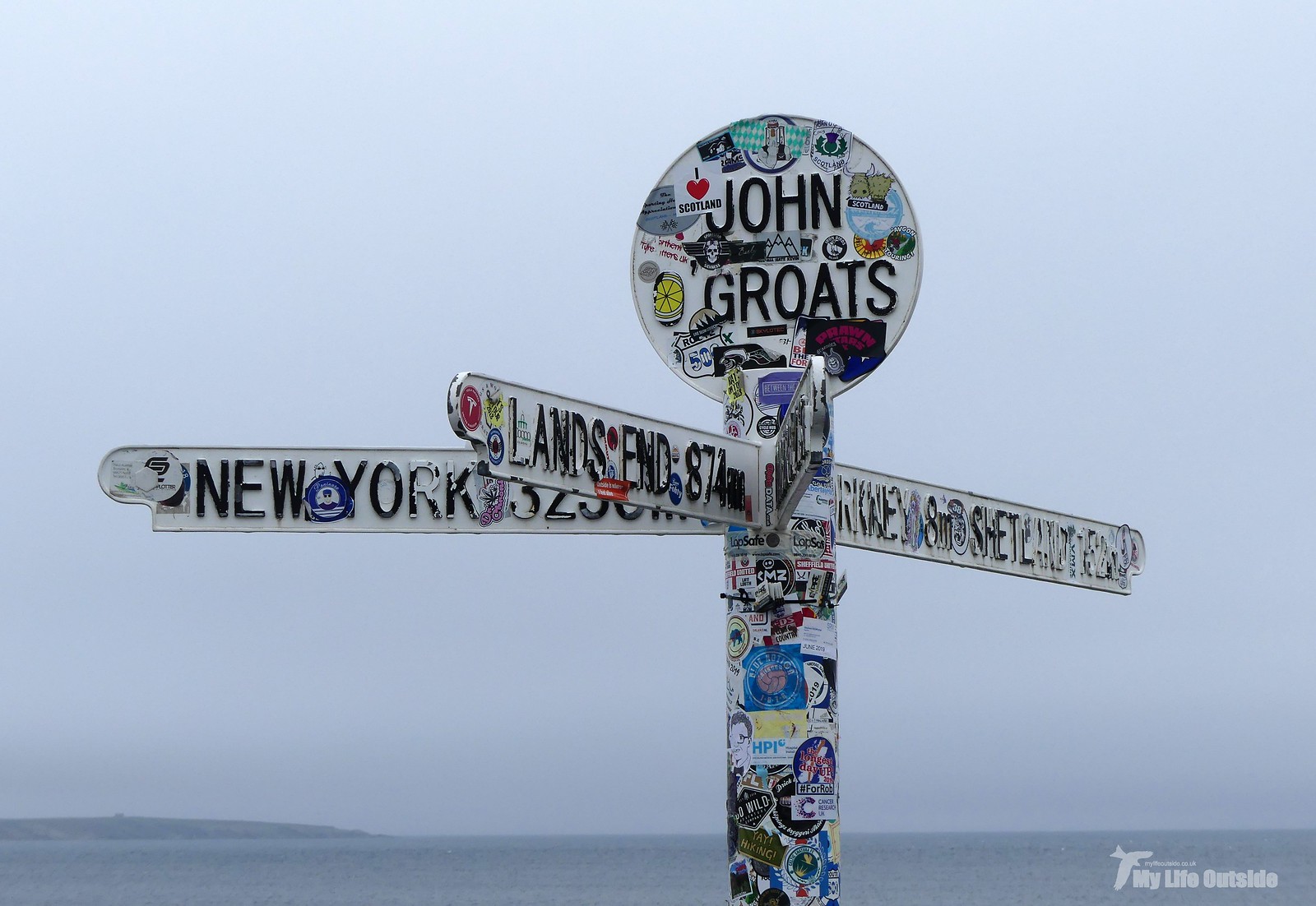