For sheer natural spectacle it’s hard to beat a Red Kite feeding frenzy. The sight of hundreds of these impressive raptors circling and diving in a ball of whirling chaos is something that once experienced is not easily forgotten. We’re fortunate here in Wales that Gigrin farm opened to the public in 1993 as an official Red Kite feeding station allowing easy access to watch such gatherings up close and in relative comfort. Since then others have been established around the country yet, for some reason, we’d never visited our closest at Llandeusant. Until now. 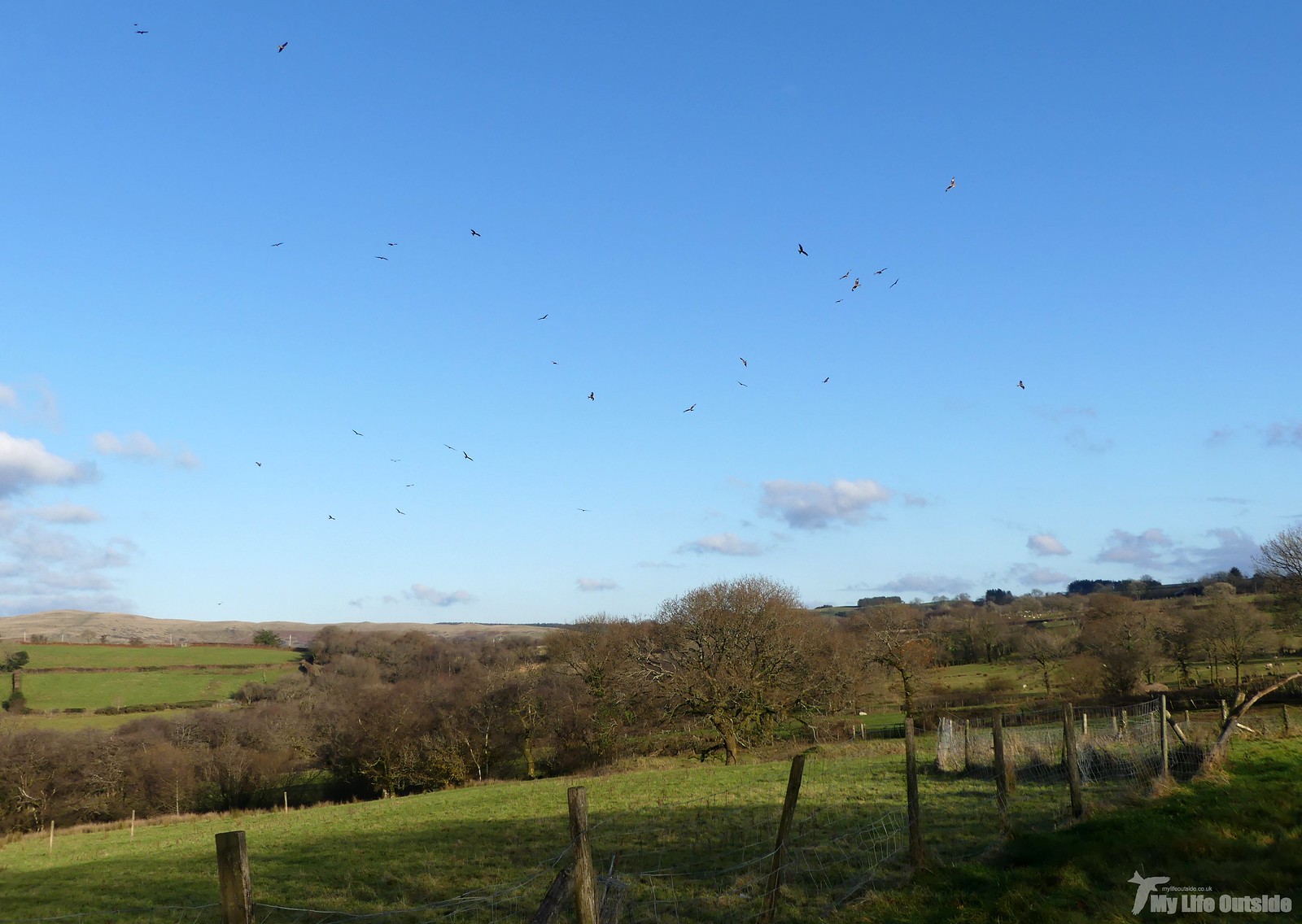 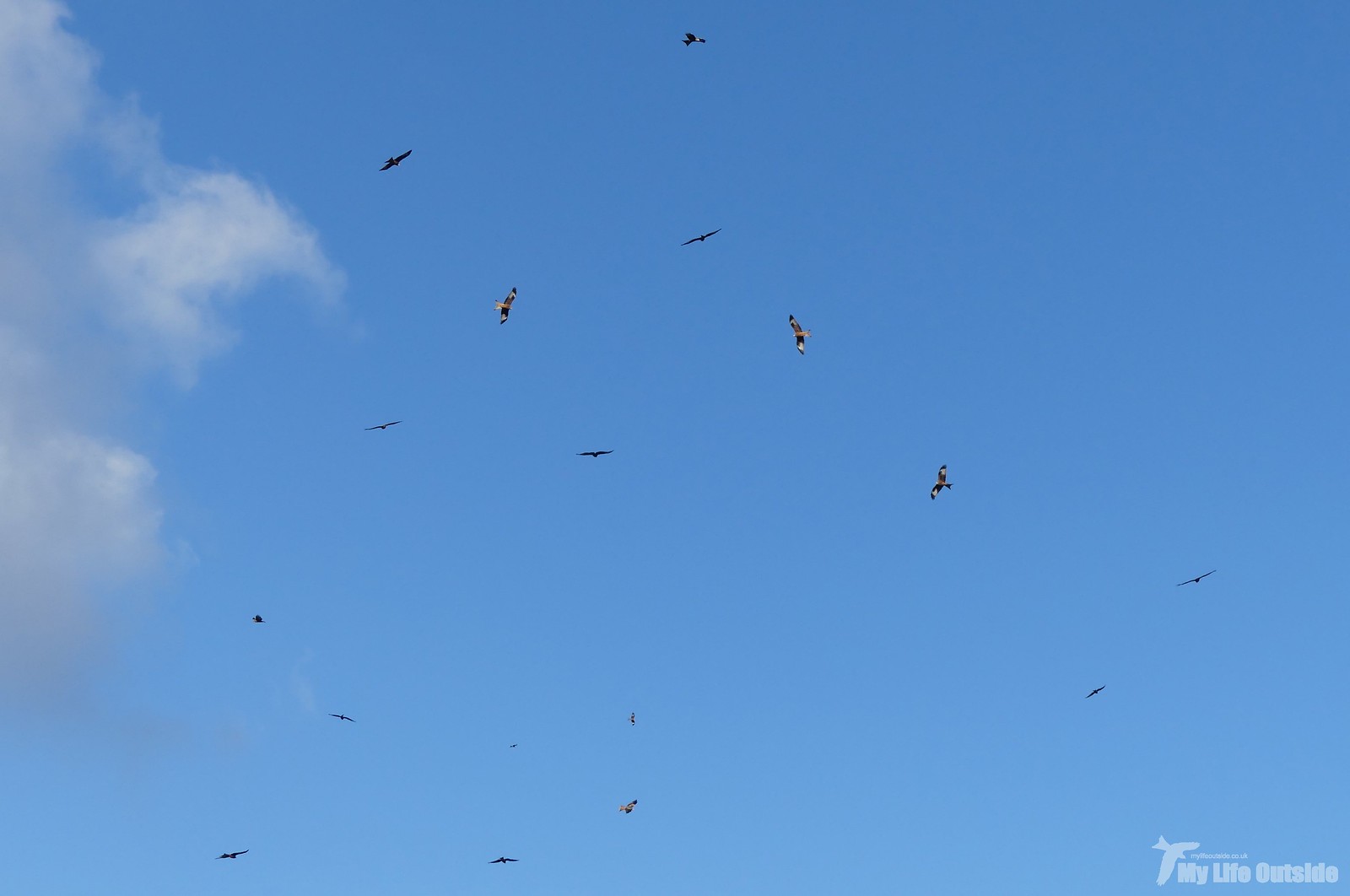 We arrived on a gorgeous Sunday afternoon with the sun shining and Red Kites already present in good numbers. Their calls filled the crisp air as they circled on thermals above us, waiting for the man with the bucket to arrive. Not being gifted with the ability to fly we spent this time walking the local lanes enjoying the presence of so many big birds including several Buzzards hoping to grab something from their larger rivals. Other species seen included Jay, Stonechat and a fabulous Treecreeper, not forgetting of course a pair of Bullfinch which are always nice to see. 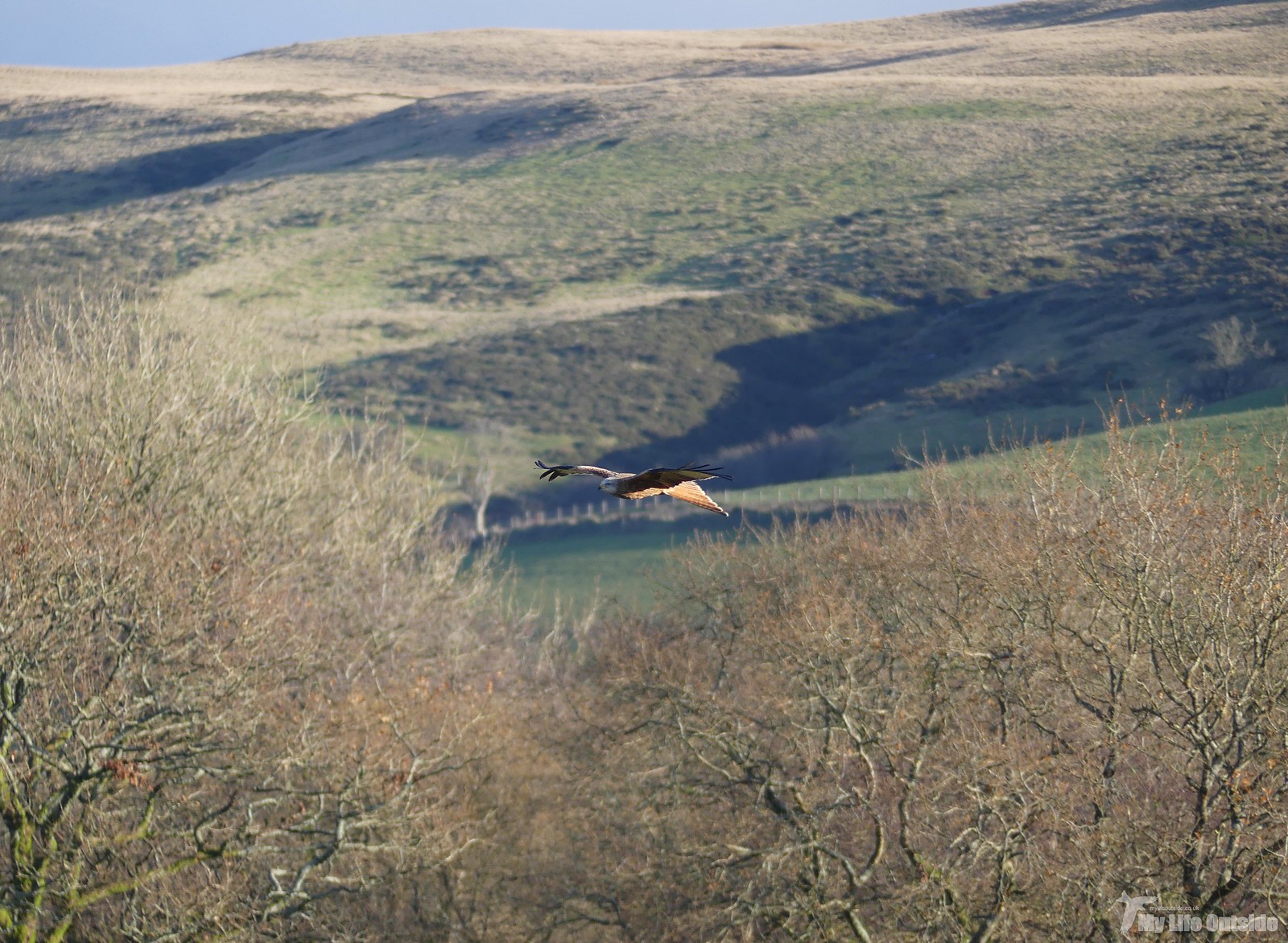 Then it was on to the main event. We entered the spacious hides along with several others and in a matter of minutes what had been a tranquil scene was filled with hungry, bickering birds. Seemingly out of nowhere the Red Kite numbers doubled then tripled, attempts to follow any one individual almost impossible given their speed and manoeuvrability. 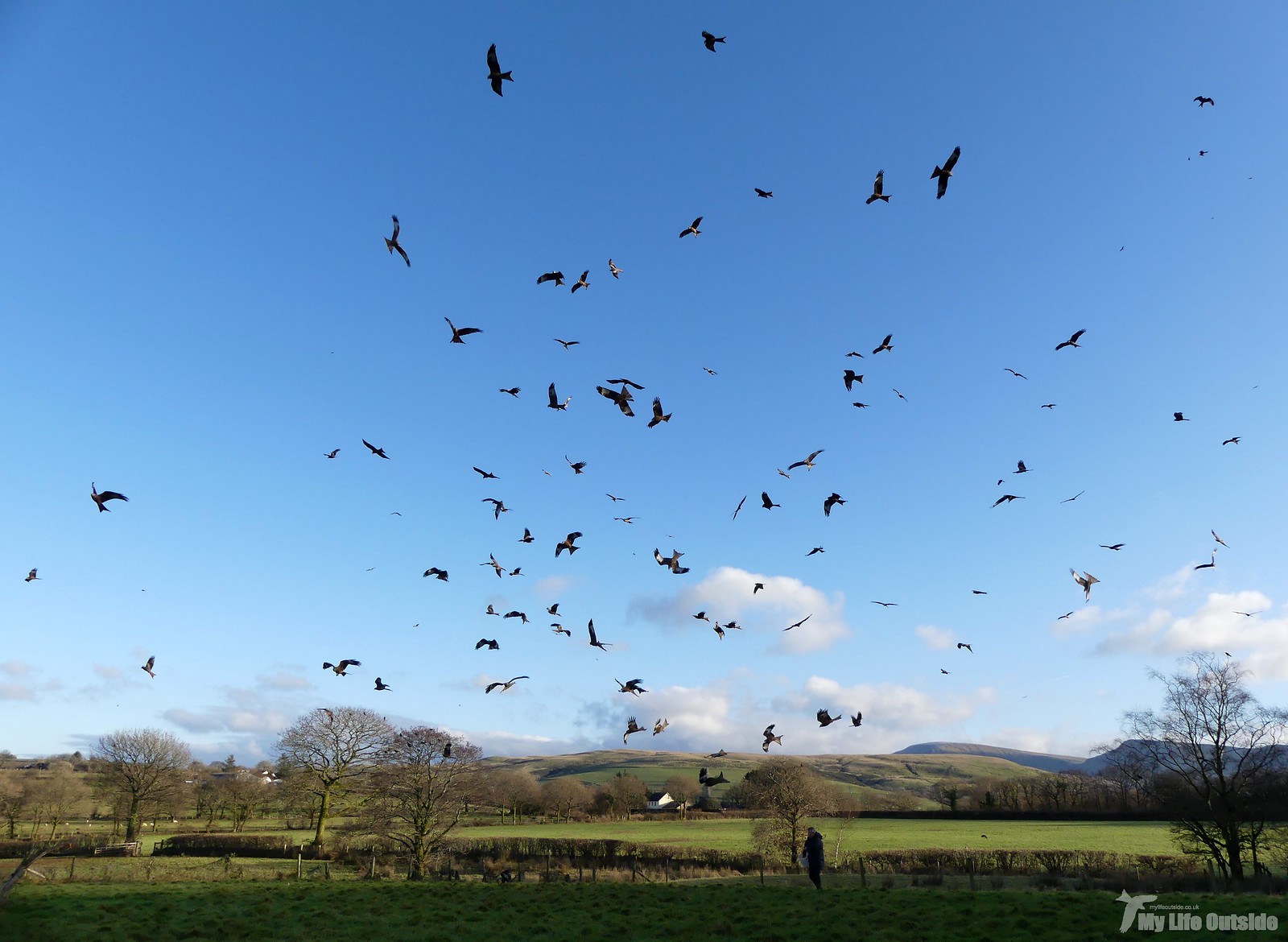 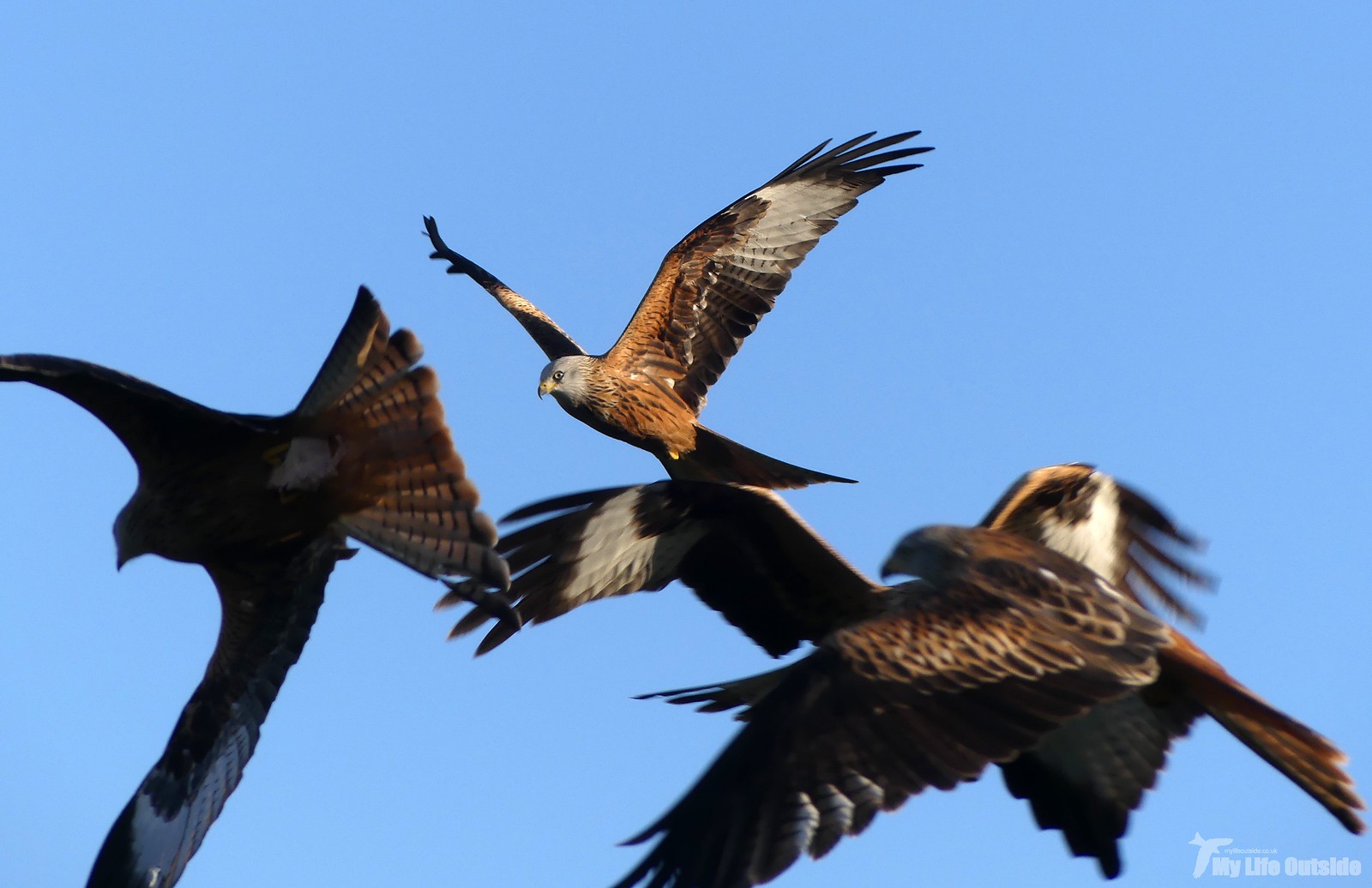 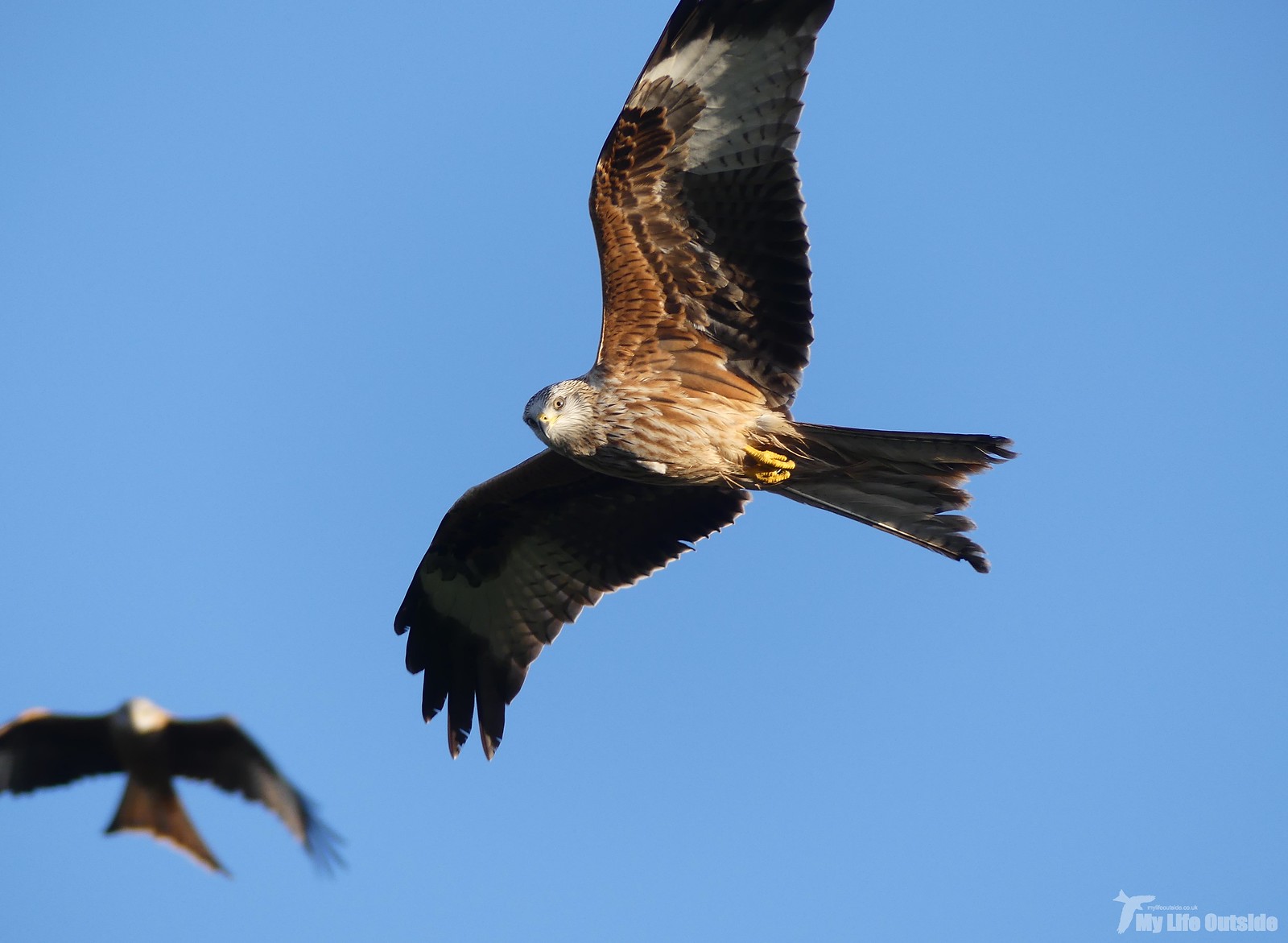 Only once the initial burst of activity had calmed down did I have any hope of getting decent frame filling photos, and even then my camera was working against me. As much as I have loved the versatility of bridge cameras over the years they do have a few weak spots, birds in flight being one such example. I’ve tried numerous different configurations but still haven’t been able to settle on anything even semi-reliable. Instead it was a case of the more images taken the better in the hope that at least a few were reasonable. Thankfully this approach paid off. 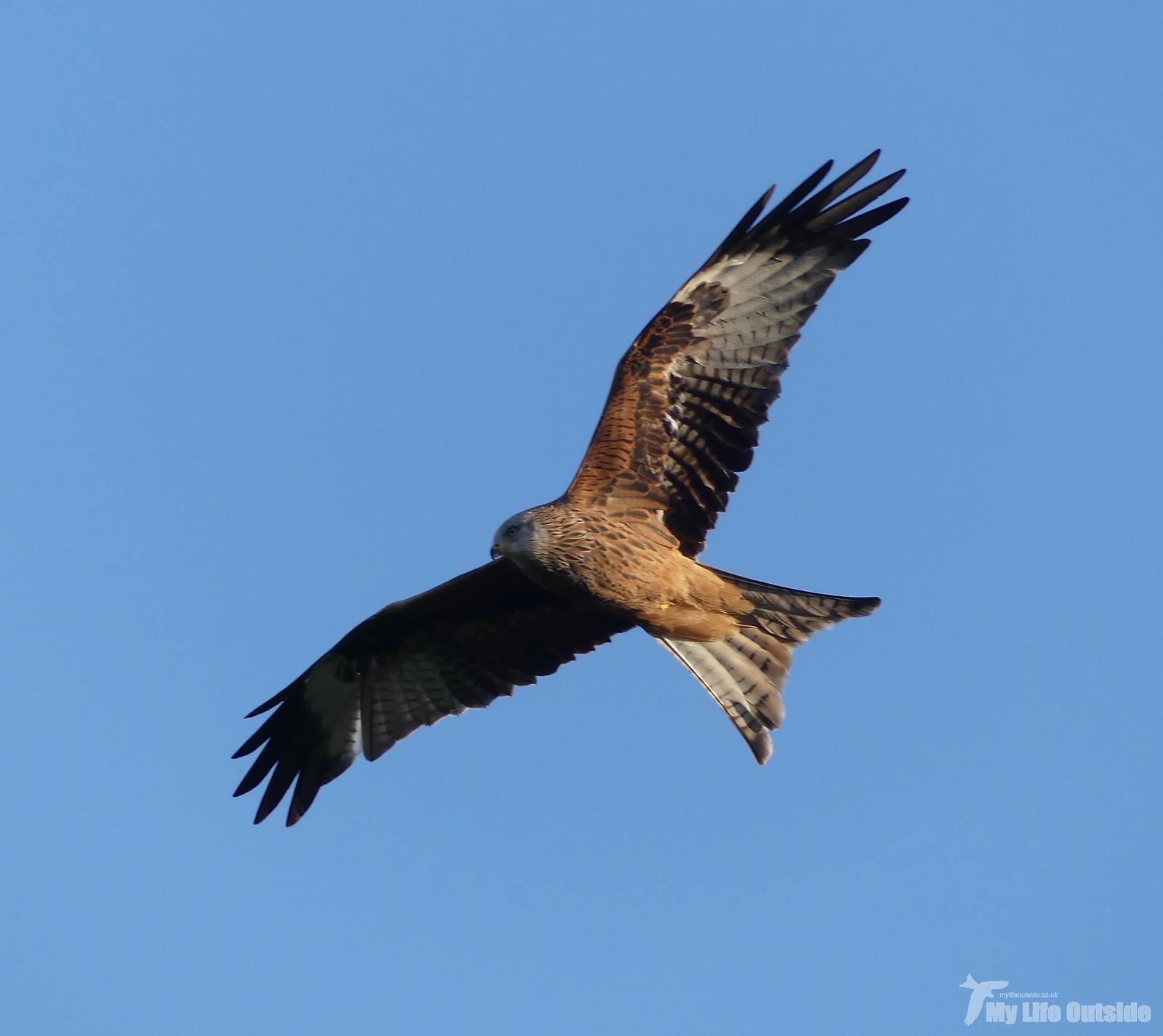 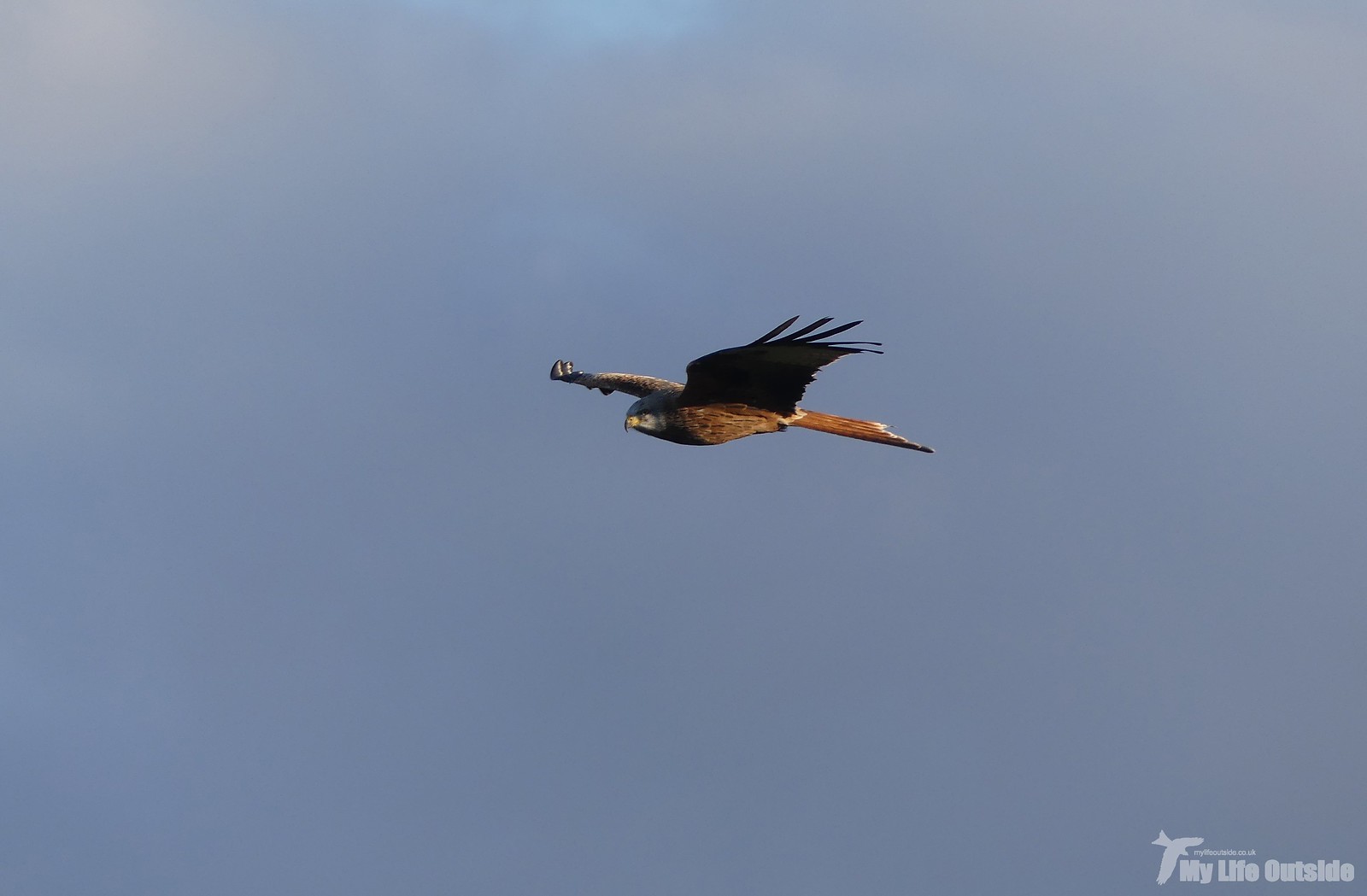 After forty minutes of frenetic activity there were still plenty of Kites picking off remaining scraps but the realisation that I could no longer feel my trigger finger signalled an end to proceedings. Even in the sun it had been a cold day but standing in the shade with a breeze blowing through was absolutely freezing. I’m hoping that we get some snow this winter and if so then a return visit is definitely on the cards, albeit wearing a few more layers.