My parents came down to visit last weekend which may or may not explain the rapid deterioration in weather across south Wales. The forecast for Saturday in particular looked dreadful so it was a pleasant surprise waking to find only persistent showers. Clearly however our original plan of heading up into the Brecon Beacons was off but thanks to the ever reliable WWT reserve at Llanelli, we had a backup ready to go.

First stop was the Michael Powell hide where a flock of Redwing were busy in the trees outside. Over on the marsh there were already good numbers of Lapwing and Redshank gathered whilst a lone Common Snipe blended in so as to be almost invisible. Our good run of Kingfisher sightings continued with an individual perched outside the British Steel hide before a Water Rail scampered across an open area then vanished once more. More wader action came in the shape of several Dunlin and Black-tailed Godwits plus a single Grey Plover. The latter is a rare tick for me here and thanks to its intricate plumage something of a personal favourite. 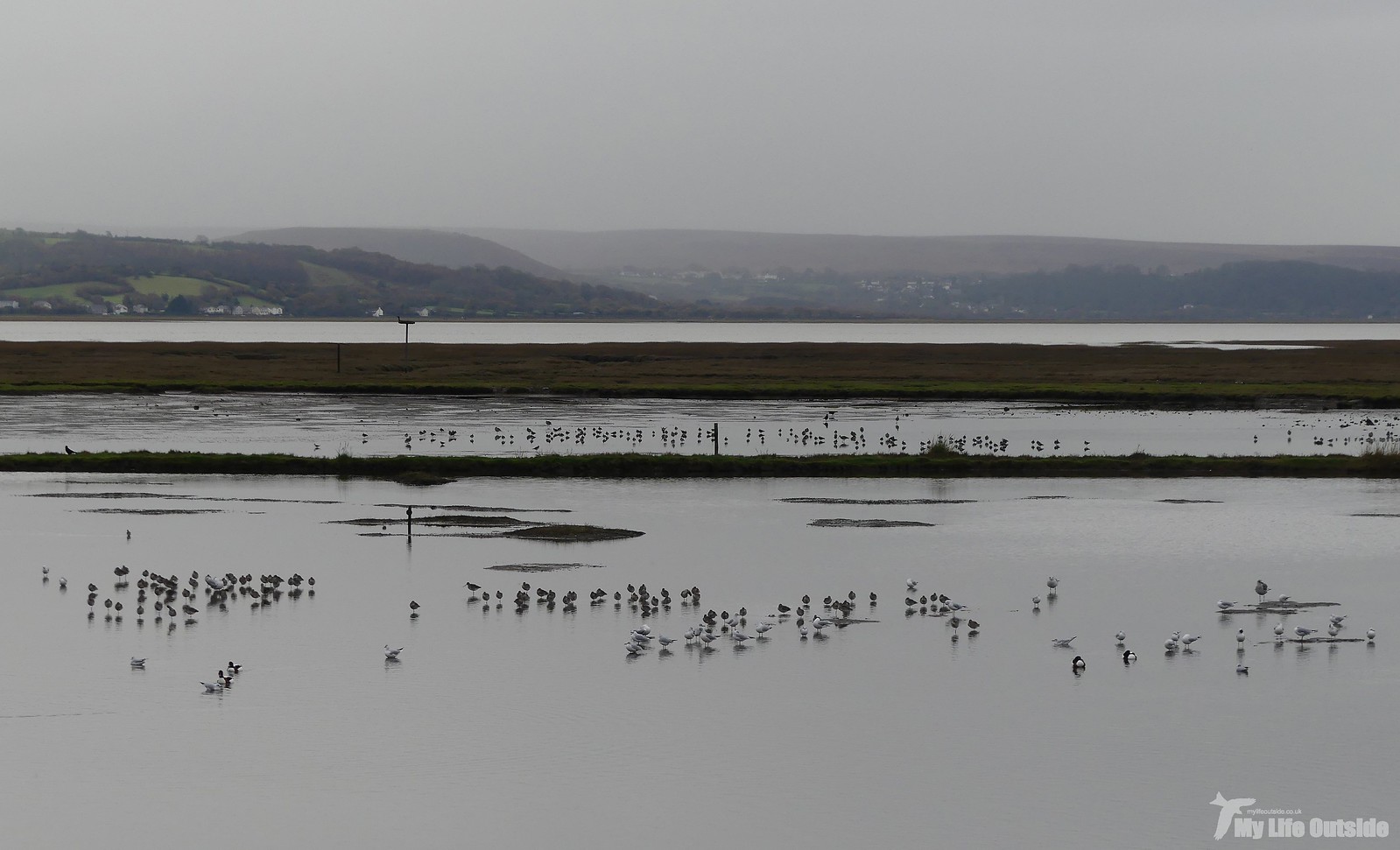 Over on the remodelled NRA scrapes we found the Wigeon flock busy feeding along with the rest of the Black-tailed Godwits. All were spooked at one point and shot into the air but whatever it was they saw didn’t make itself visible to us.

By now the tide was rapidly rising and all attention returned to the marsh. As wader numbers continued to build steadily at least six Greenshank arrived closely followed by two, five and finally seven Spoonbill! I remember when we first started getting the odd individual on the Burry Inlet so to have this number is pretty special. All bar one did the usual Spoonbill trick of immediately going to sleep but the rebel spent a good while feeding directly outside the hide. If only the light had been better for some photographs. 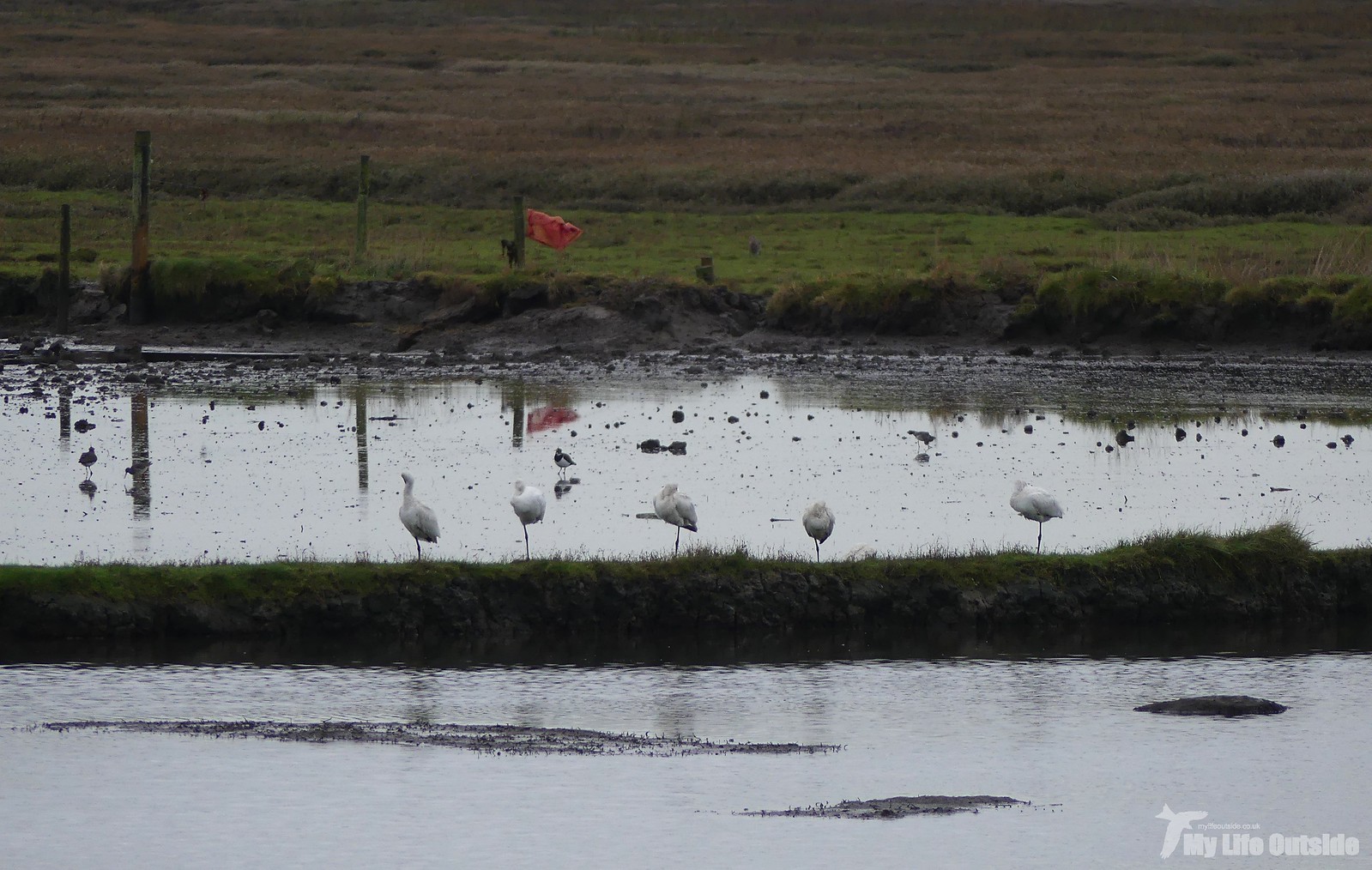 With the lagoon steadily filling with birds the sense of something more unusual turning up was high. I picked out a nice Spotted Redshank roosting with the Greenshanks but it was only after we left that an Avocet dropped in. Still, I guess you can’t have everything but nice to know that there’s at least one about.