We’ve had a busy old summer this year exploring Scotland in our self-built campervan and as brilliant as it’s been, when it came to our winter break we fancied something a whole lot less complicated. Waking up in a different place each morning was an amazing experience but with the weather turning colder and night’s drawing in a warm shower and comfy sofa definitely held an attraction. If it hadn’t been for Brexit then a break somewhere hot and sunny in Europe would have been ideal but the possibility of being stranded in an airport whilst everyone figures out “what next” didn’t appeal. Instead we went for the polar opposite, a stormy week on the Dorset coast in old favourite Lyme Regis.

In the end we missed the worst of the forecast storms, hundred mile an hour gusts thrashing this stretch of coastline early on but having calmed considerably by Saturday afternoon. Handy really as it meant we could enjoy the annual firework display before getting stuck into some proper birding come Sunday. 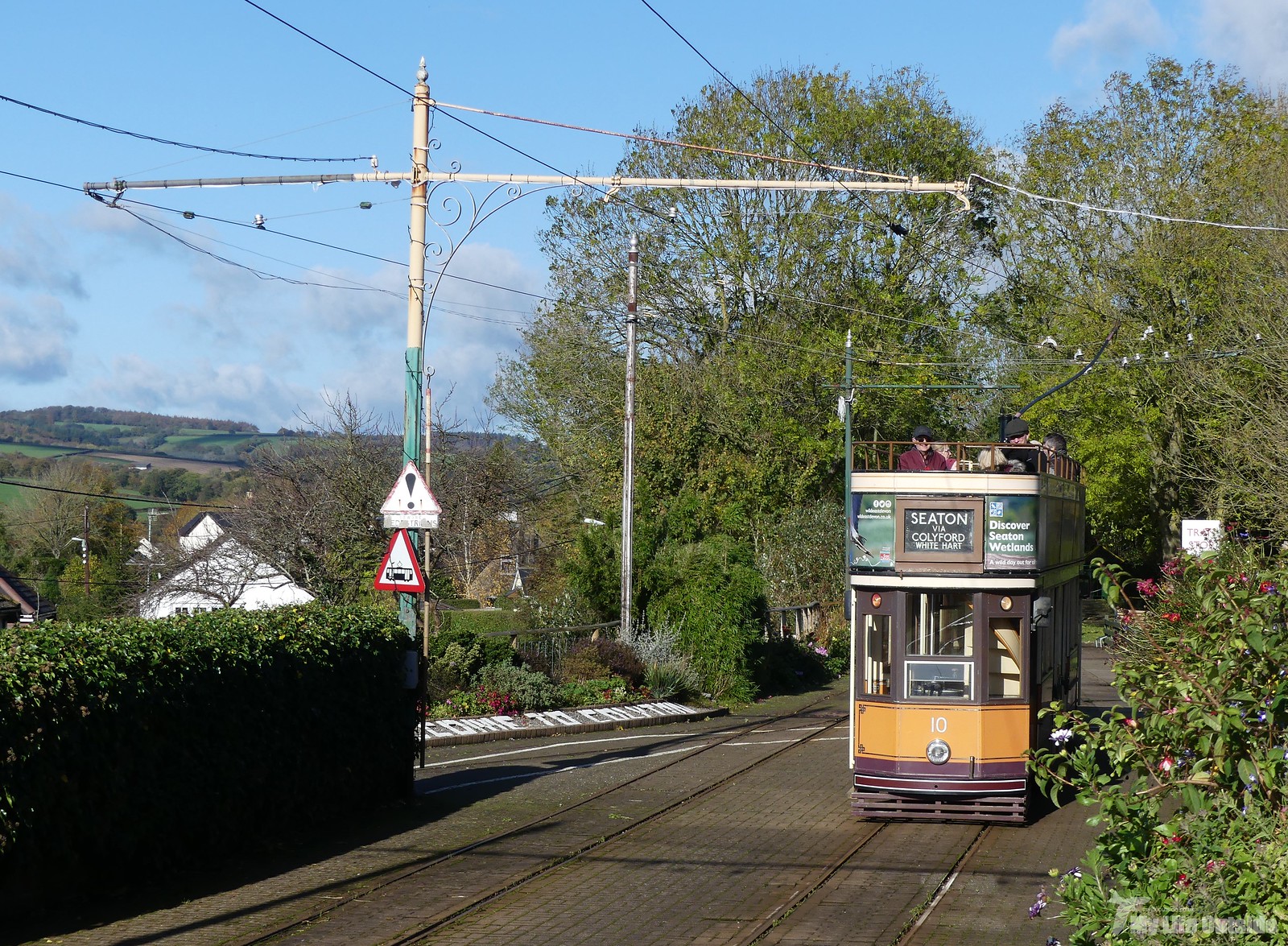 As hides go scaled down trams probably aren’t going to come top in most people’s minds but in Seaton, they reign supreme. Running alongside the River Axe this eclectic collection provides an excellent, if somewhat wobbly, vantage point across not only the tidal estuary but also Seaton Wetlands. I’ve written before about how this initiative has turned what was once farmland into a series of species rich pools and marshes which have consistently turned up top notch rarities. Last time we were here it was the turn of a Pectoral Sandpiper but I’m as much in love with the wintering flocks of Wigeon and waders such as Greenshank and Curlew. On this occasion Emma also managed to add an elusive Water Rail (which I of course missed) yet no amount of scanning could turn any of the gathered Little Egrets into something tinged with orange.

At the delightful Colyton station we disembarked and walked back along the river, its narrow course still swollen following the previous days downpours. As a result the hoped for Dippers were presumably feeding elsewhere but there were a few Chiffchaff knocking about along with the odd Grey Wagtail. Back in Seaton a lone Common Scoter loafing around offshore was nice to see before it was over to the yacht club where several Black Redstarts had been reported. With the weather looking increasingly threatening we didn’t have much time which was handy really as we didn’t need it. Straight away we spotted a pair of females on the clubhouse followed quickly by a stunning male. I tried my best to get closer but he always managed to stay frustratingly out of reach. 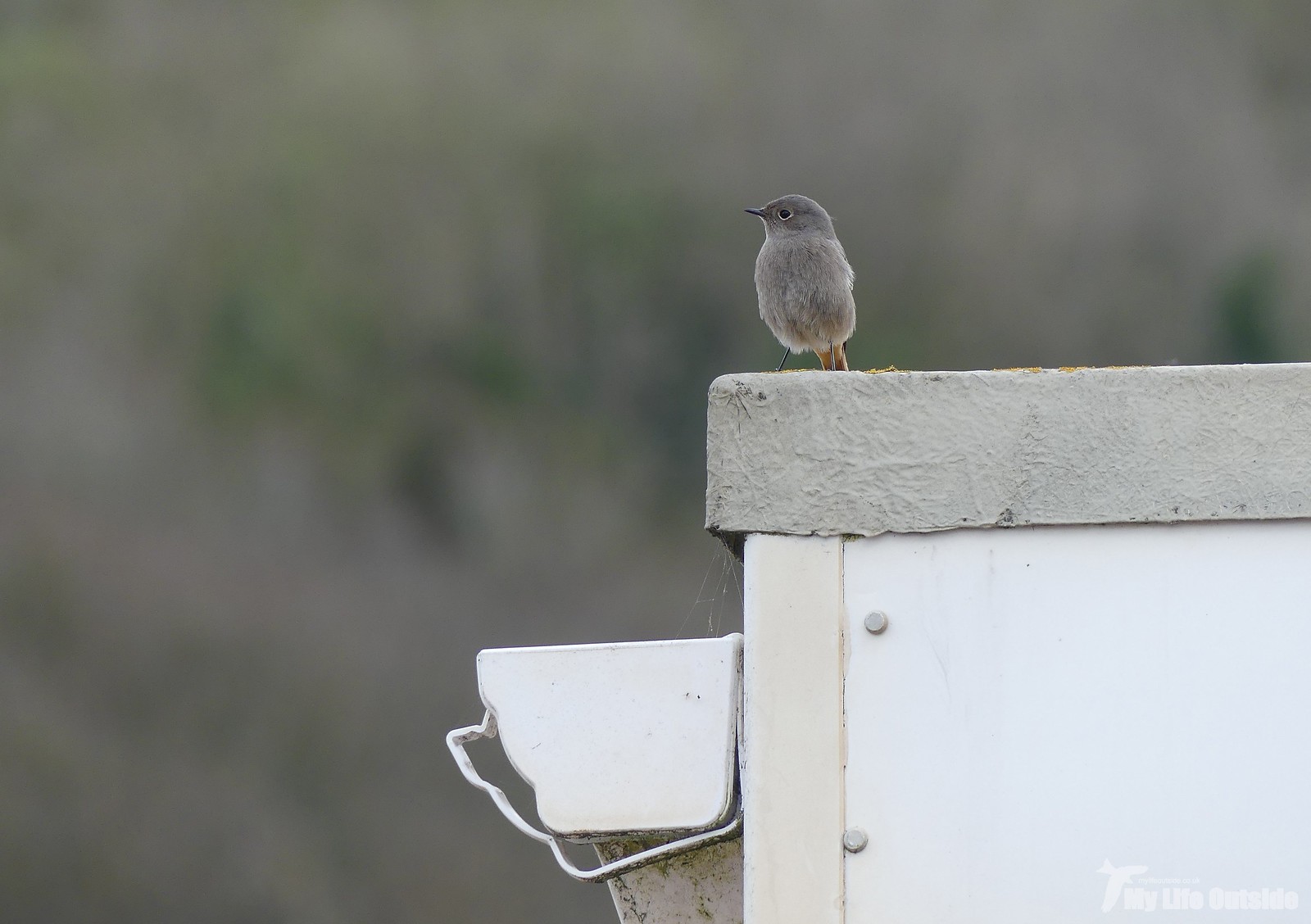 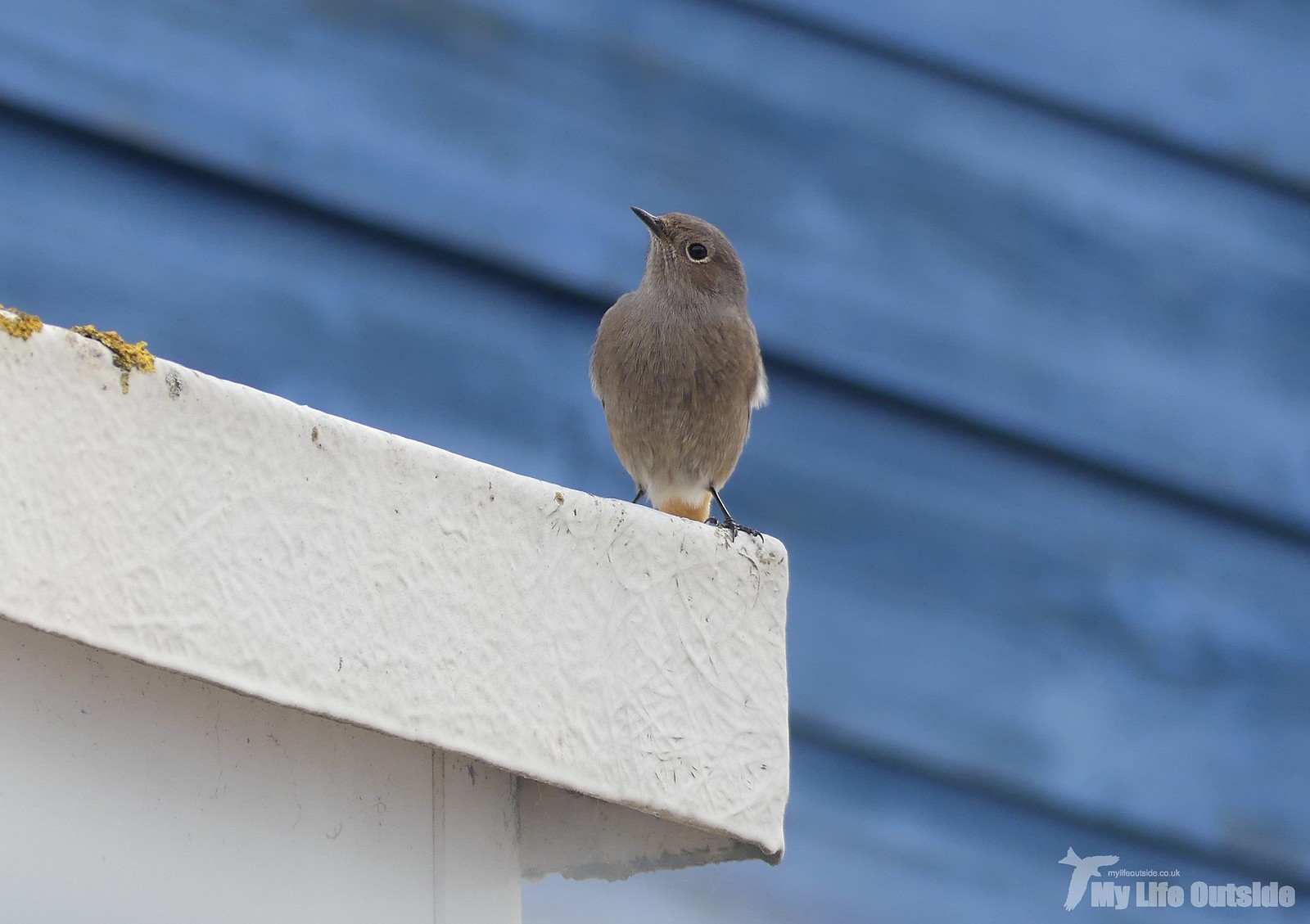 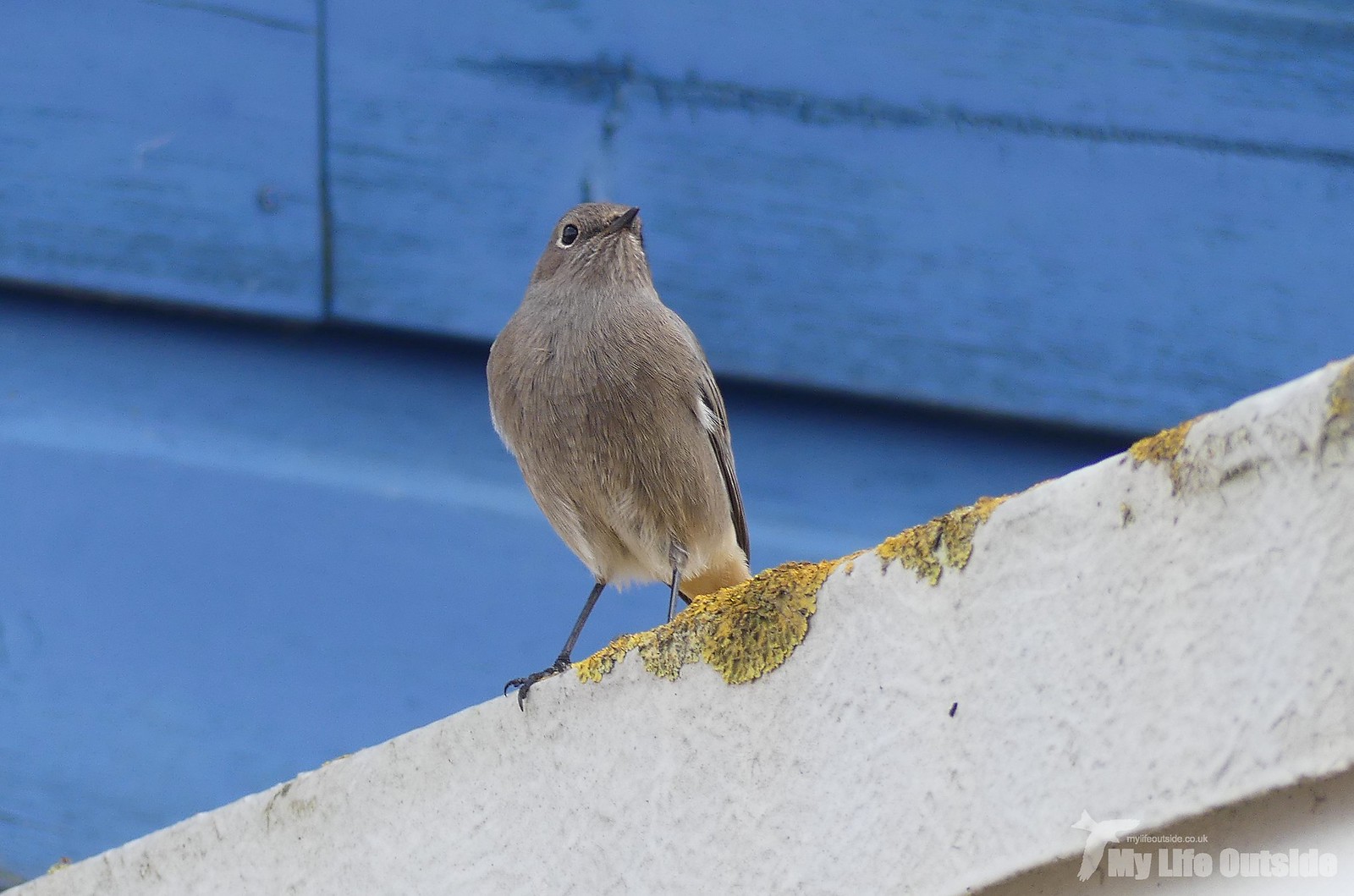 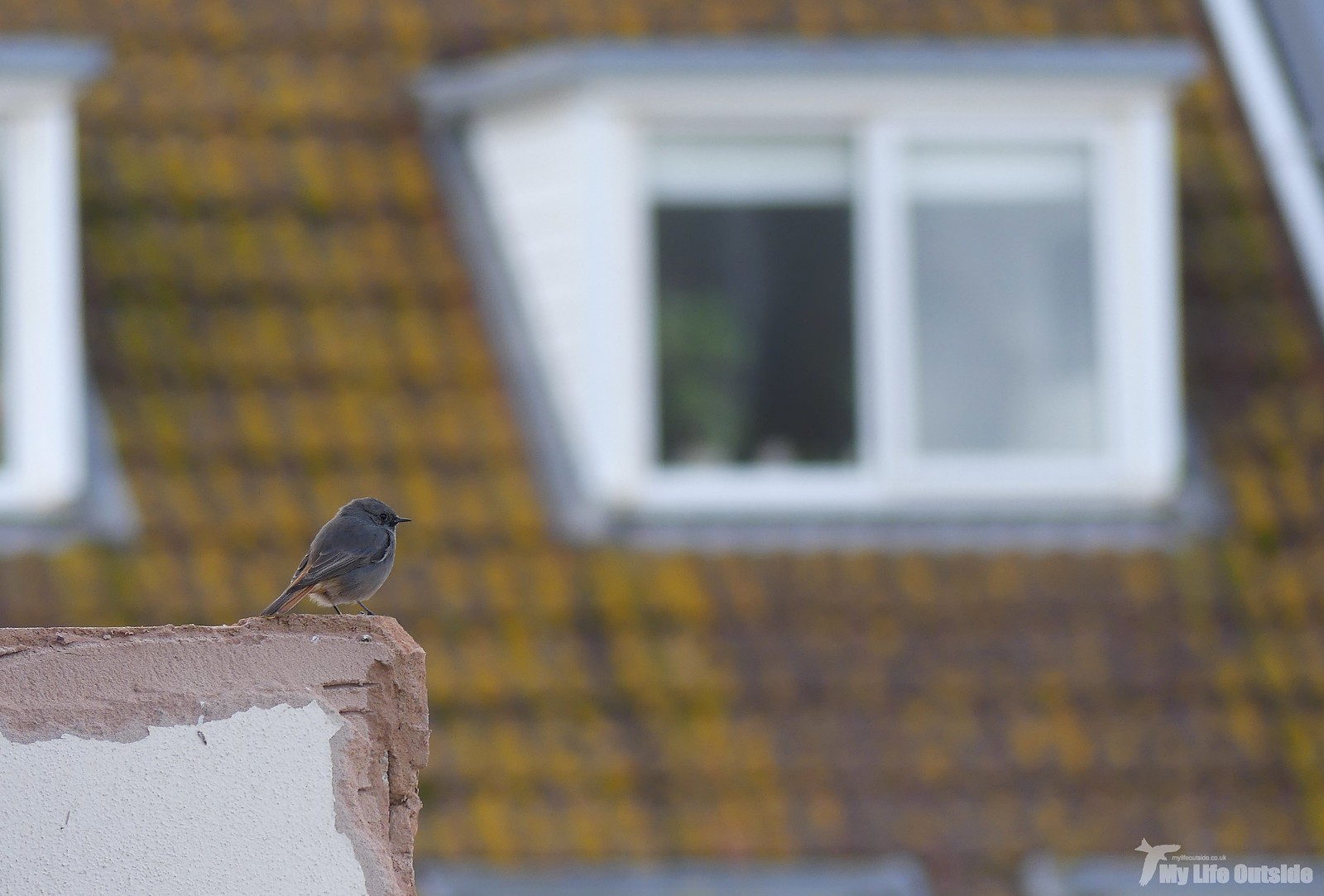 We’d had a Common Sandpiper here the previous day but there was no sign now as we walked across the old road bridge and out along the harbour. I’d never been this way before which was a shame as the views back towards town were fairly spectacular whilst along the beach several Crows and Herring Gulls were arguing over a recently deceased flatfish. 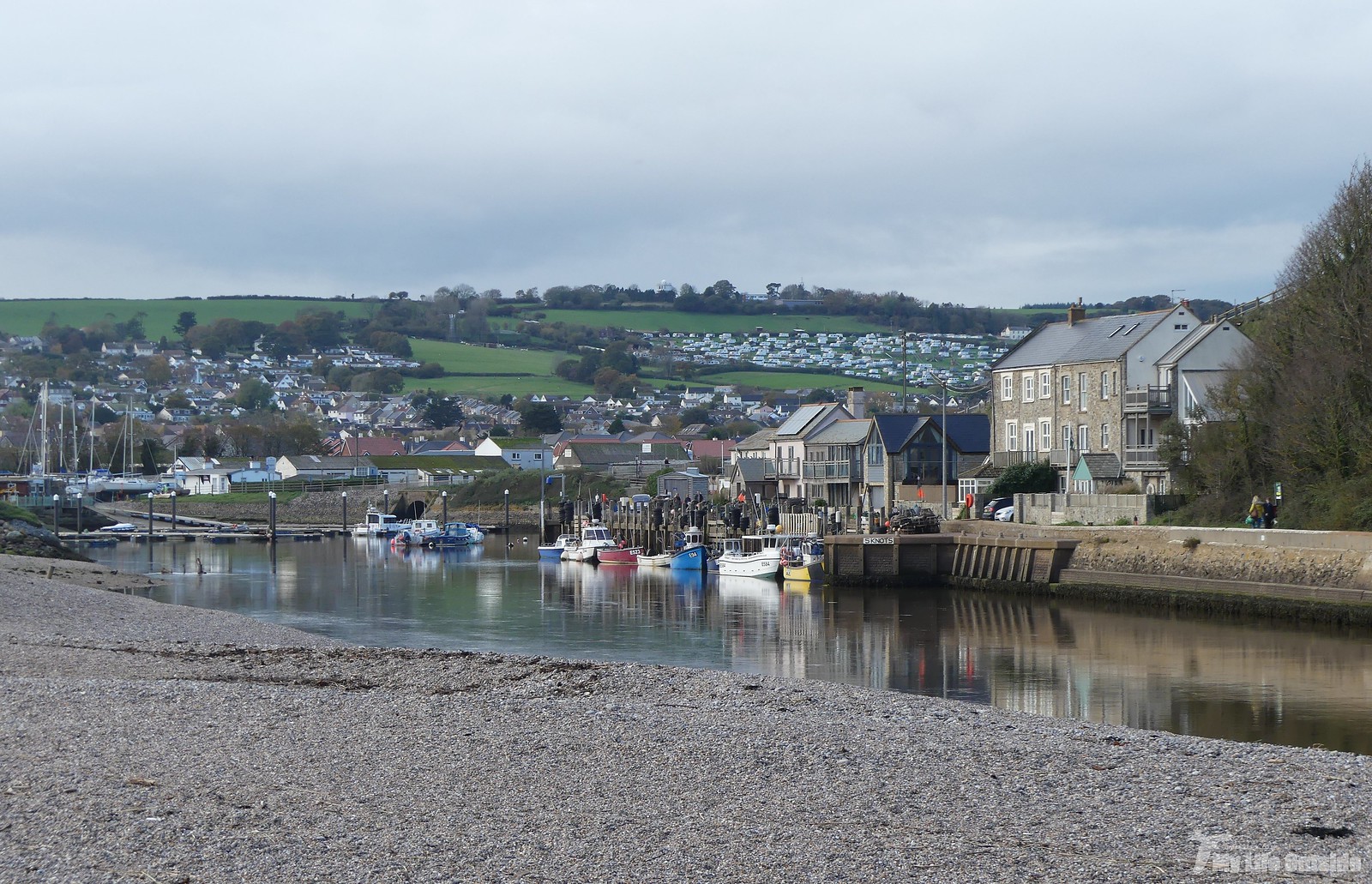 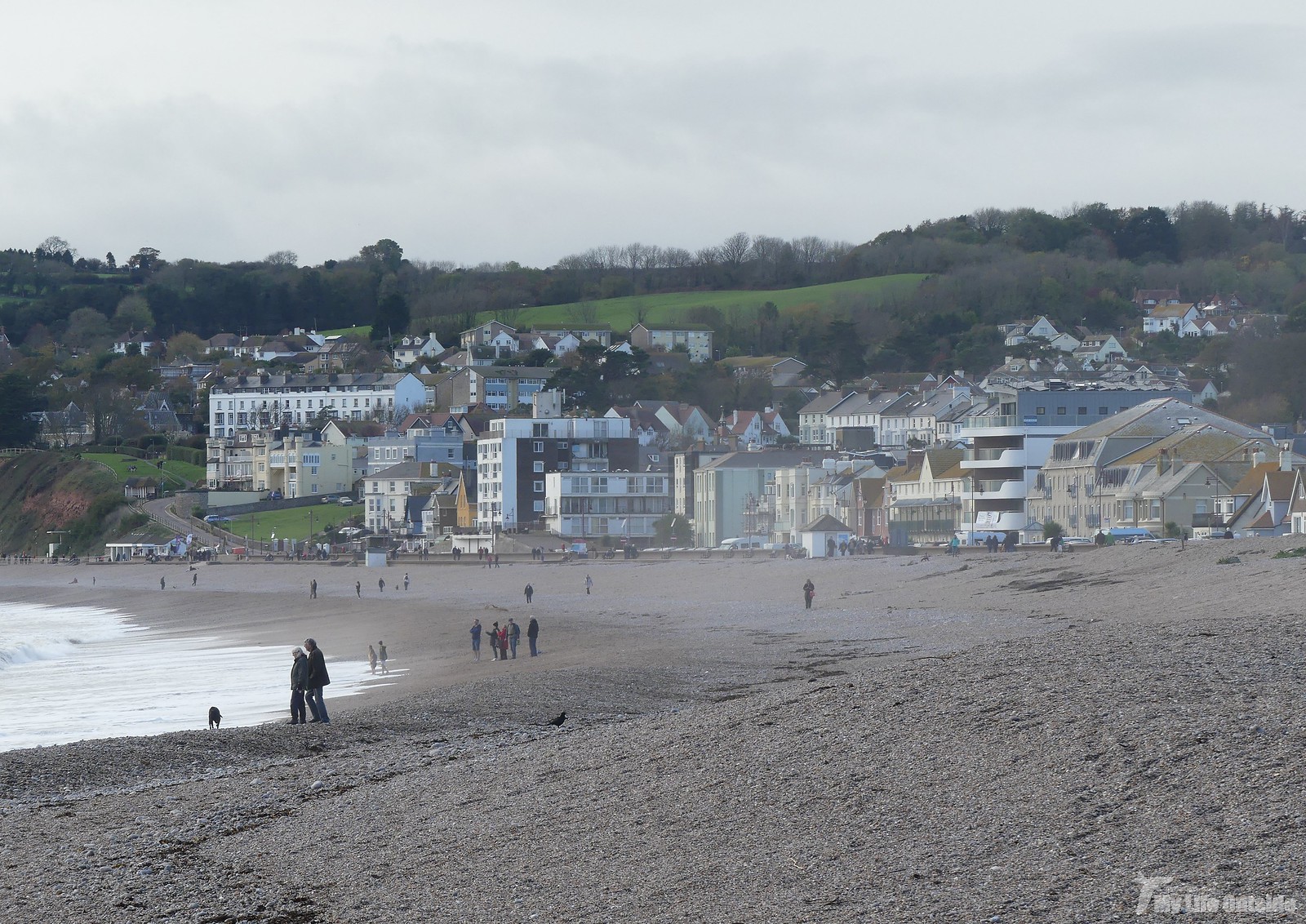 At this point rain brought an end to proceedings but by Monday the skies had cleared and we were once more enjoying warm sunshine. Very un-November like. The plan for the day was to walk a circular route from Lyme Regis to Charmouth and back, a task considerably easier before the ever moving cliffs decided to gobble the whole thing up. The diversion took us through the dappled shade of Timber Hill where we found ourselves surrounded by Goldcrest, Nuthatch, Treecreeper and a smattering of yet more Chiffchaff. I checked each of the latter in turn for something unusual but nothing was forthcoming. We did however get great views of a Buzzard pair which spent several minutes squabbling in the canopy above us. A Great-spotted Woodpecker and overflying Mistle Thrush welcomed us into Charmouth itself yet we didn’t see a single one of the numerous Redwing whose calls had been an almost constant presence overnight. 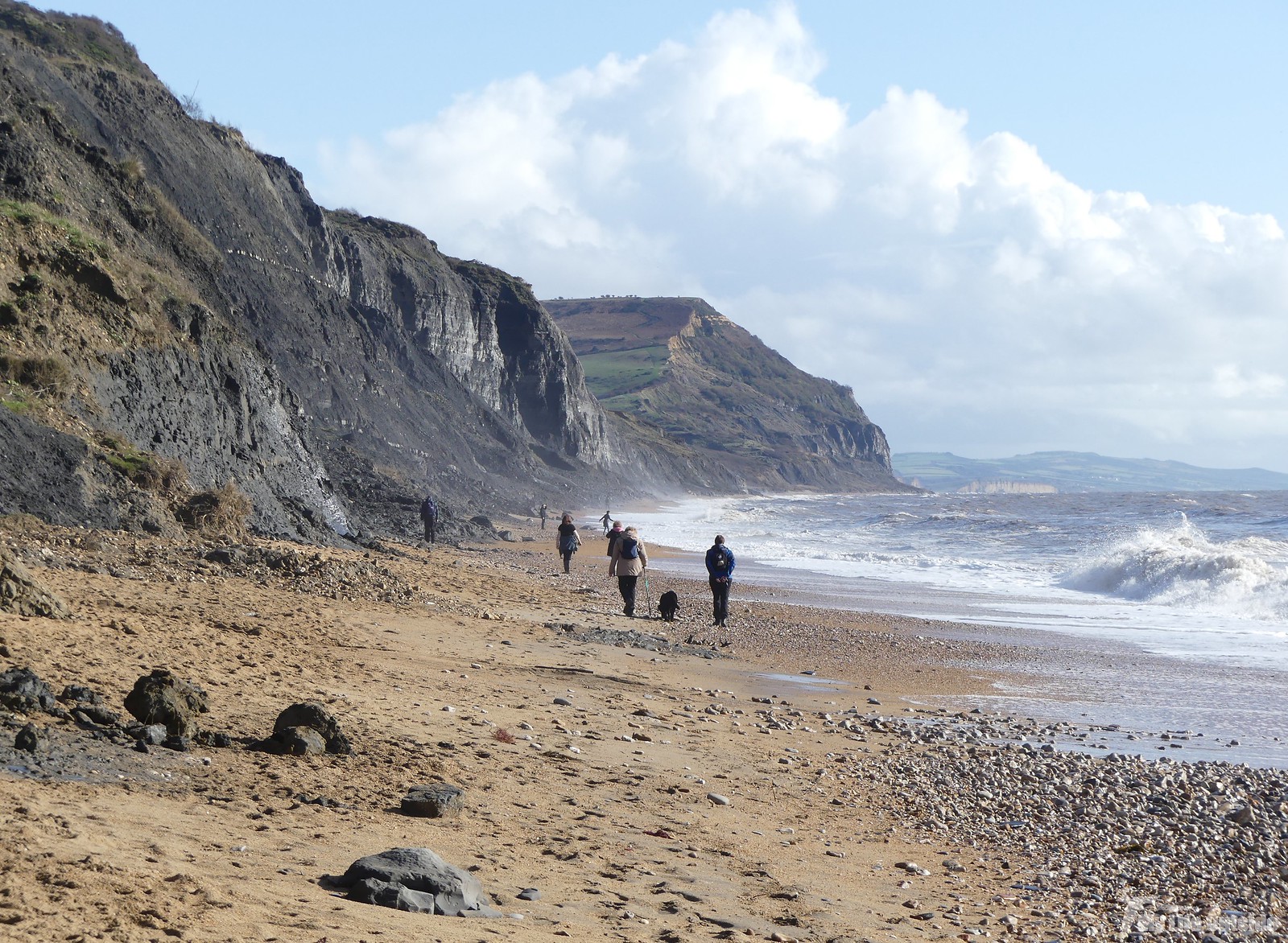 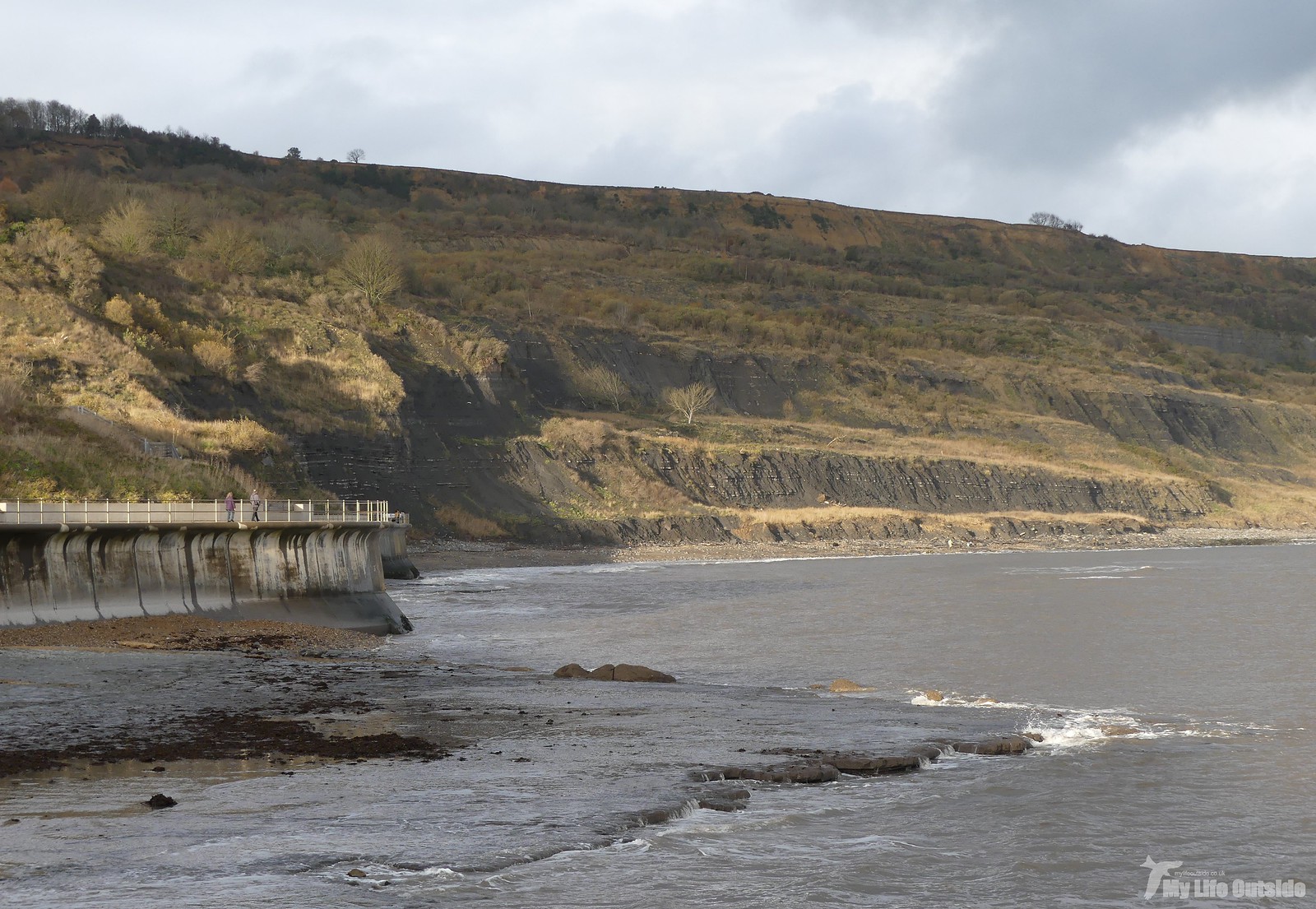 In gorgeous light the beach looked stunning and we spent the rest of the day pottering our way back to Lyme Regis, fossil hunting all the way. This section of Jurassic Coast is famous for its fossiliferous cliffs and in the past have yielded to me several Ichthyosaur vertebrae, Ammonites and hundreds of Belemnites. Pickings were a little slimmer on the ground this time, helped in no small part I’m sure to the previous week having been school half term, but we still came away with a couple of perfectly preserved Pyrite Ammonites.

Amazingly the good weather continued into Tuesday so it was off to Dawlish for a little bit of geekery. Many of you will know this area from the ferocious storms a few years back which saw a stretch of the seawall destroyed along with the railway line and road behind. Thankfully everything was a lot calmer for us and we thoroughly enjoyed a morning stroll along the front complete with a small flock of Turnstones. 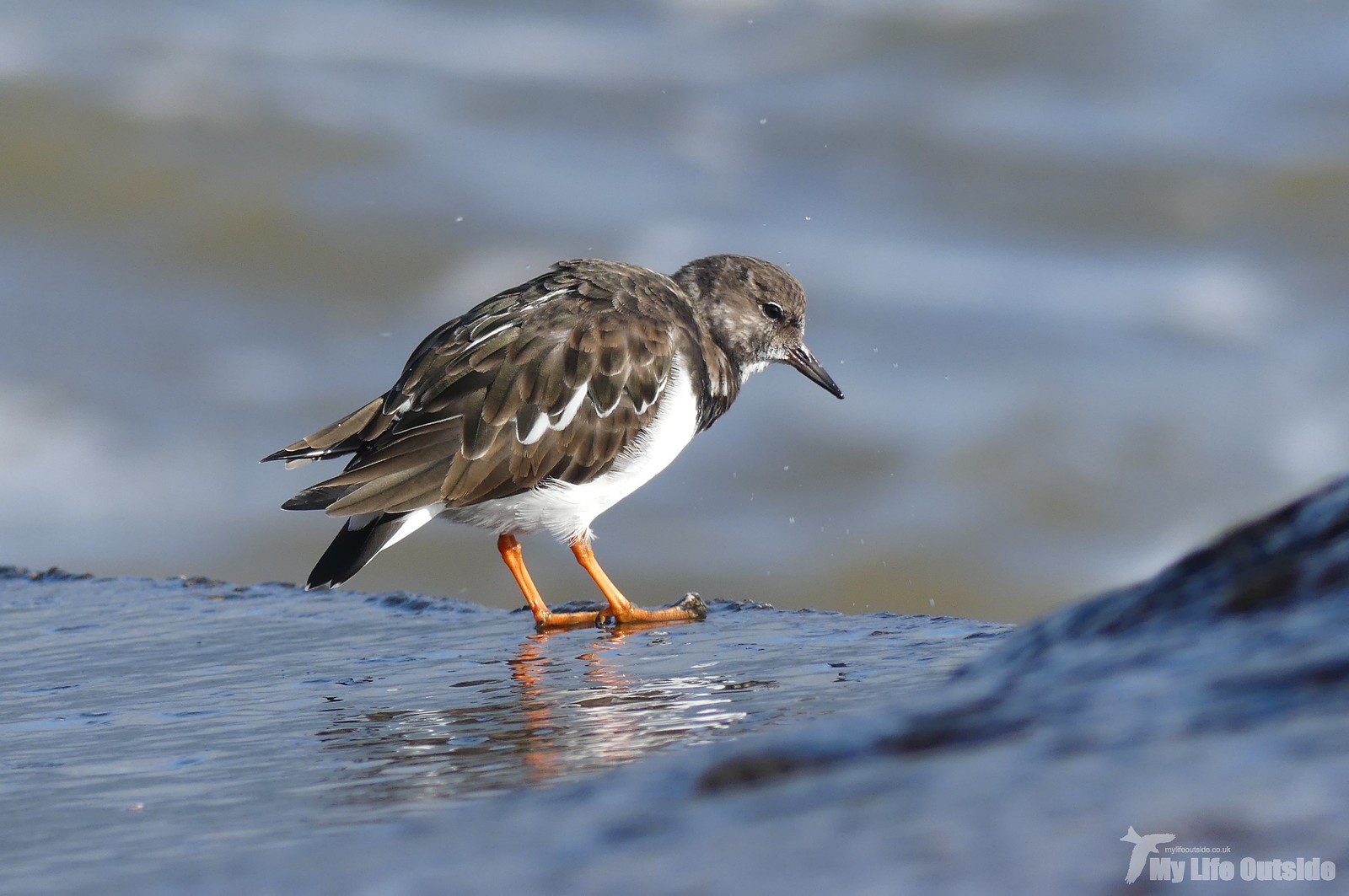 Of course I couldn’t resist indulging the inner train spotter and with such a busy timetable there was no shortage of subjects at which to point my camera. 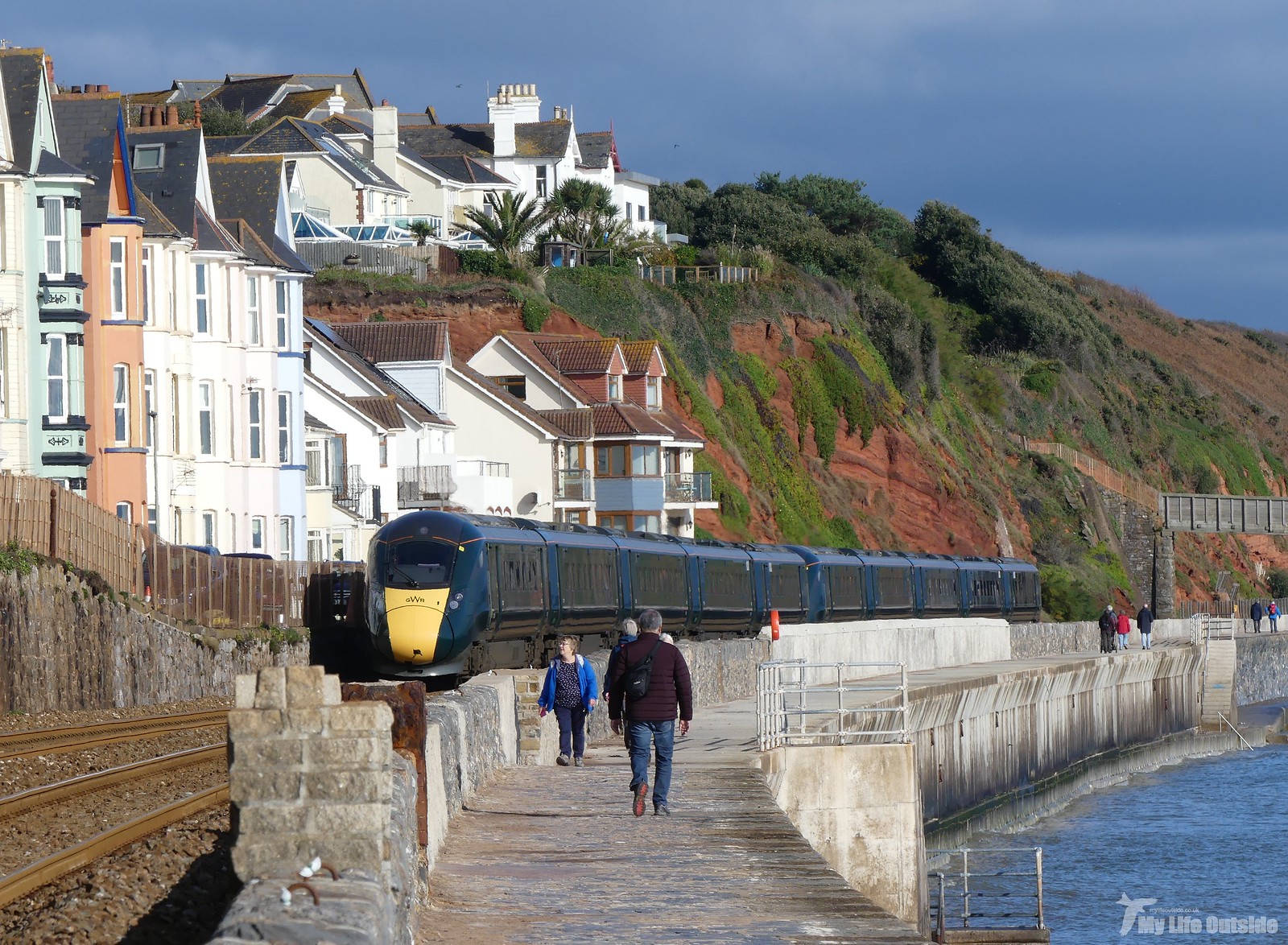 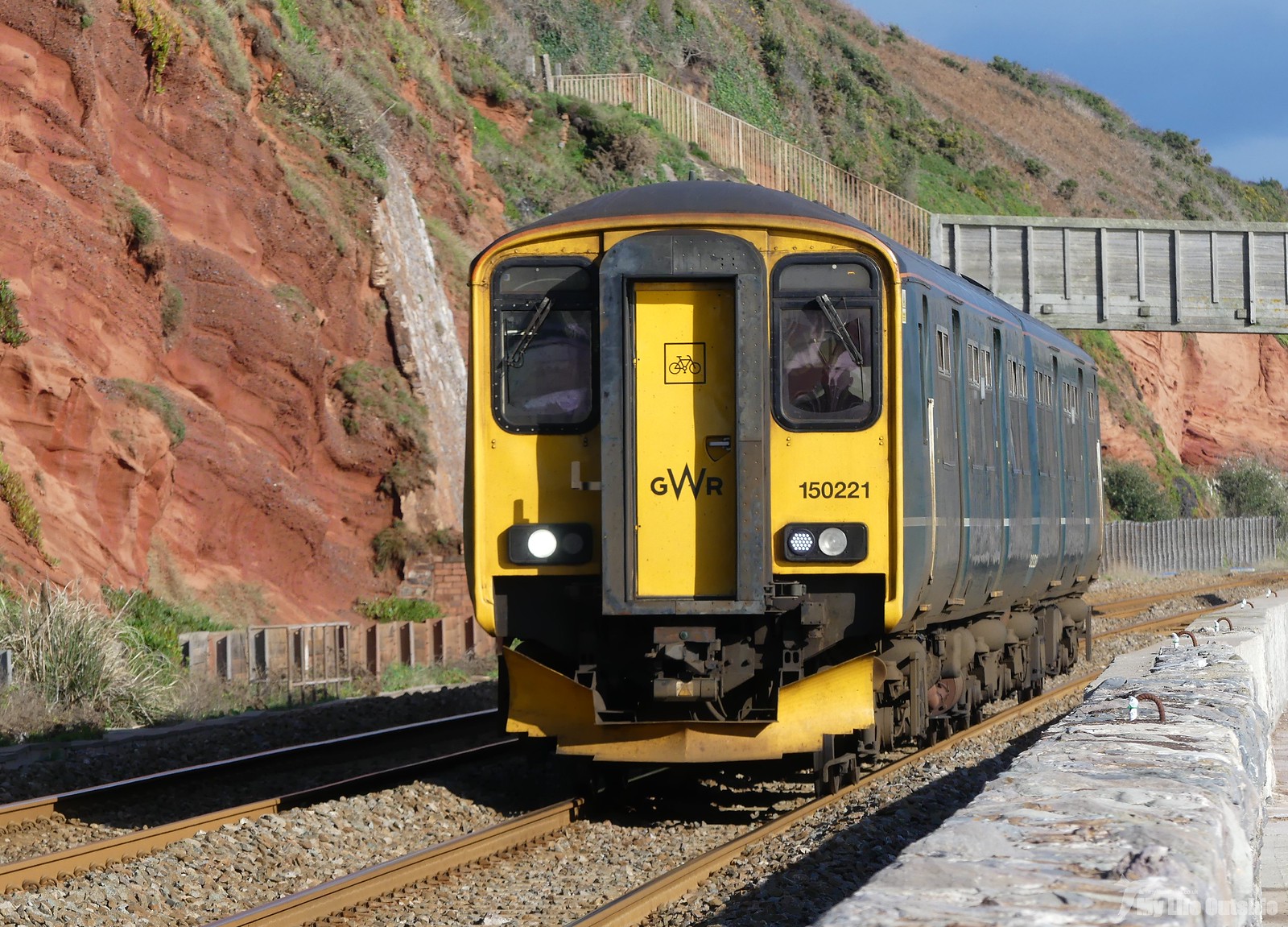 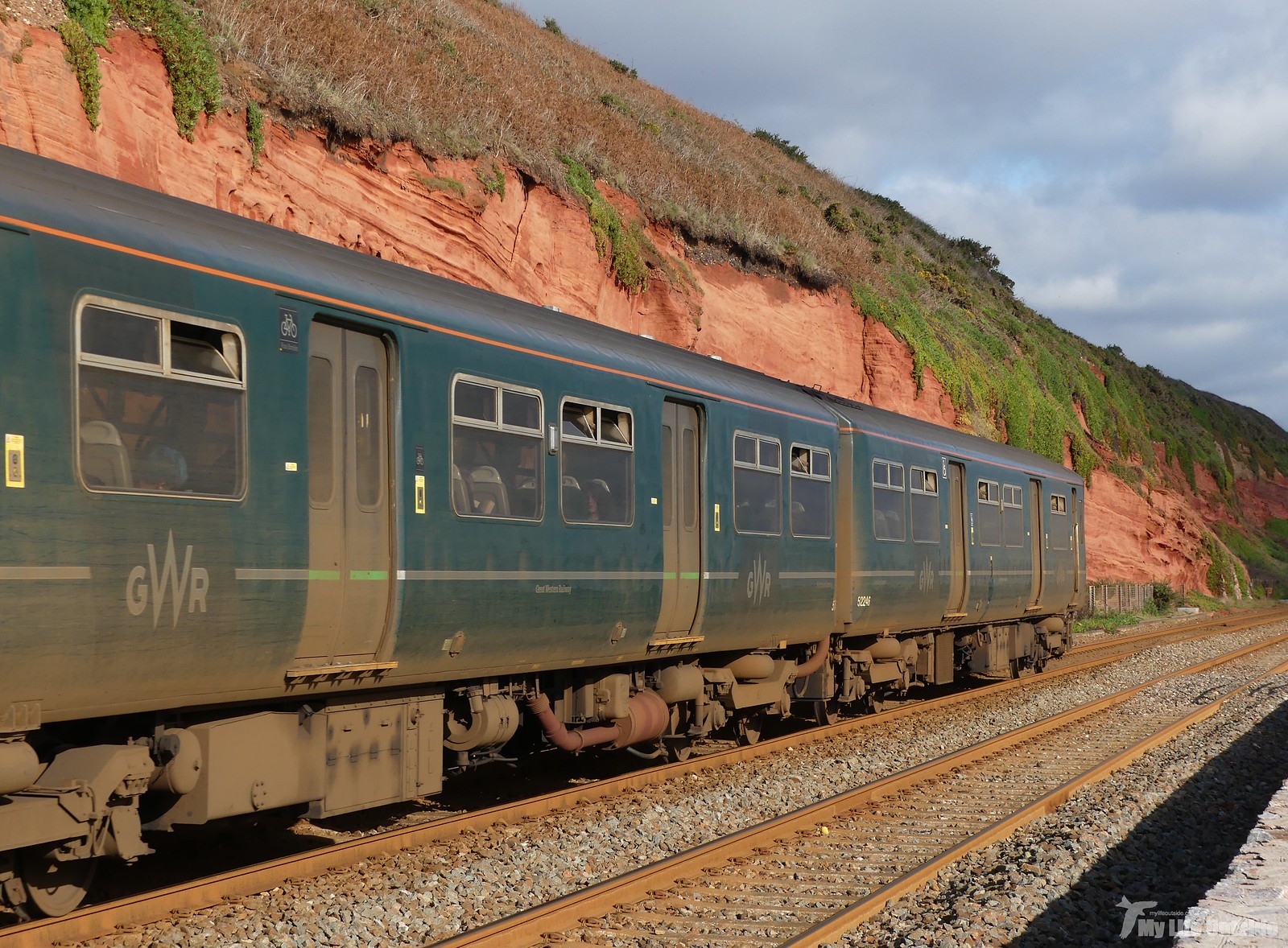 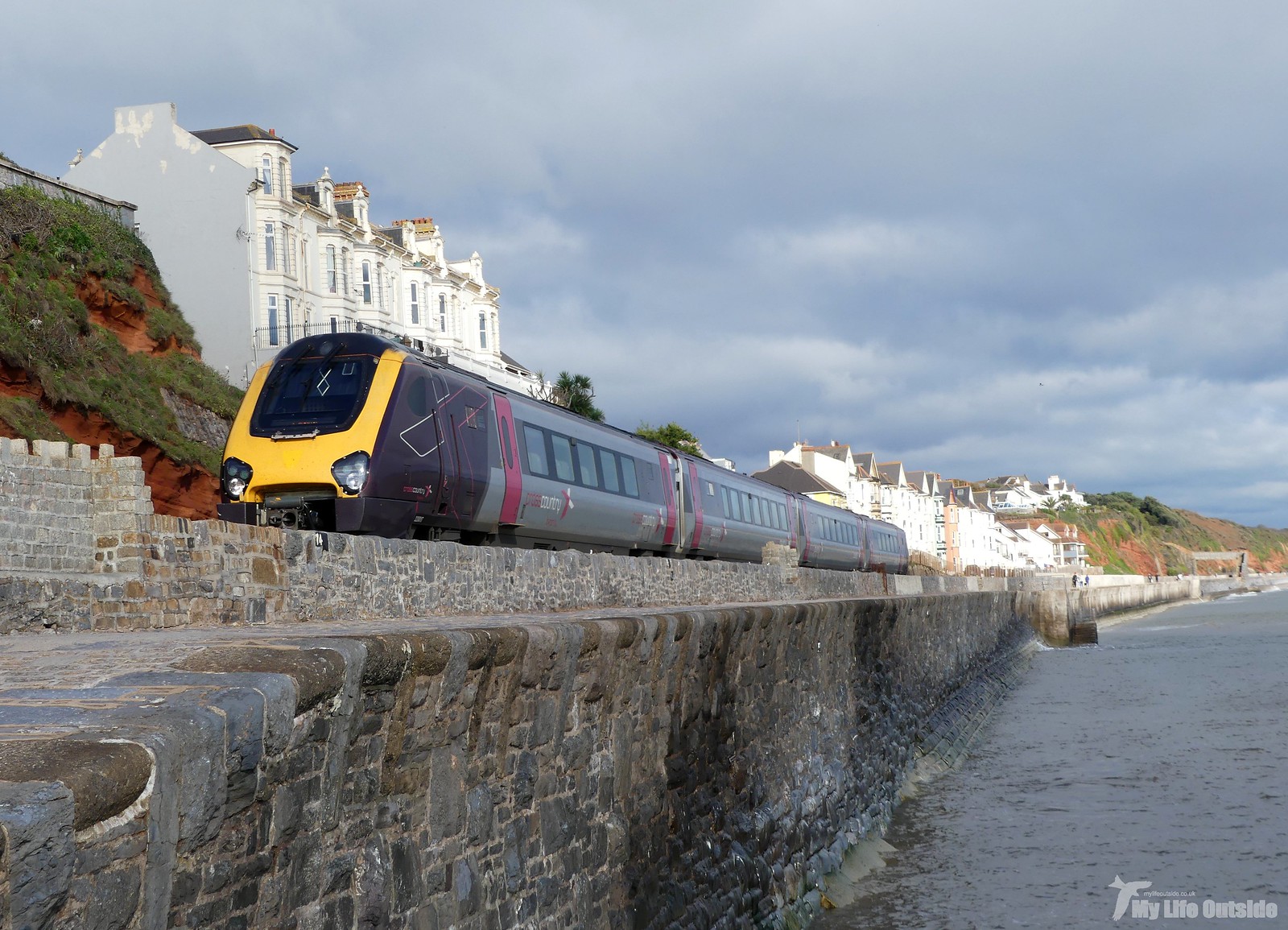 Out to sea a couple of Gannets were diving and they were still present by the time we’d made it to the nature reserve at Dawlish Warren. Walking the beach added Oystercatcher before we moved landward to enjoy lunch in the company of hundreds of Brent Geese. Their contented calls made for a fabulous backdrop but better was still to come. 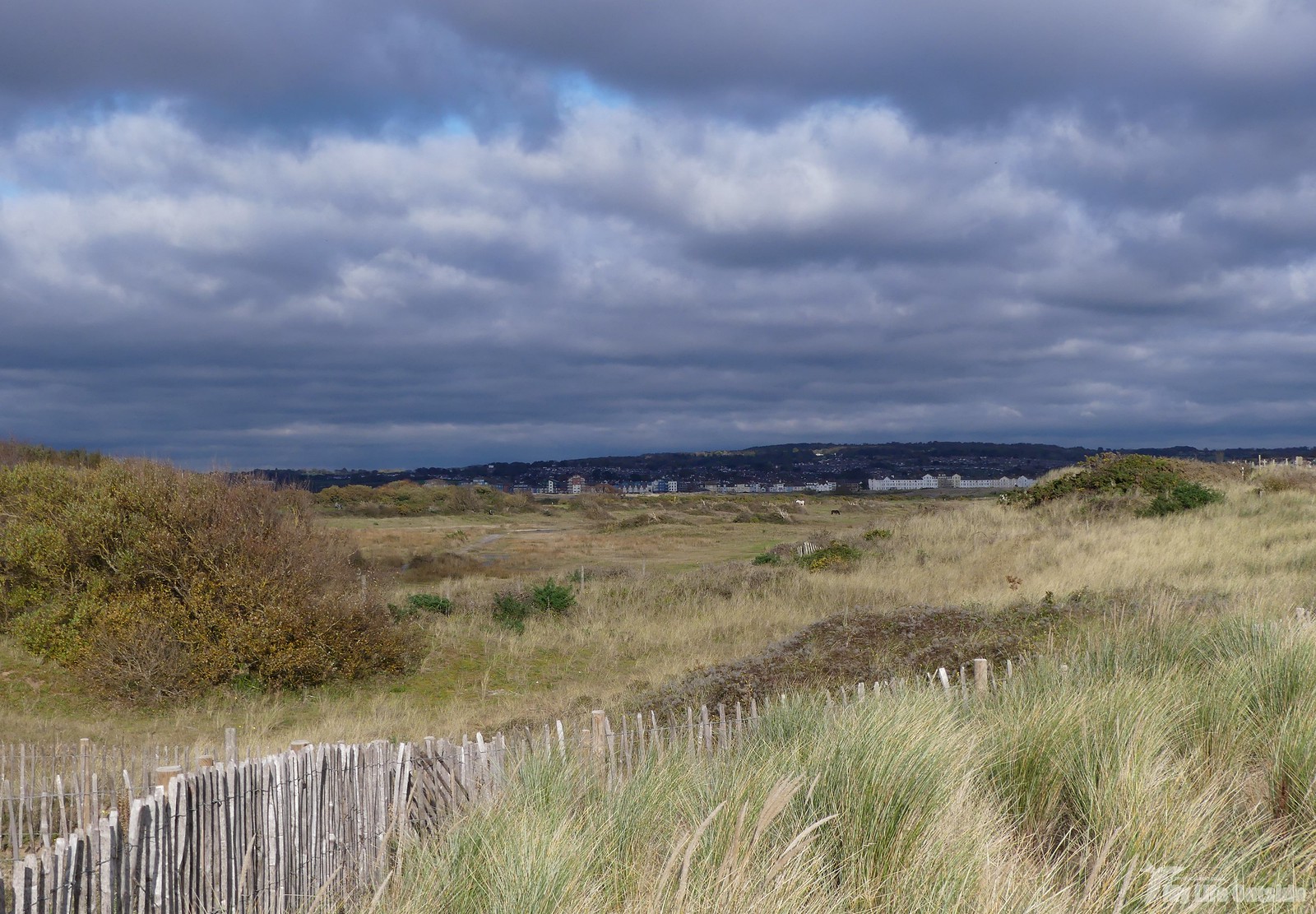 Following a dead end path we were about to turn back when a familiar call and flurry of small birds stopped us in our tracks. And when I say familiar that is to say familiar abroad as this was a species I’d yet to see in the UK, assuming we could find it again! Thankfully luck was on our side and soon we had four fabulous Cirl Buntings in our sights. In a country not particularly known for its bright plumages this splash of colour was a welcome contrast to the increasingly dull conditions. 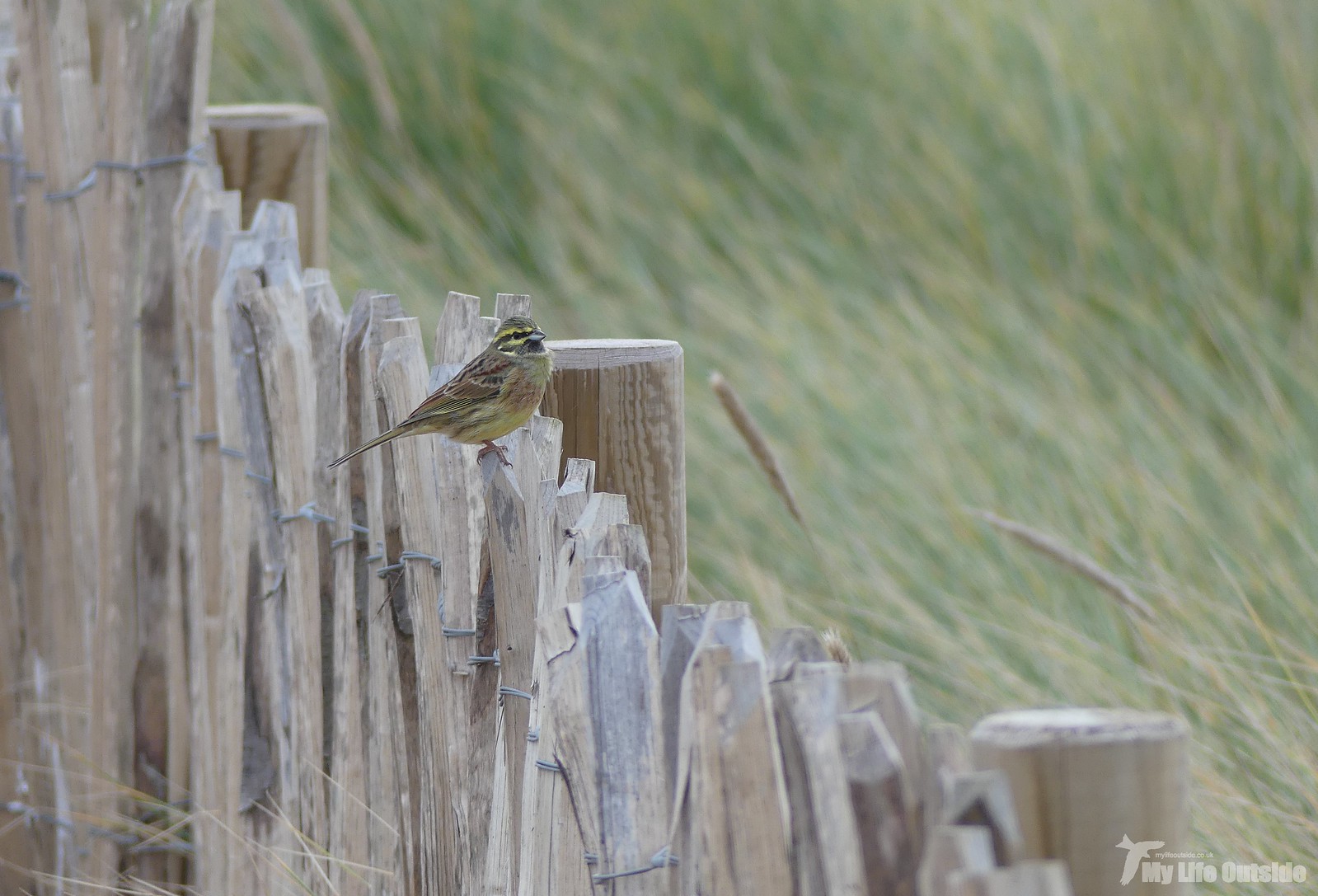 With rain starting to fall we bade the Cirl Buntings farewell and headed for the car. A couple more Goldcrests were skulking through the undergrowth and in a break from the norm I actually found a couple of Linnets which didn’t leg it as soon as we appeared. 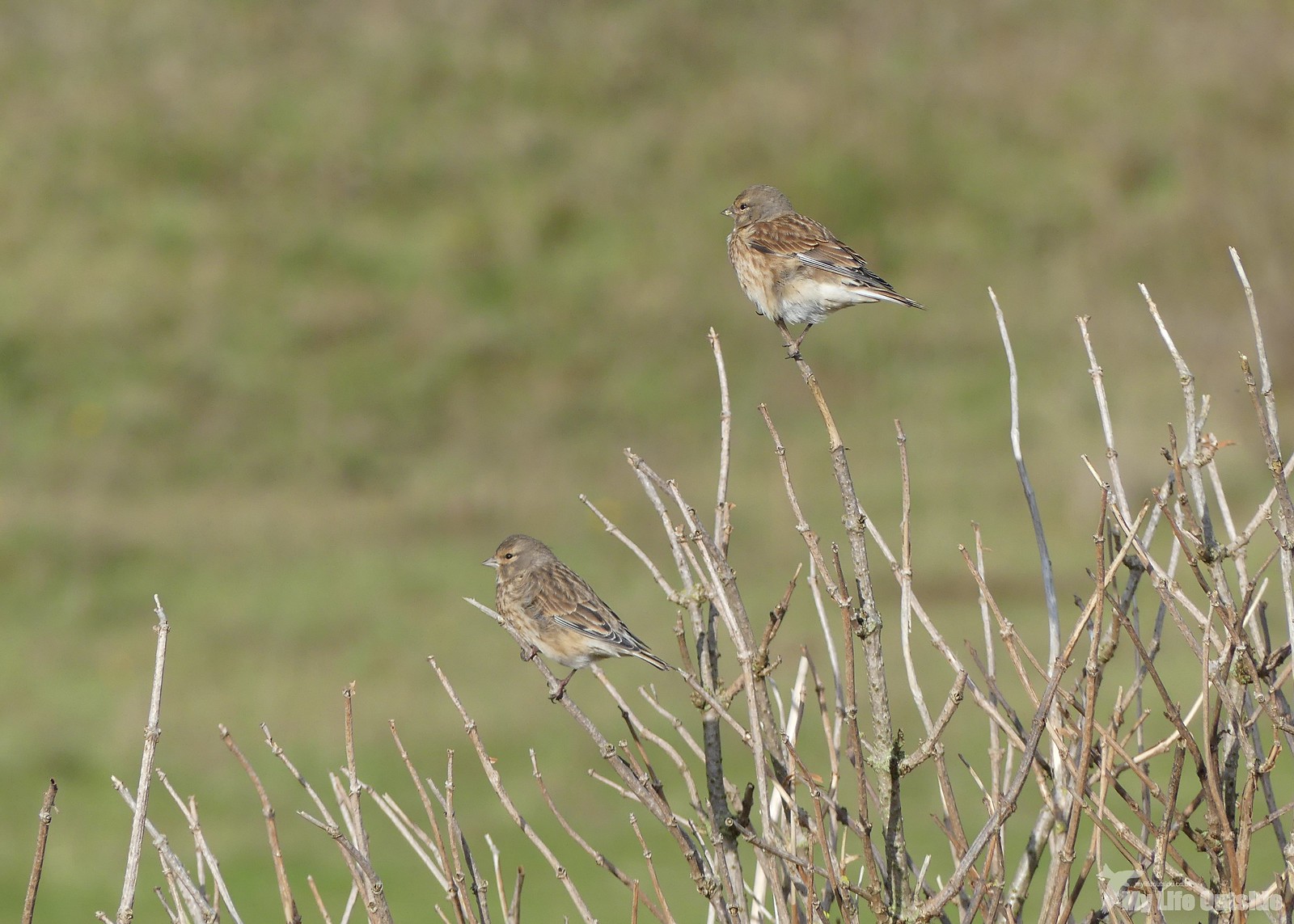 An excellent couple of days all round but there was even better to come.