November is rapidly turning into a stellar month on the Glamorgan birding scene with rarities popping up all over the shop. From Snow Buntings perched on car mirrors to worm eating Long-tailed Ducks, there’s been enough about to tempt even those most ardent of patch workers to stray. Having spent the best part of this year exploring the length and breadth of the country rather than tramping across our own local hills I had even less holding me back than normal. Inevitable then that with much of the action focusing on Kenfig we would find ourselves amongst it’s dunes come Sunday. 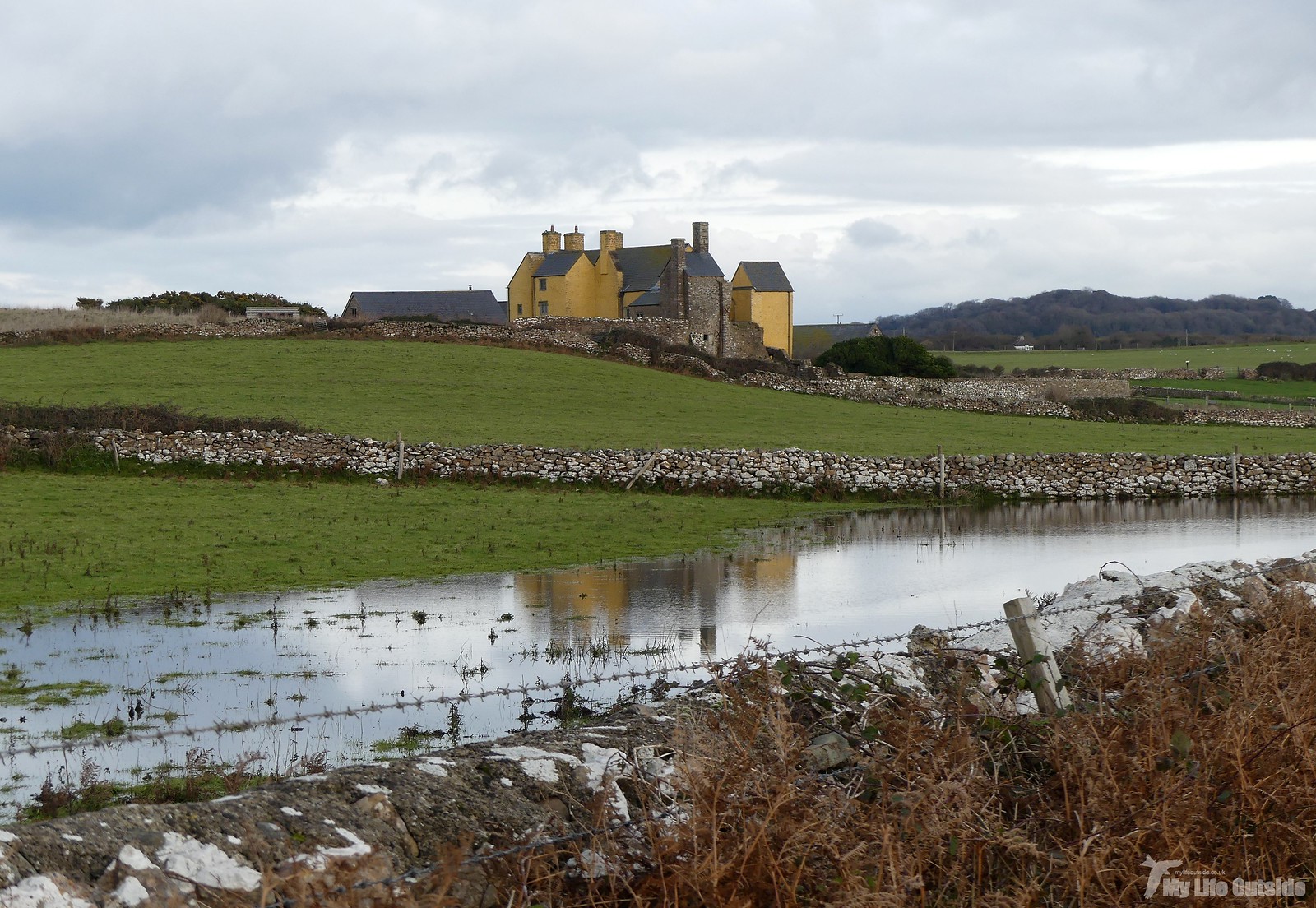 Eschewing our usual circuit of the main pool we instead made a beeline for Sker Farm where seasonal flooding has formed a large lake just inland of the beach. It was no surprise to find plenty of raucous Herring Gulls making the most of these new feeding opportunities (heard long before they were seen) but we were here for something a little more unusual. That a Long-tailed Duck turned up during recent storms is unexpected though not especially so, but having then decided to stick around for over a week? Those aforementioned worms must be really tasty. Whatever the motives I’m a sucker for sea ducks of any form and it was a delight to spend time with this juvenile, albeit in pretty appalling light. 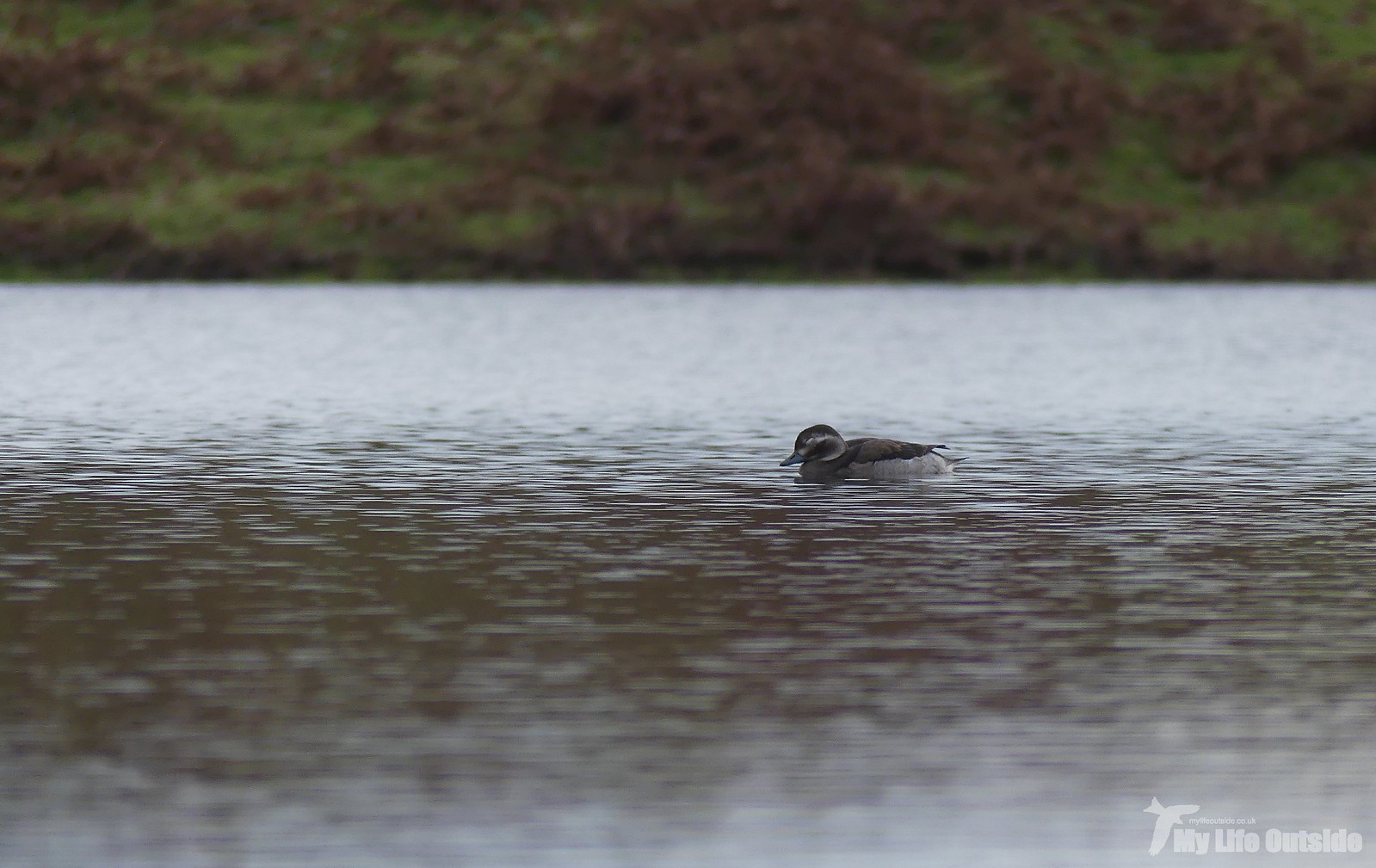 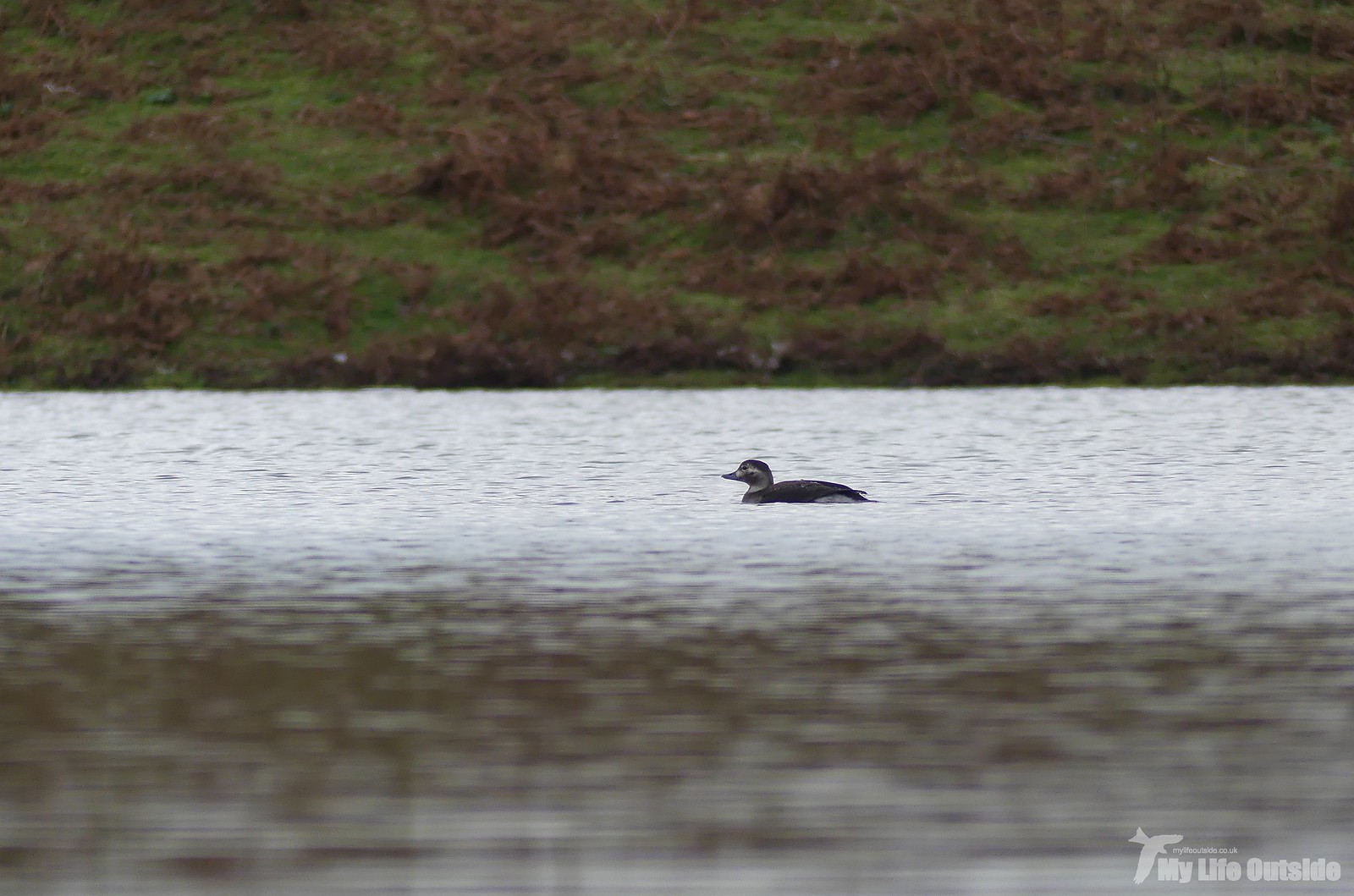 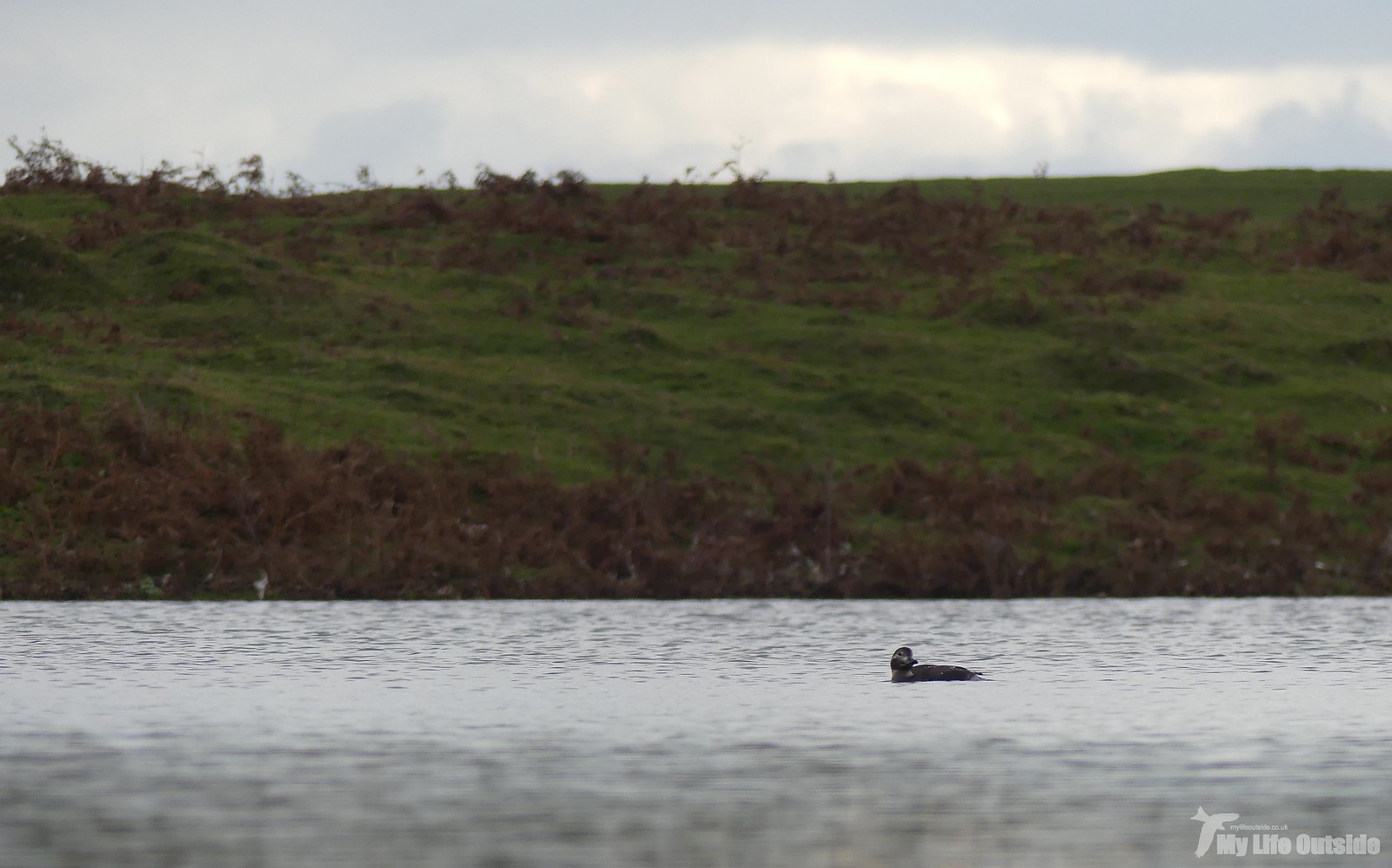 As with most water going subjects the Long-tailed Duck managed to find the exact middle of the pool and was determined not to stray even a metre closer to either bank. As a result I couldn’t capture the frame filling shot I was after but we did get great views including plenty of preening action and some brief vocalisations.

A supporting cast of Curlew and Lapwing were milling about whilst overhead eighty or so Golden Plover piped their way in off the coast. There was also a male Sparrowhawk present which I gather has been here across the weekend but I doubt anyone has had quite as close an encounter as mine. Peering over a low stone wall I found myself pinned by a pair of piercing yellow eyes, strong wing-beats closing the gap between us rapidly until only at the last moment did the Sparrowhawk veer away, perching up on a distant post with the sound of wind rustled feathers still flowing through my consciousness. Was this a territorial warning or simply a case of not being spotted until it was almost too late? There’s no way of knowing for sure but it certainly felt like a threat at the time.

Sker had one last treat in store before we moved on and for anyone who’s read this previous entry, you might have an inkling as to which species I’m referring. Yes, for only the second time in almost a decade we actually managed to get great views of one of the resident Little Owls, on this occasion perched along the barn roof. We’d clearly been spotted however and after some rapid head swivelling it was bon voyage Owl and that was the last we saw of it. 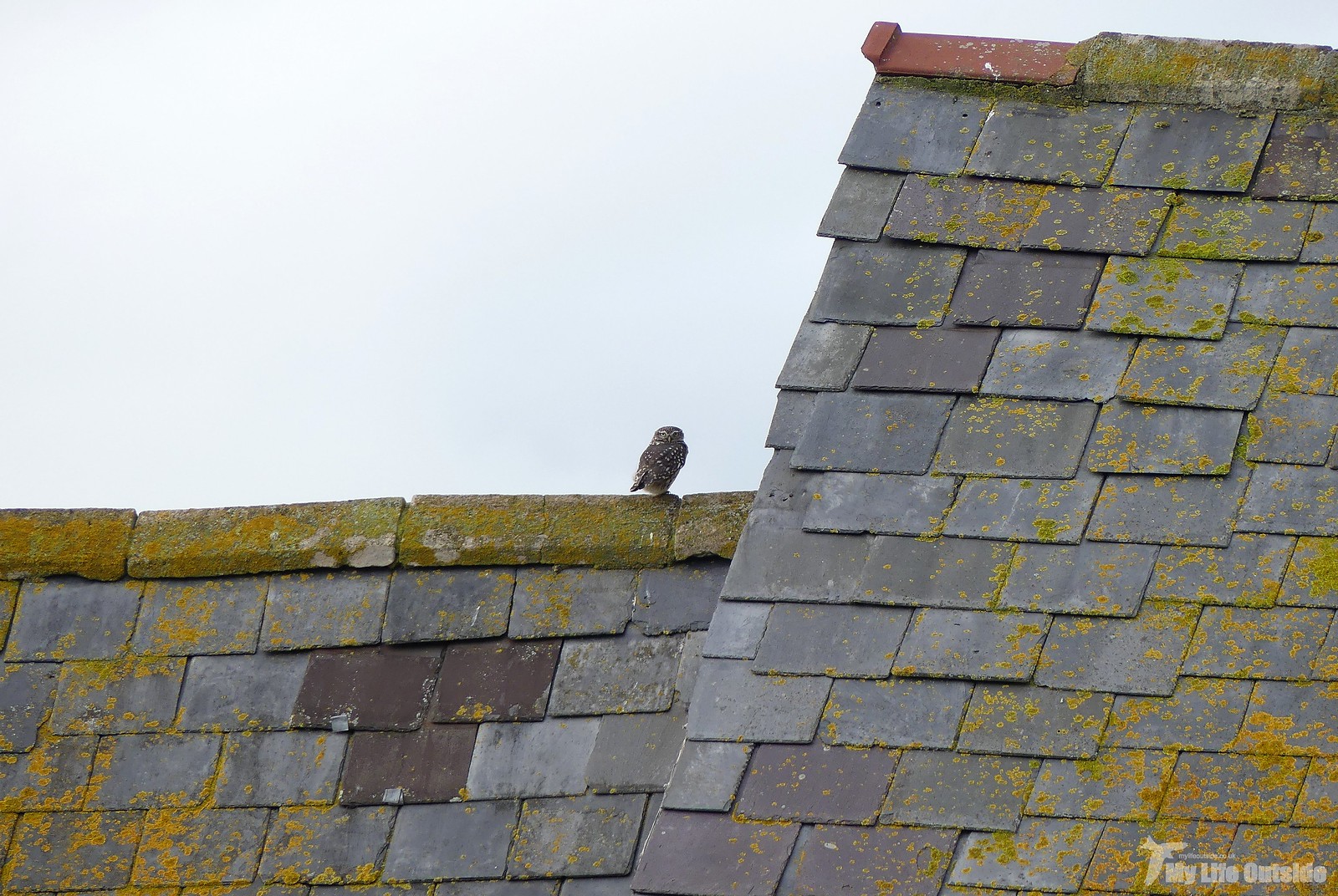 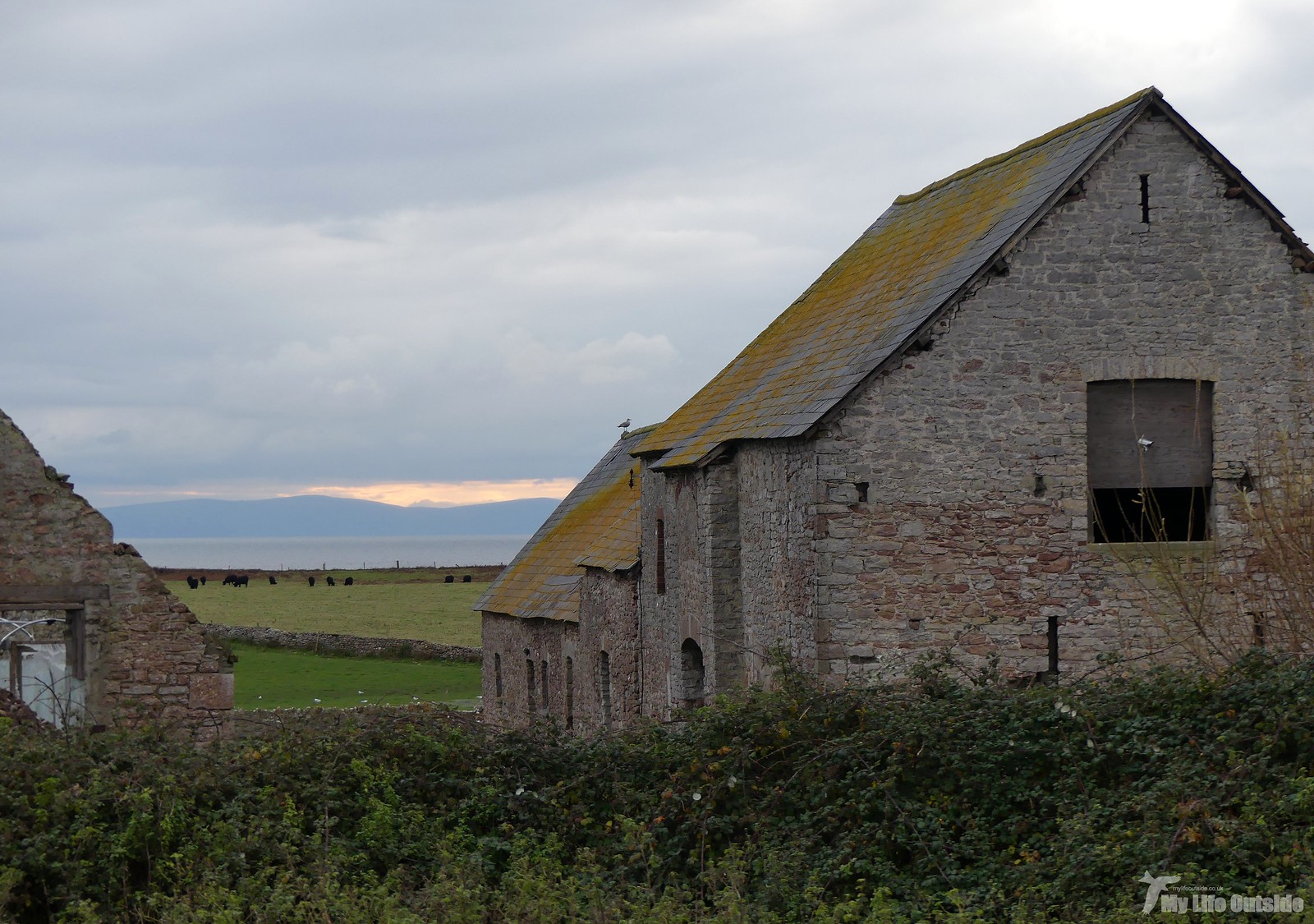 So two new year ticks in the bag but could we go one better? You know I think we can. On Friday a Red-backed Shrike was reported along the Royal Porthcawl golf course boundary (good walk spoiled etc) but with no reports on Sunday I wasn’t sure if the bird had moved on or people just hadn’t been able to connect. With no-one obviously looking we made a slow pass of the whole area and had pretty much given up hope when a distant House Sparrow caught my attention. By now the light really was failing, despite being only mid-afternoon, and with some distance to the subject that’s my excuse for an almost catastrophic misidentification – and I’m sticking to it. Only by reviewing a terrible record shot on the camera did I spot my error but of course by then the Shrike had done a bunk. Thankfully it hadn’t gone far and perched up for some more dubious photography a couple of minutes later. 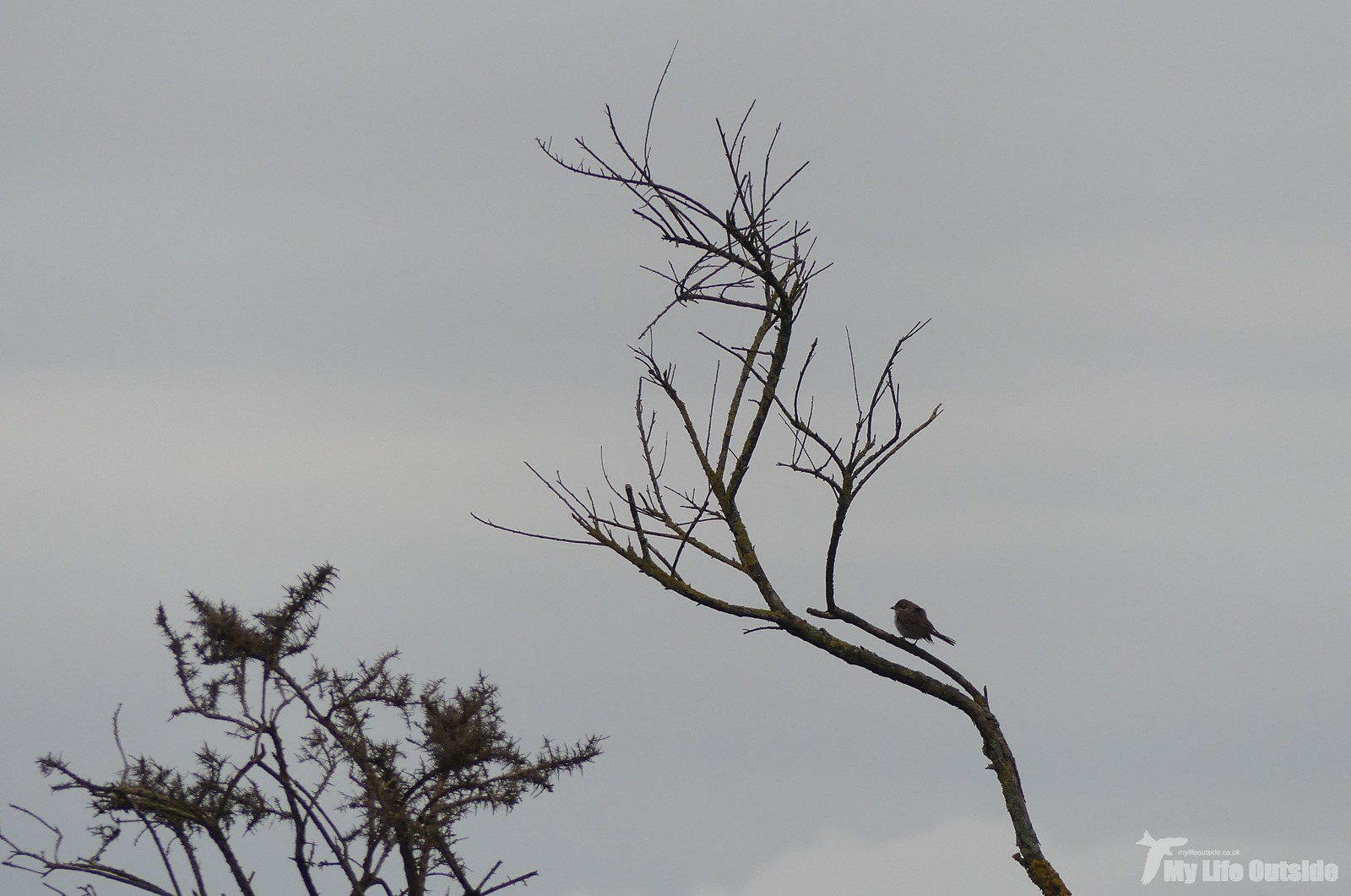 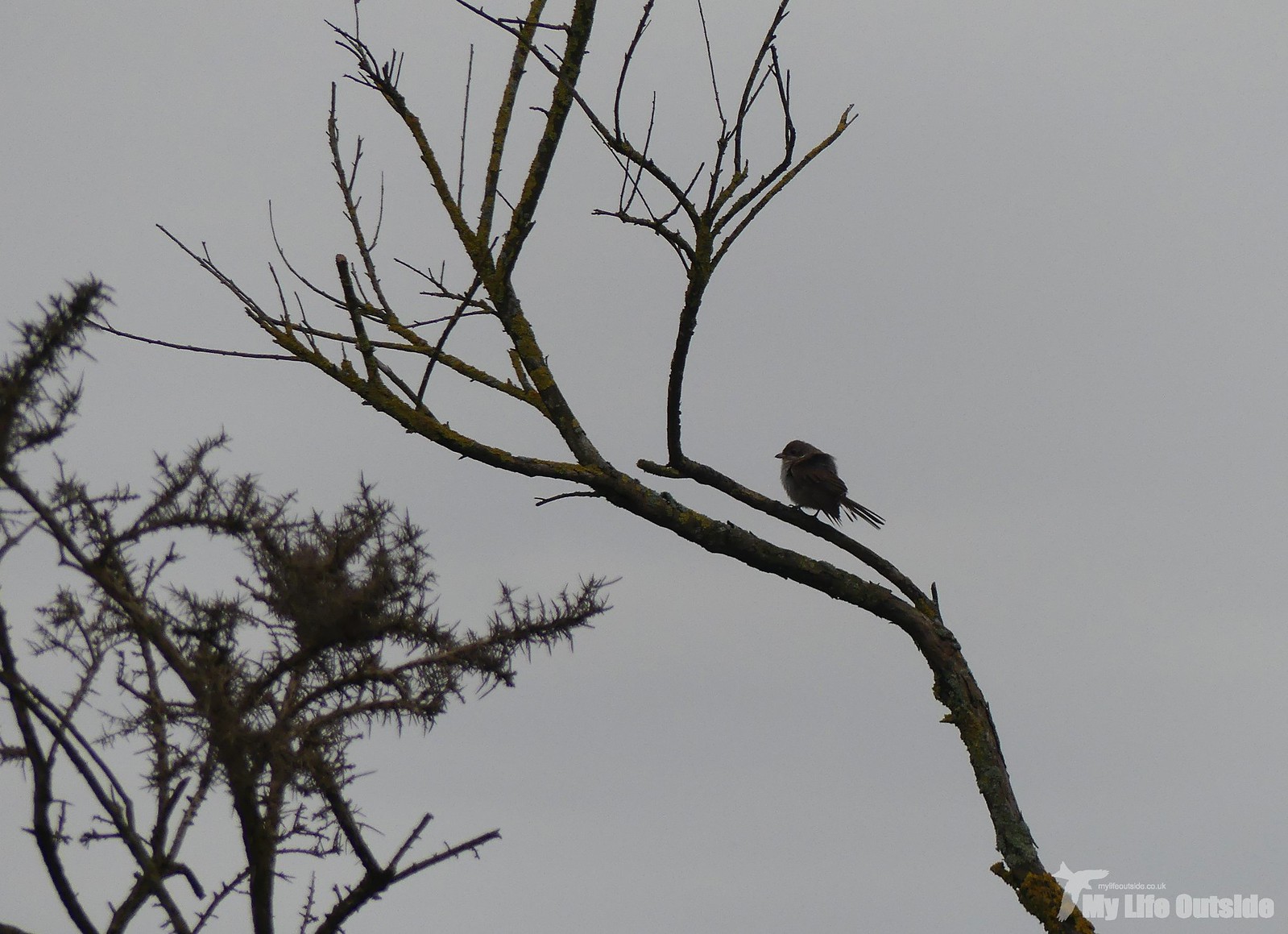 Now Red-backed Shrike is a new life tick for both of us and coming within sight of where we’d seen both the Little Owl and Long-tailed Duck that makes for a mighty impressive few hours in the field. All credit to the initial finders for getting the news out, particularly in the case of the Shrike which is elusive and tricky to find even when you know it should be there!

Walking back to the car a Brown Hare was a first for me at Kenfig whilst most bushes had at least something hopping about. I’d have loved to have had more time to search them all as at the moment it feels like just about anything could turn up there. 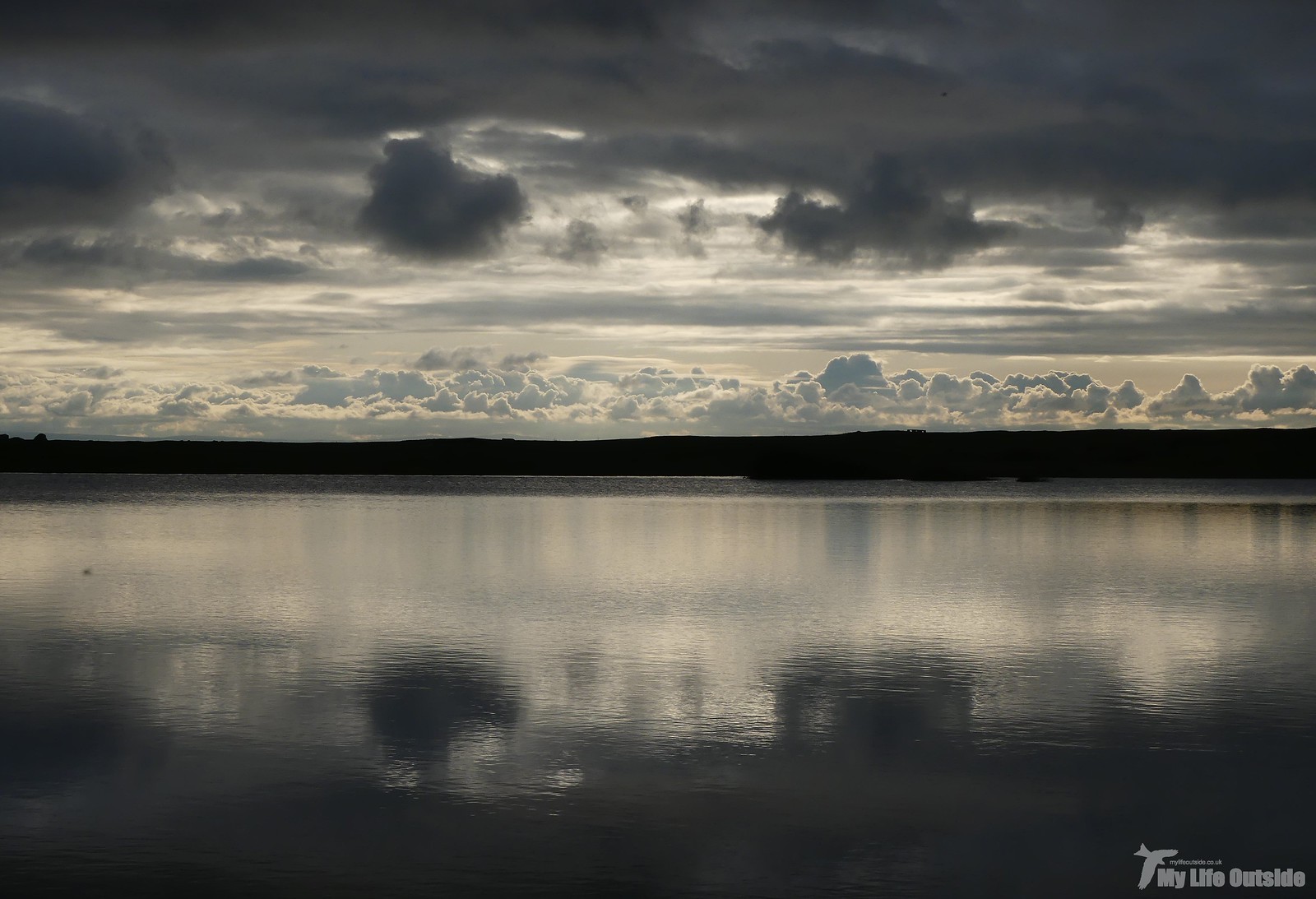