Tornado and the Pembroke Coast Express

Sunday before last saw an unusual visitor arriving here in South Wales and as you might expect from a land steeped in myth and legend, this was to be no ordinary cross-border incursion. Indeed, playing the Welsh very much at their own game what emerged from the Severn Tunnel in a cloud of smoke and steam was a true fire breathing marvel. With sun glinting off pristine green plating there could be no mistaking the power and pedigree of a machine which epitomises everything great about British engineering. Oh yes my friends, Tornado was on her way.

For those not familiar with the extraordinary tale of how Tornado came into being, first a little history. It all began back in 1990 with a group of people and an incredible ambition – to construct a brand-new Peppercorn A1 Pacific, what would be the first mainline steam locomotive built in Britain since 1960. Why the Peppercorn you ask? Simply because it is one of the few classes of engine not to have survived into preservation, all of the original forty-nine examples succumbing to the scrap man’s cutting torch when steam fell out of favour. Work on the project began in 1994 with full certification coming some fifteen years later in January of 2009. The obstacles along the way were numerous but the results, as you’ll soon see, speak for themselves.

Sunday’s excursion for Tornado was billed as the Pembroke Coast Express, a return trip from Bristol to Tenby which would rather handily be passing right through our home town. With our best views however coming from the M4 an alternative vantage point was required and as second choices go, you could do a lot worse than Kidwelly Quay. Across the estuary we’d be able to watch the train for a good half mile or more with the added bonus of a little birdwatching while we waited. The sun even shone. 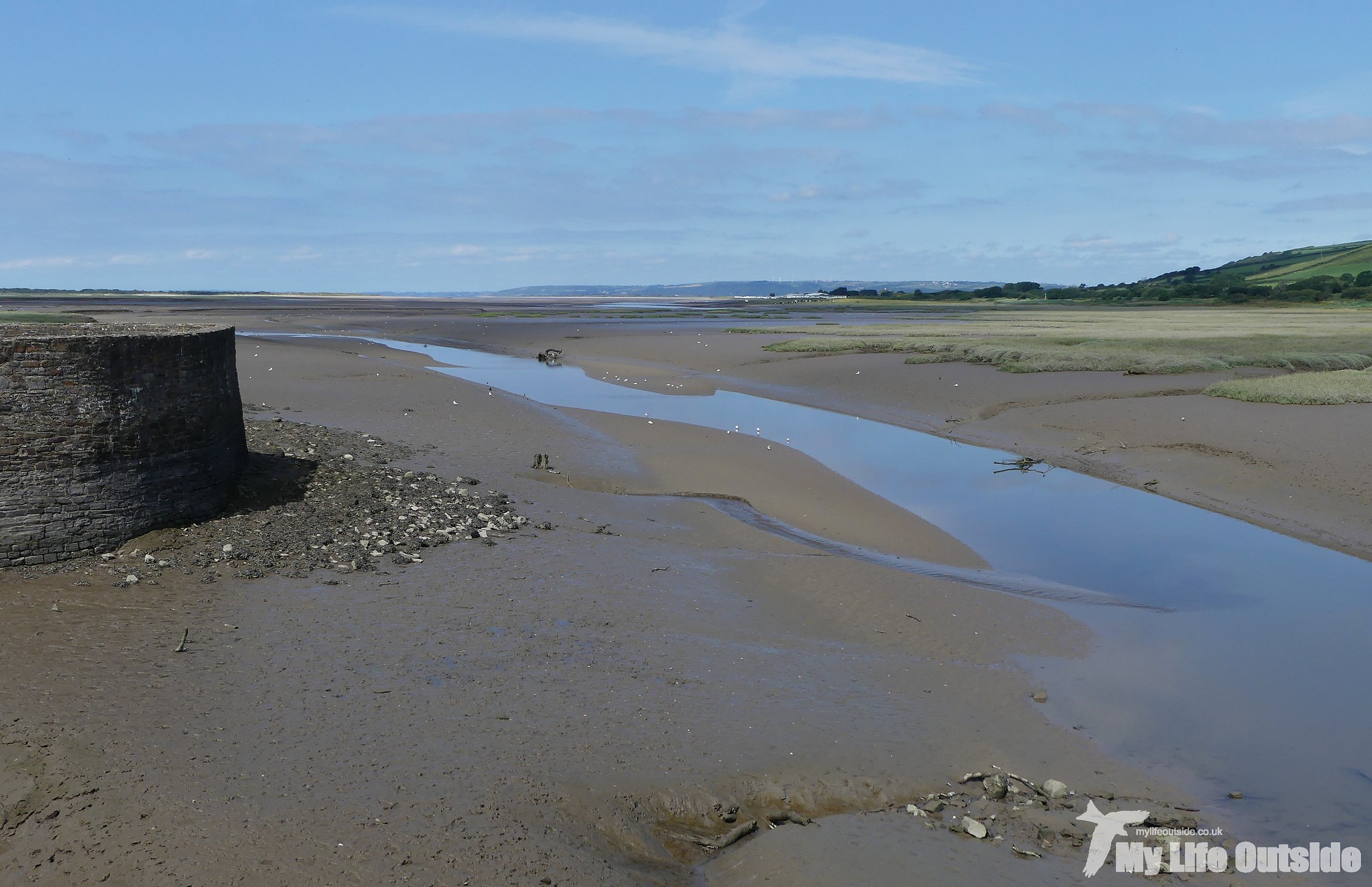 That was of course until Tornado herself arrived bringing with her a slow-moving cloud but even so, the views were spectacular and more than satisfied the gathered crowd. 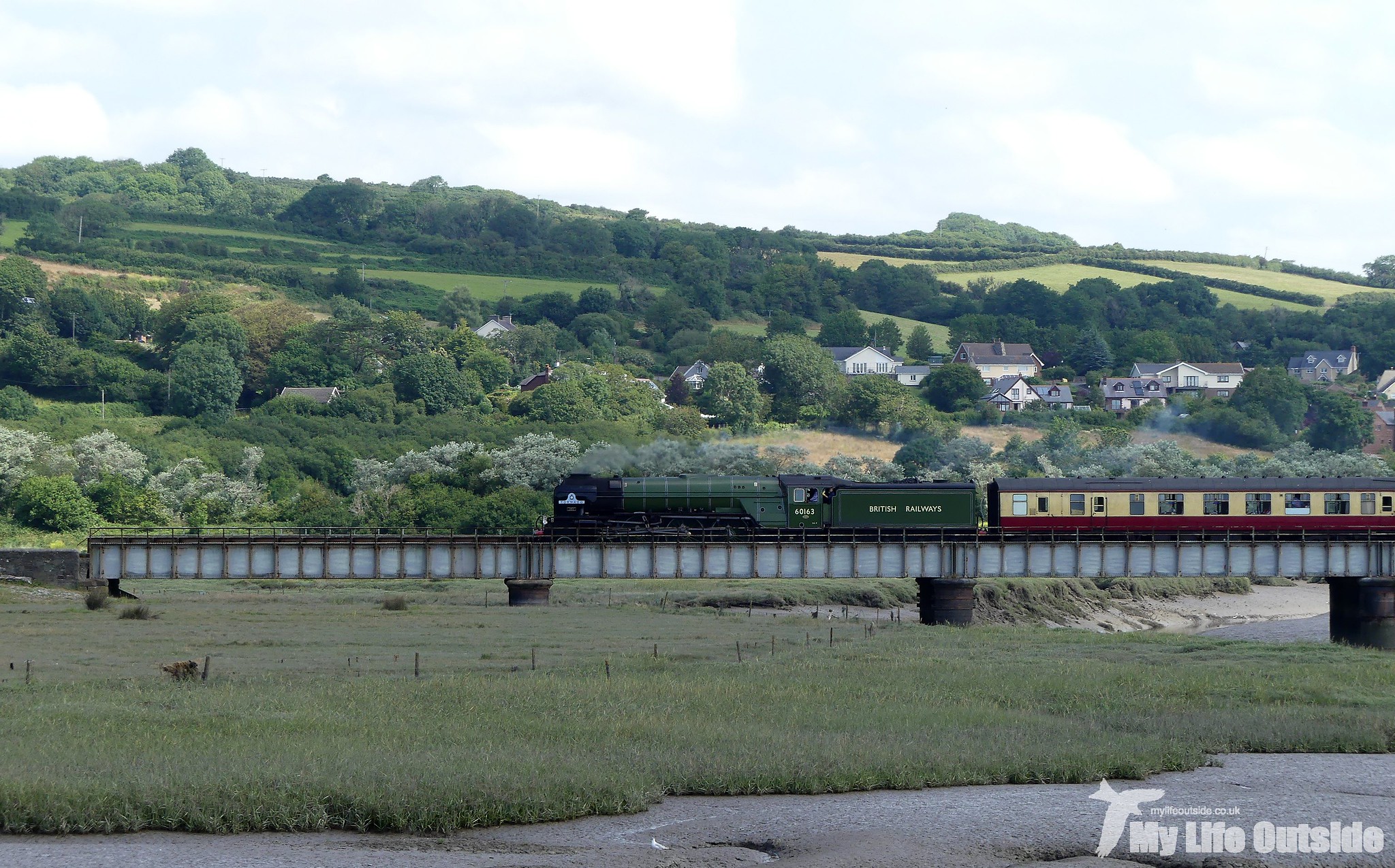 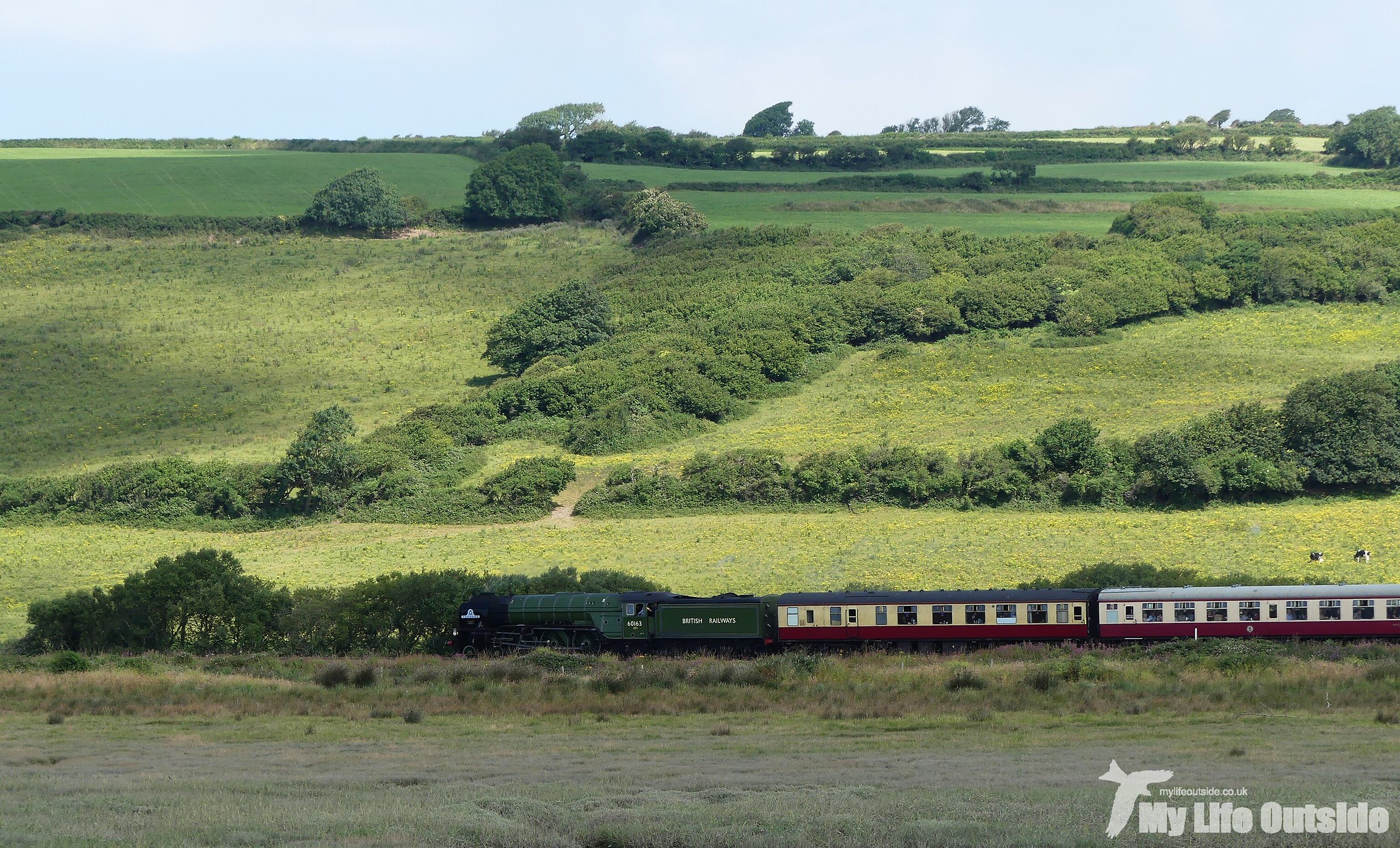 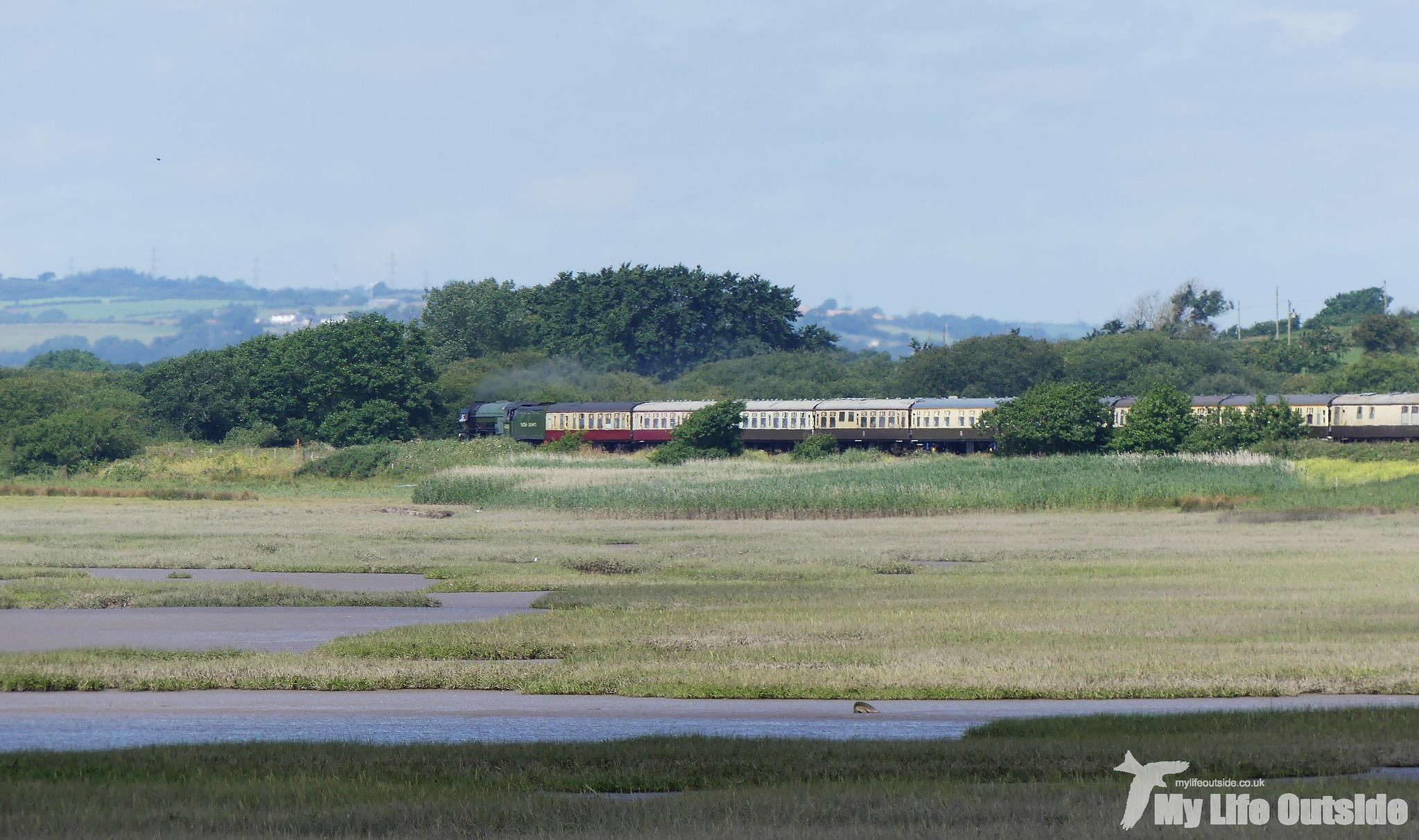 It was nice also to capture ageing class 150 and 175 DMU’s on camera, both of which still carry their old liveries pending a repaint into Transport for Wales slightly unimaginative white and red. Why they’ve chosen not to put a dragon down each side I’ll never know. 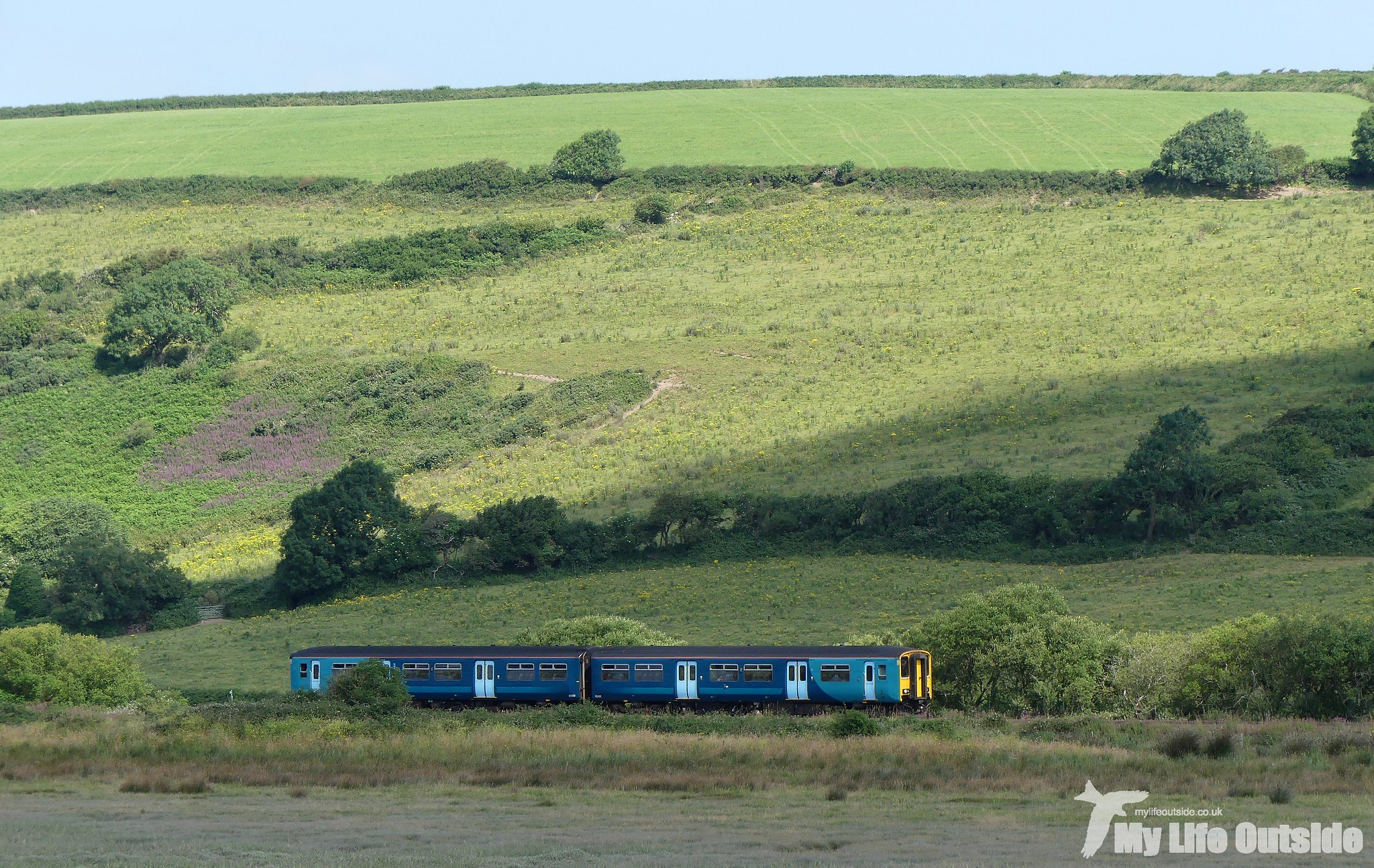 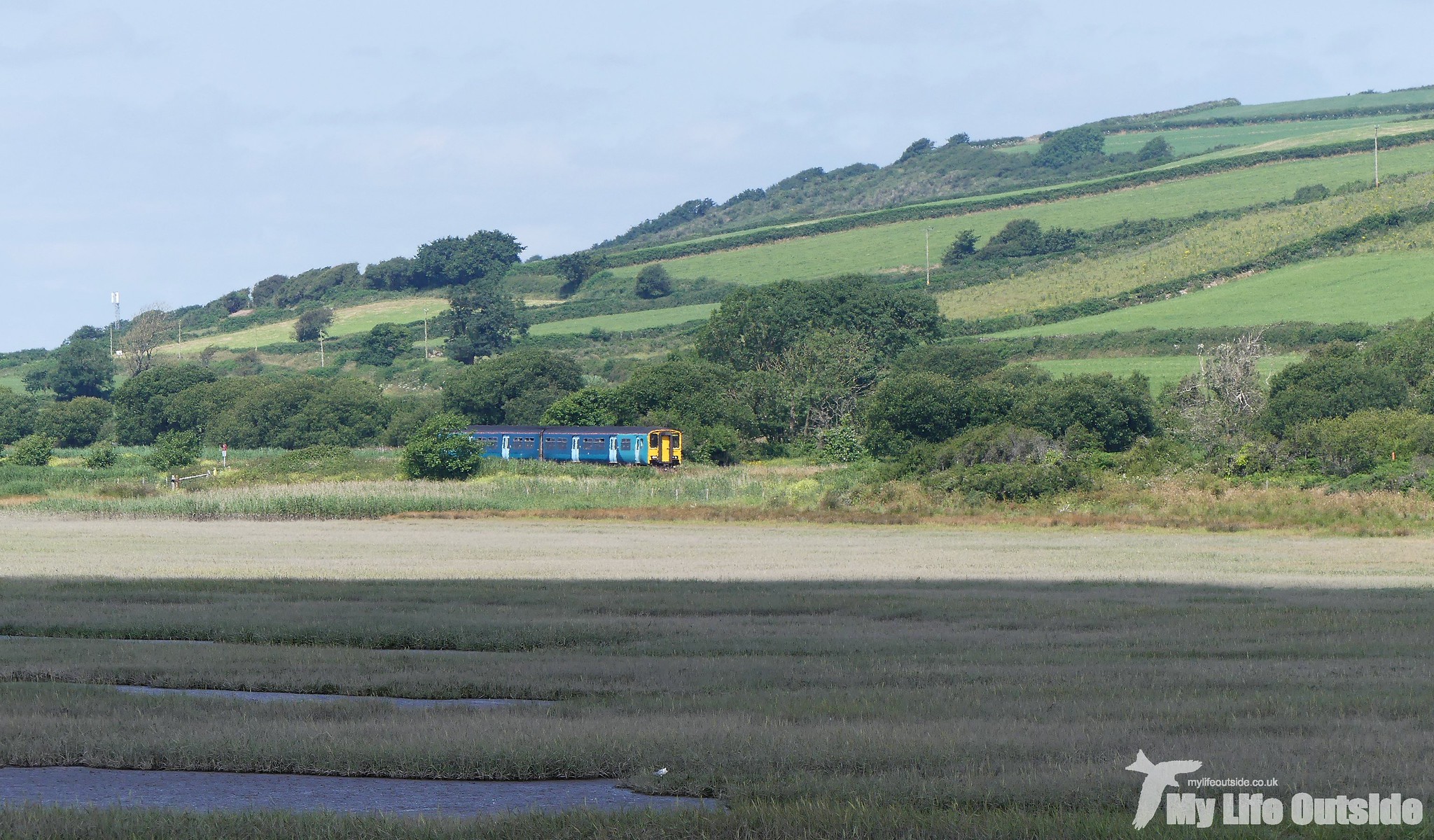 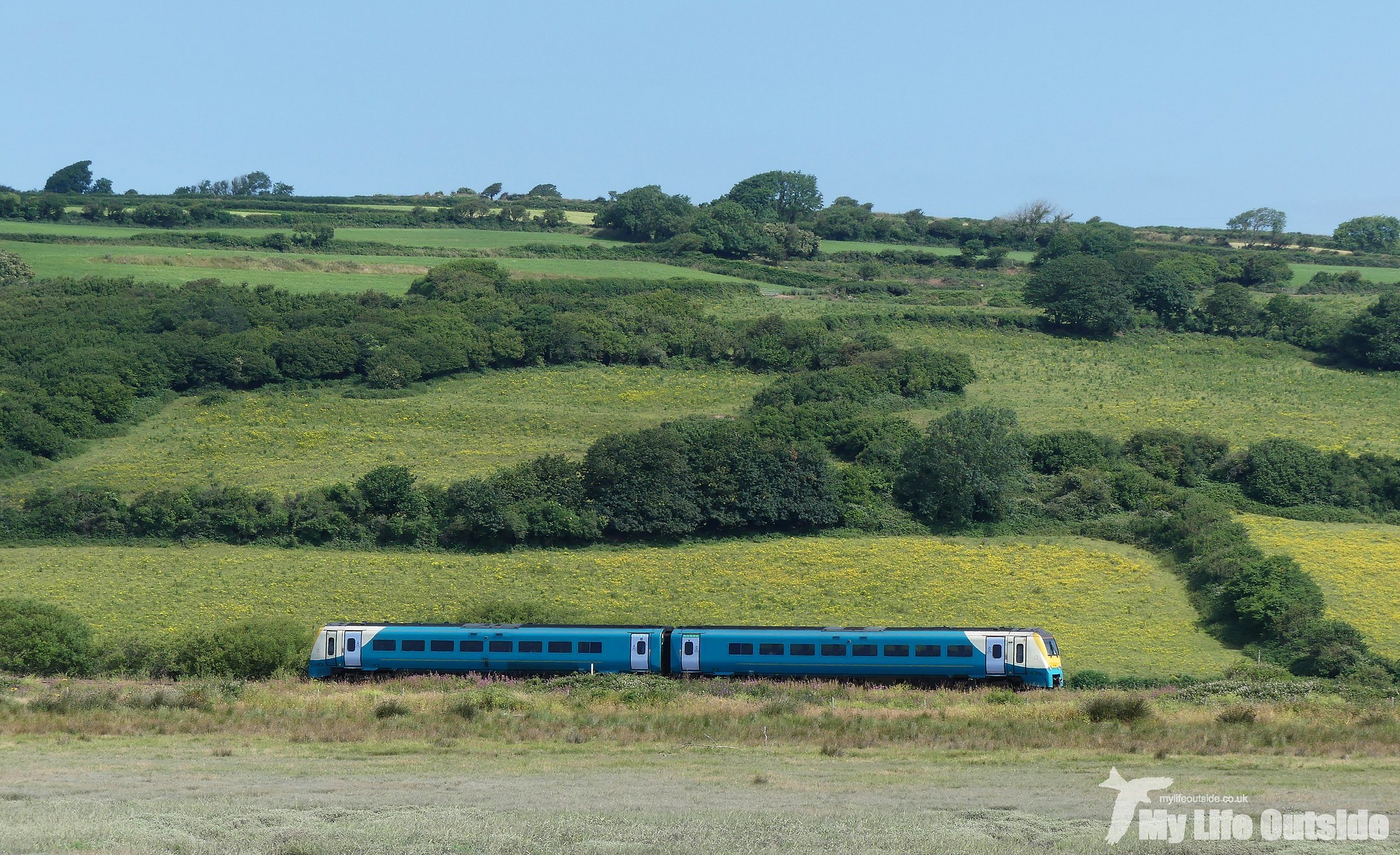 On the bird front Tornado’s passing did little to disturb the roost of Greenshank and Redshank beneath the railway bridge, Curlew and Black Headed Gulls remaining raucous throughout. Looking further into Carmarthen Bay we were treated to the sight of at least fifteen well grown juvenile Shelduck padding their way slowly across the mud, the remnants of that “humbug” plumage certainly making them stand out from the crowd. The absolute stars though had to be a small group of five Black-tailed Godwits feeding just off the quay itself. In full summer plumage they were simply stunning and although not the best angle for photography, I just couldn’t resist. 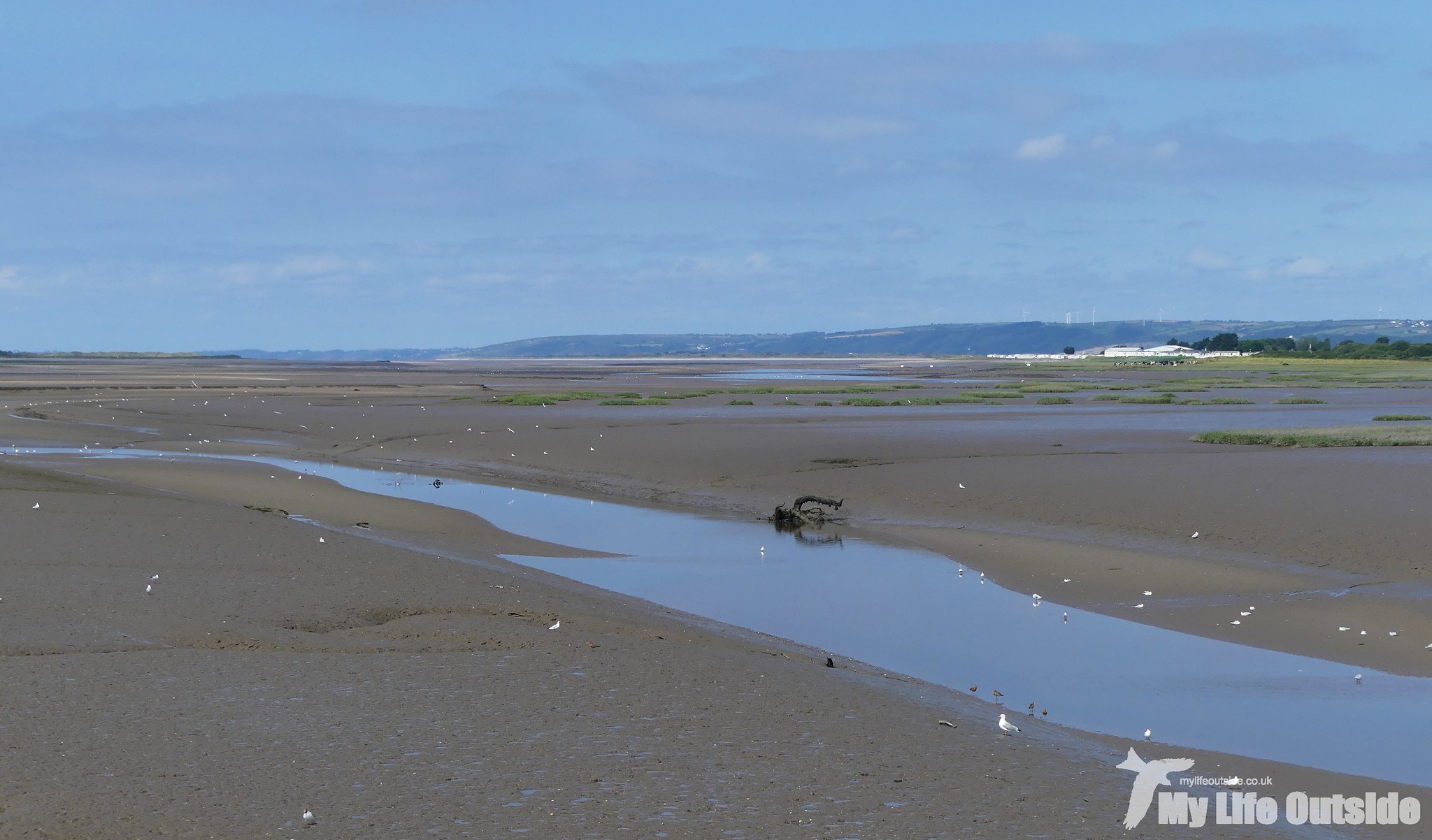 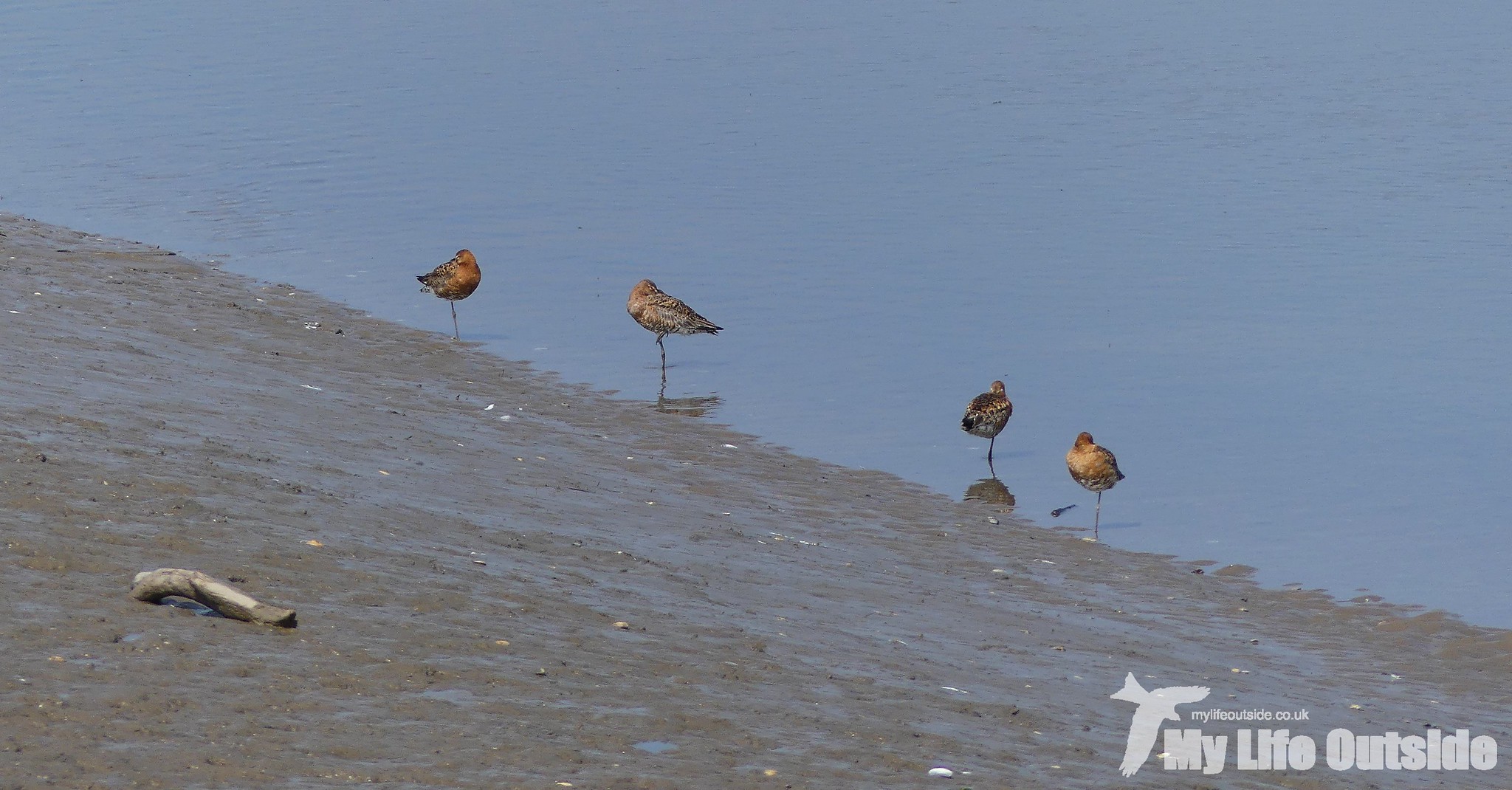 Birding interlude over it was back to the trains and with Tornado racing westwards we had some catching up to do. With summer traffic and roadworks all doing their best to slow our progress it was fortunate that an hours stopover at Carmarthen for water and coal had been scheduled. We arrived just in time to watch her run-around and were amazed at the number of people present. 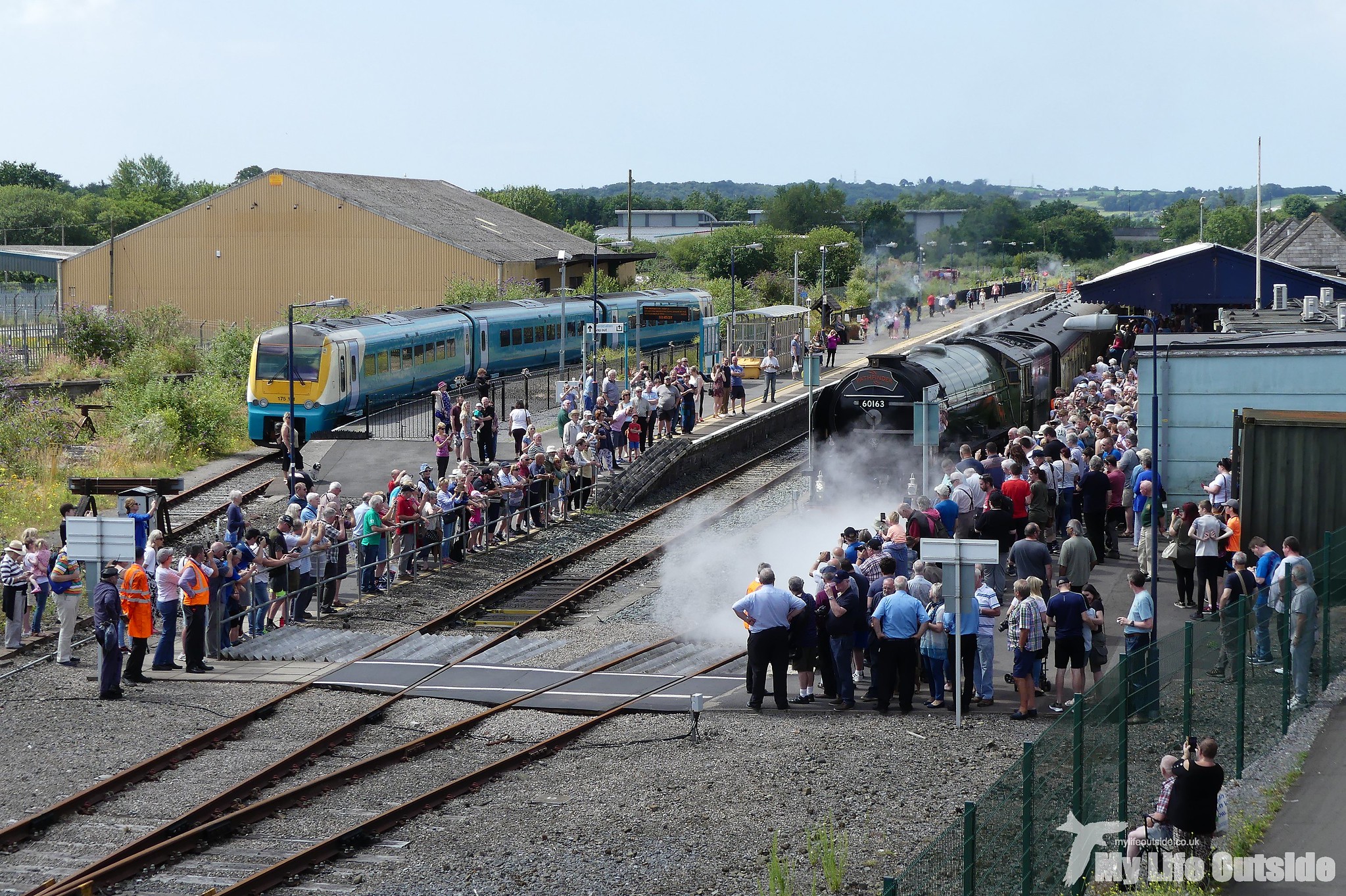 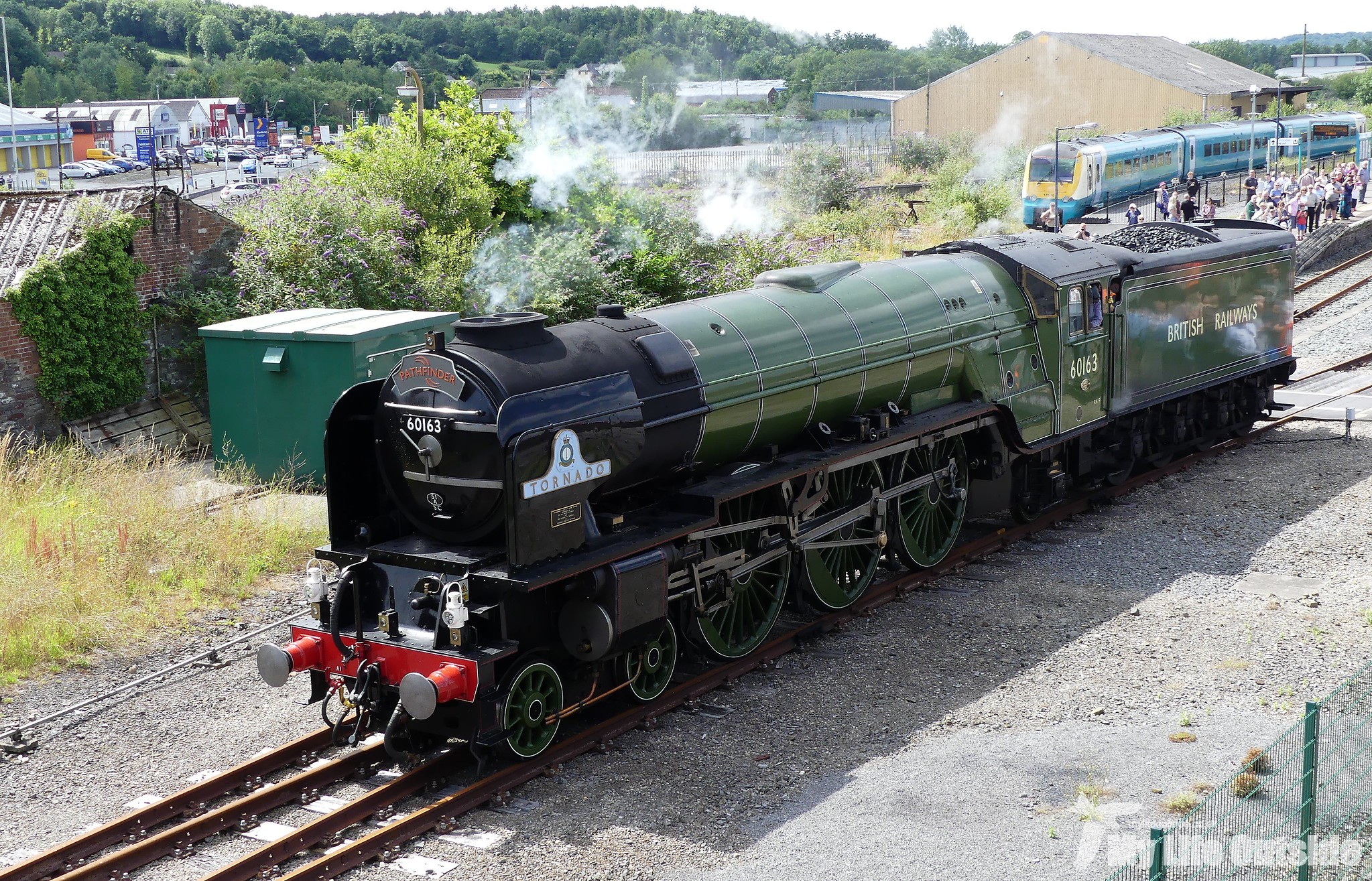 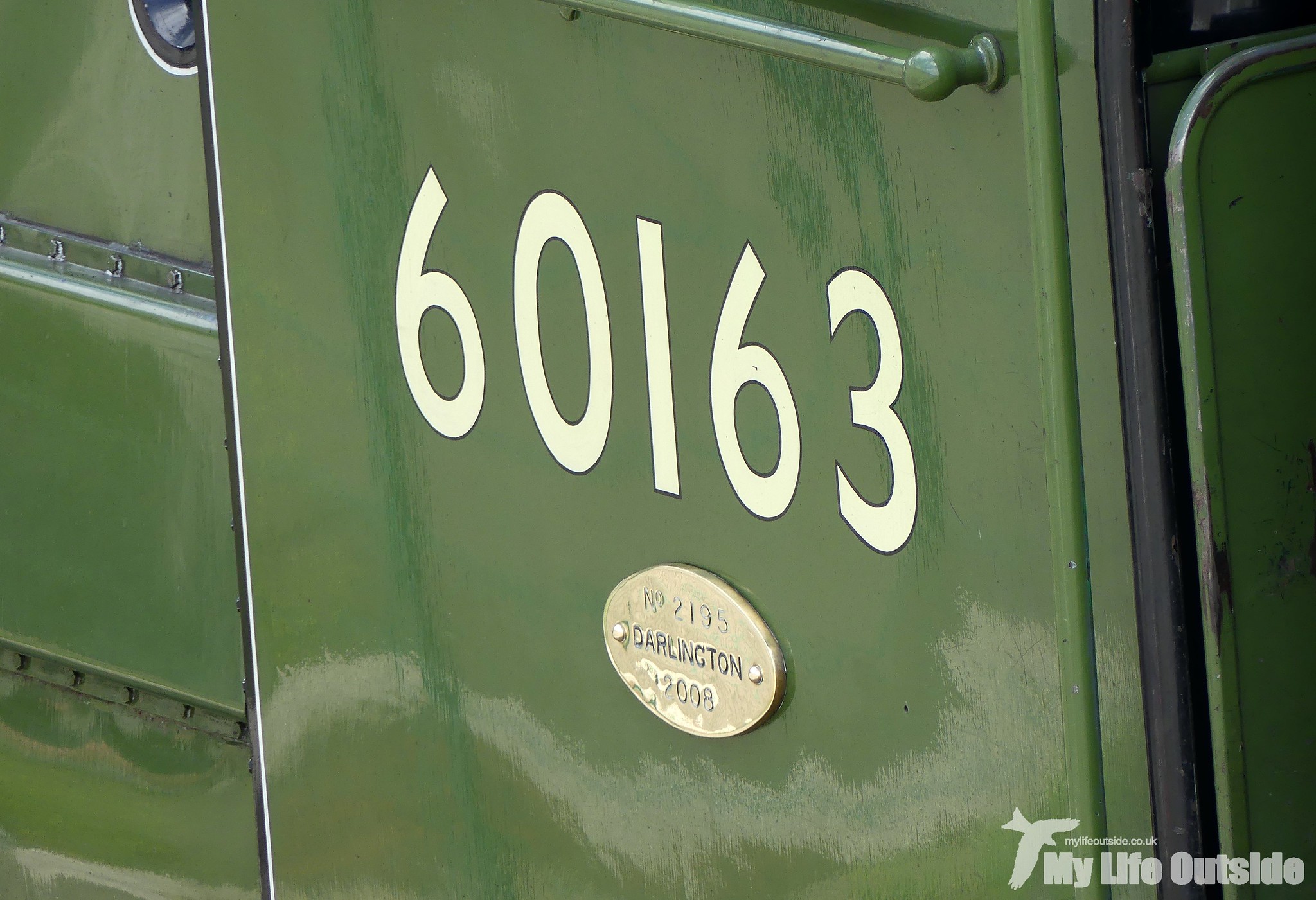 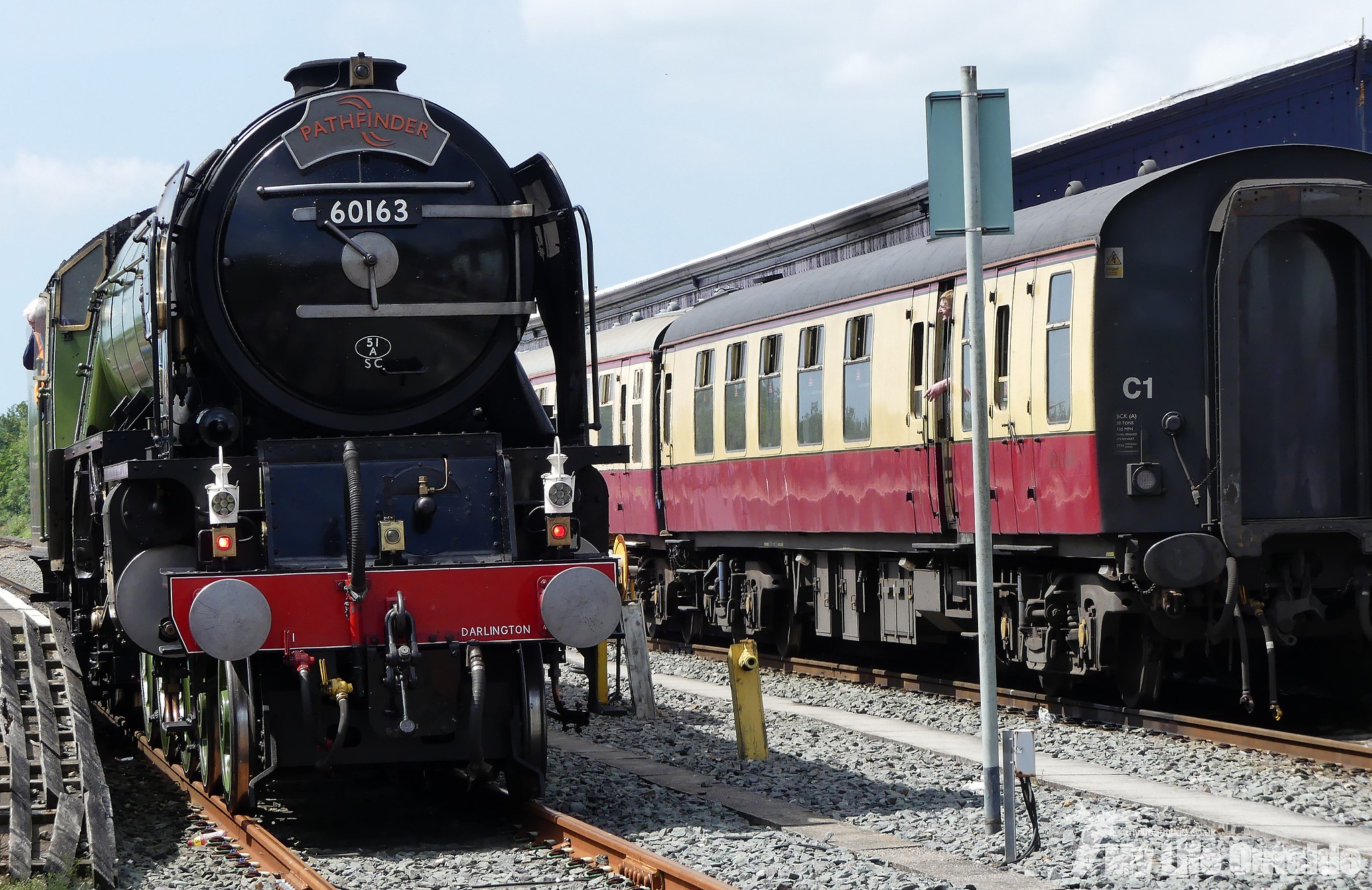 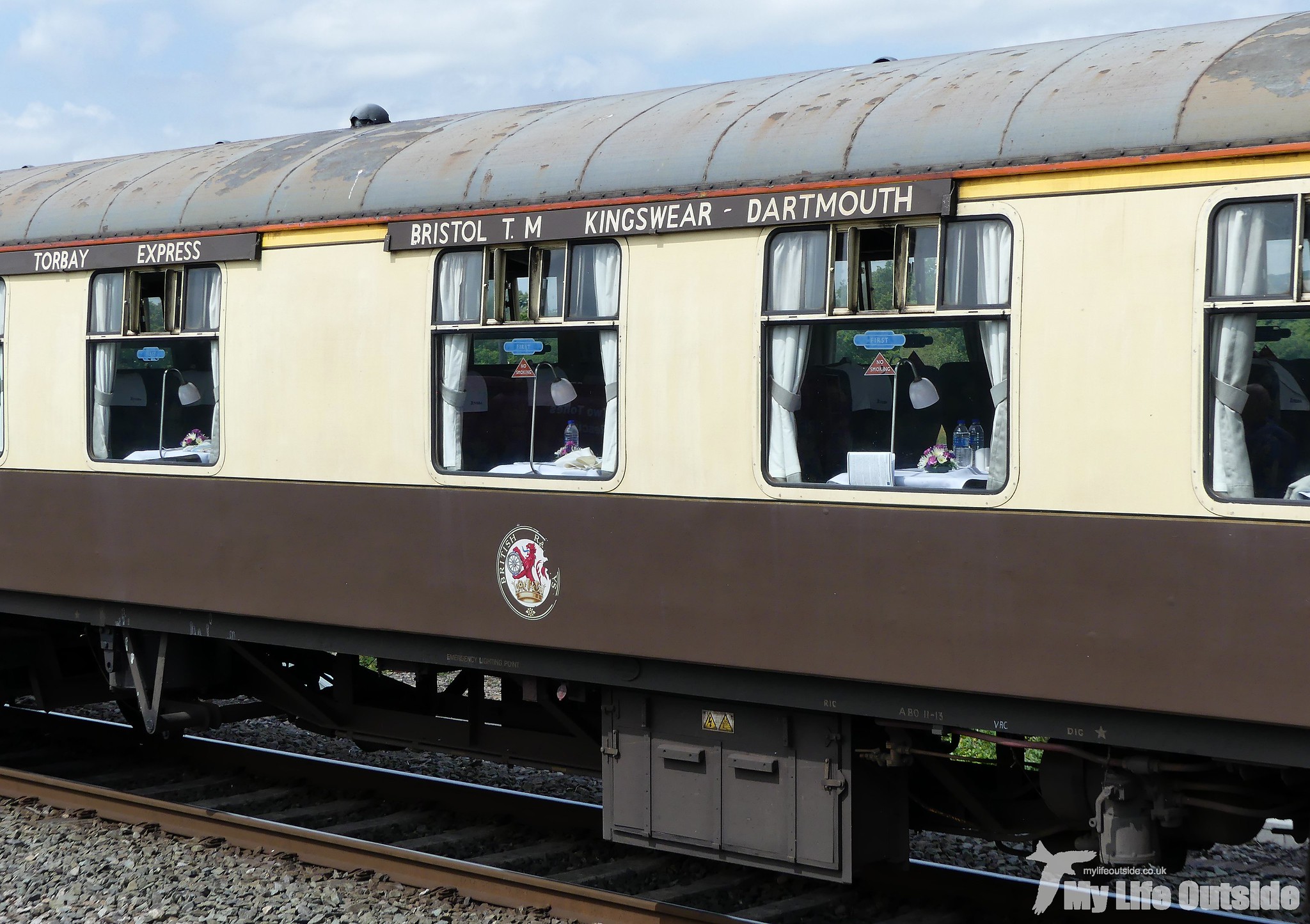 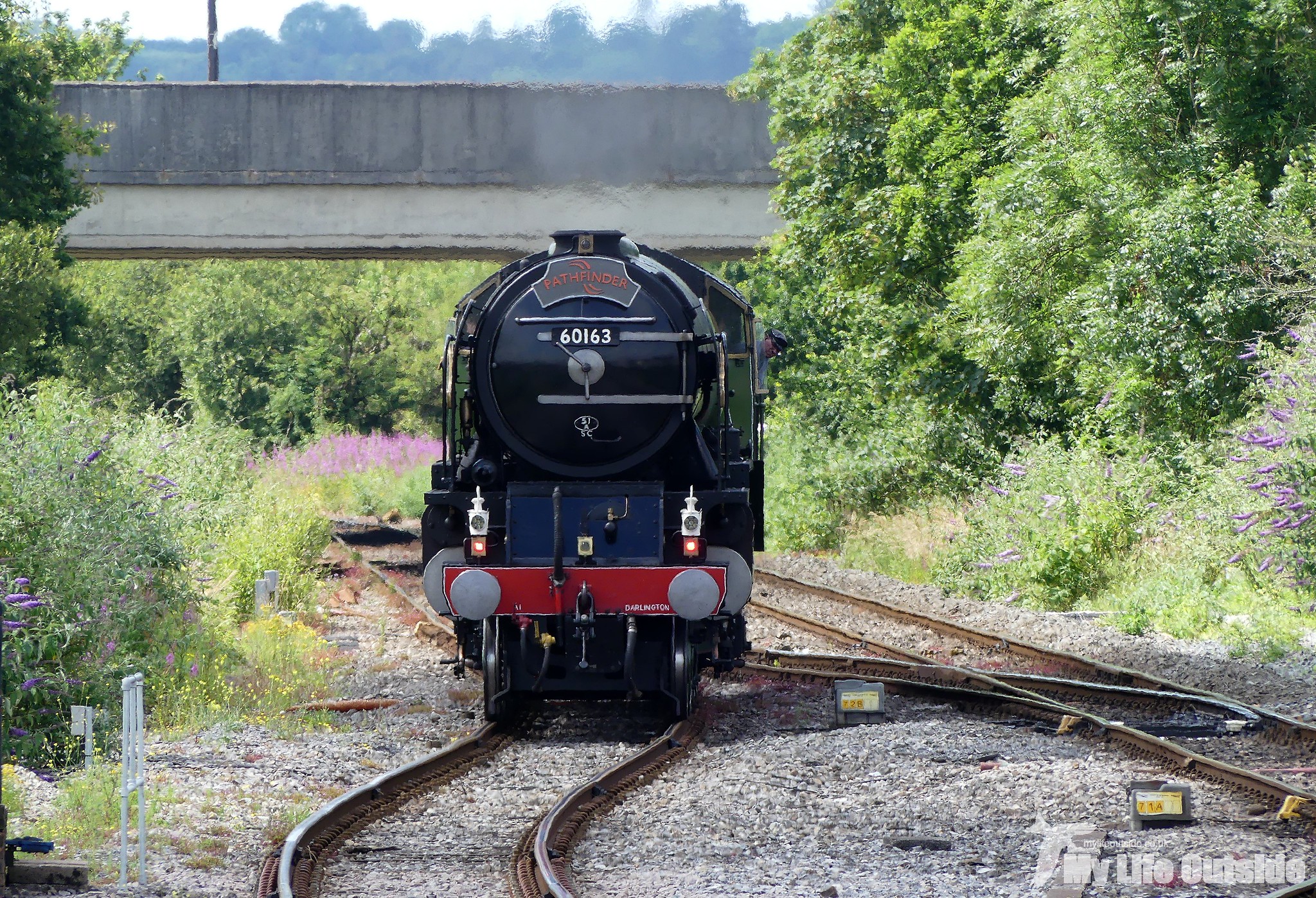 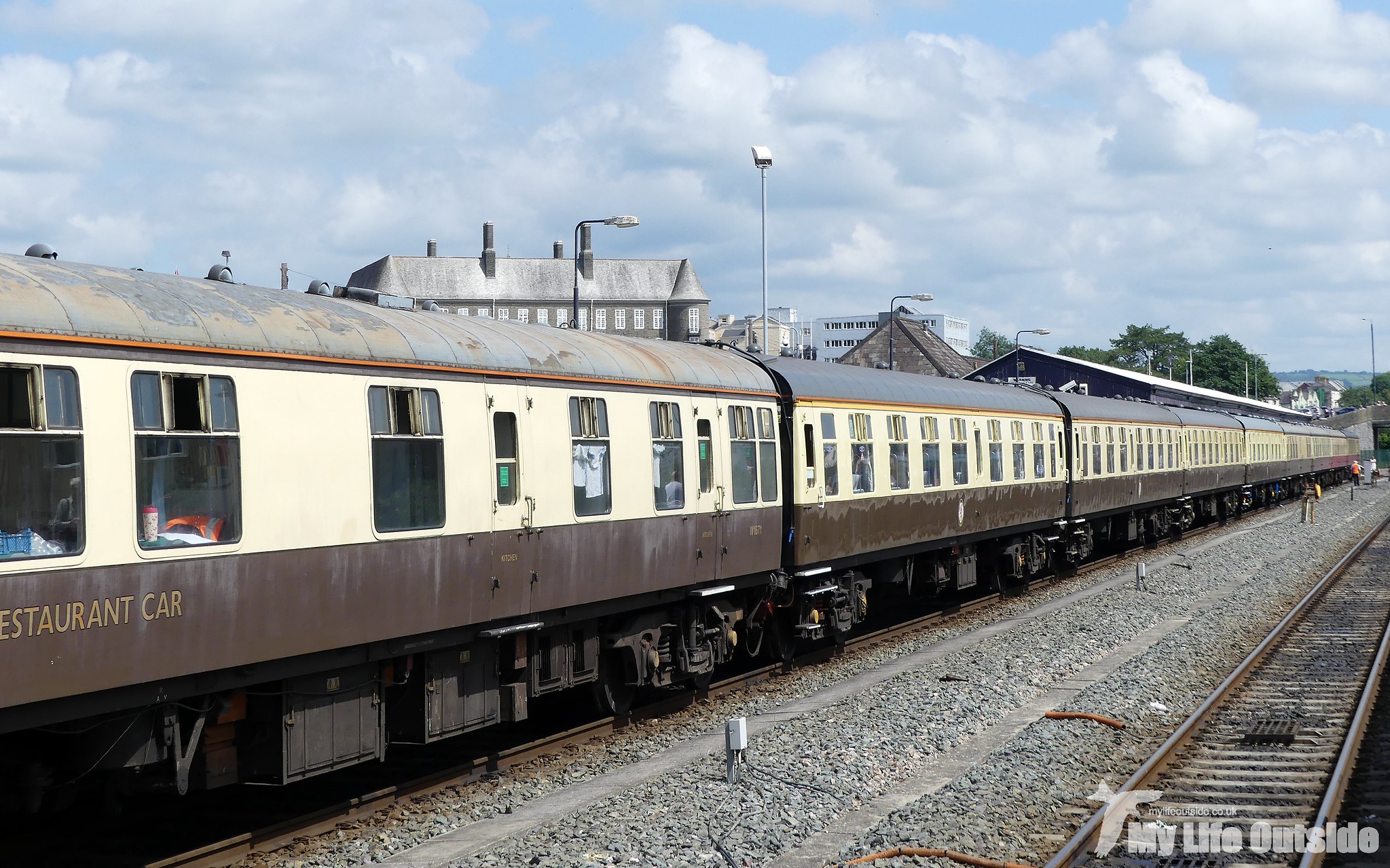 That popularity continued as we headed further along the coast, each bridge over the line home to its own group of expectant watchers. Keen to claim a vantage point for ourselves we ended up in a lay-by near Whitland where recent engineering works had opened up a view down the line which, if not exactly what I was after, would certainly offer something a little different. We had a long wait as the departure from Carmarthen was delayed by at least half an hour, possibly due to the need for this stretch of the journey to be hauled by a modern Class 66 diesel. When the pairing did finally put in an appearance it almost caught us unawares, the 66 leading with Tornado at the rear. 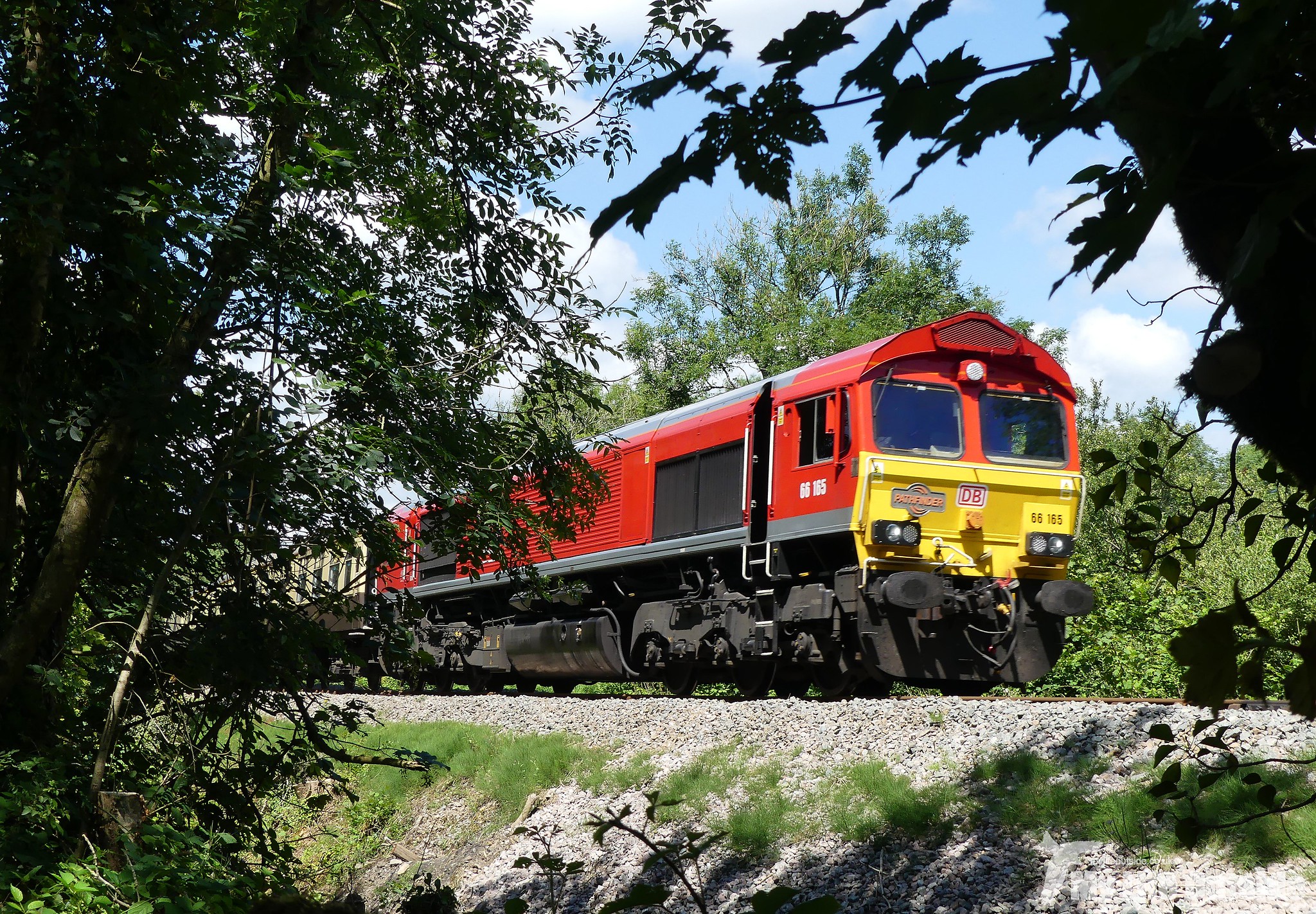 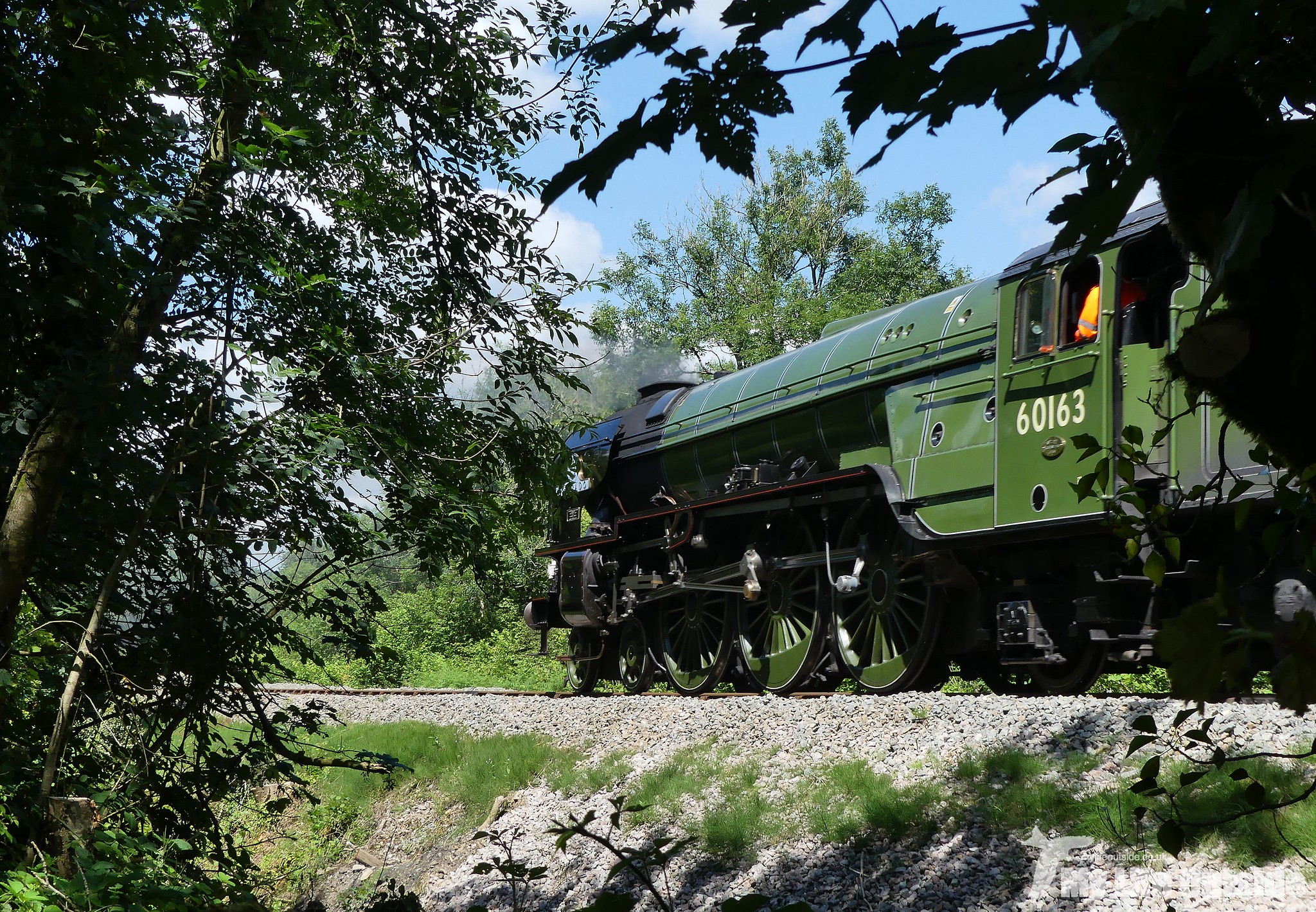 As final destinations go it’s hard to beat Tenby, particularly on a day as glorious as this. The sun shone, heat baked back up off the pavements and unsurprisingly both beaches were packed with tourists. All that being said it was slightly odd to see a Bat flying around the upper gardens, presumably having been disturbed from its roost rather than a deliberate attempt to feed. 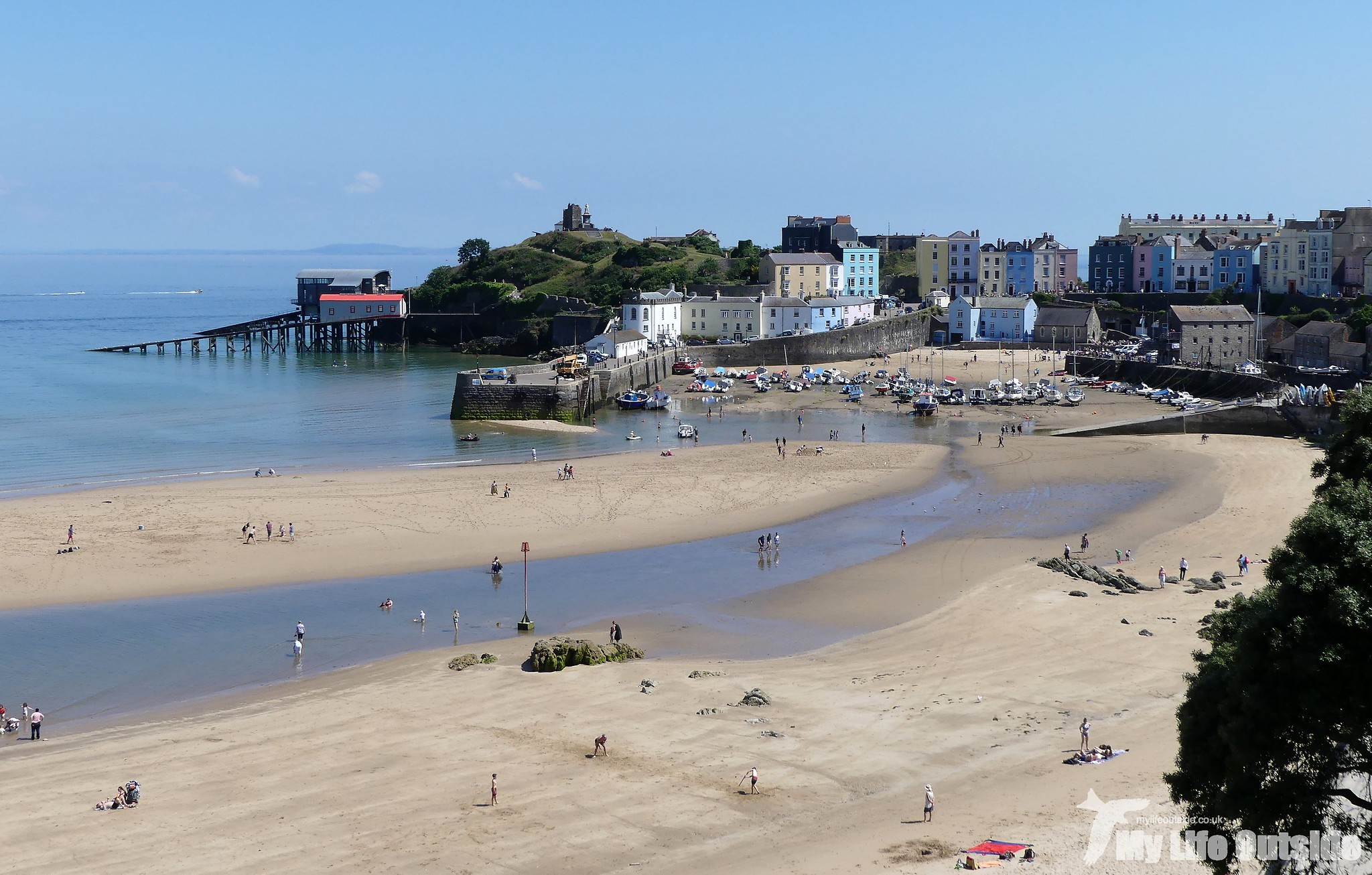 Having never been to Tenby’s station before I was pleasantly surprised to find much of what would once have been a quite grand Great Western Railway building still in-situ. Such a shame however that the modern-day trappings of our railways meant that any views were littered with electrical boxes, signs and dumped building materials. It was only once the train had been pushed back out of the station to allow another service to enter that I was able to get a couple of decent photos, also as it happened the trigger for a little drama. With Tornado now back at the front it was her job to pull the train into the platform once more, no easy task with a full rake of carriages and a Class 66 hanging off the rear, all whilst facing up a steep gradient. Initial progress was slow but steady until the driving wheels slipped and all momentum was lost. It was a good while until things got moving once more. 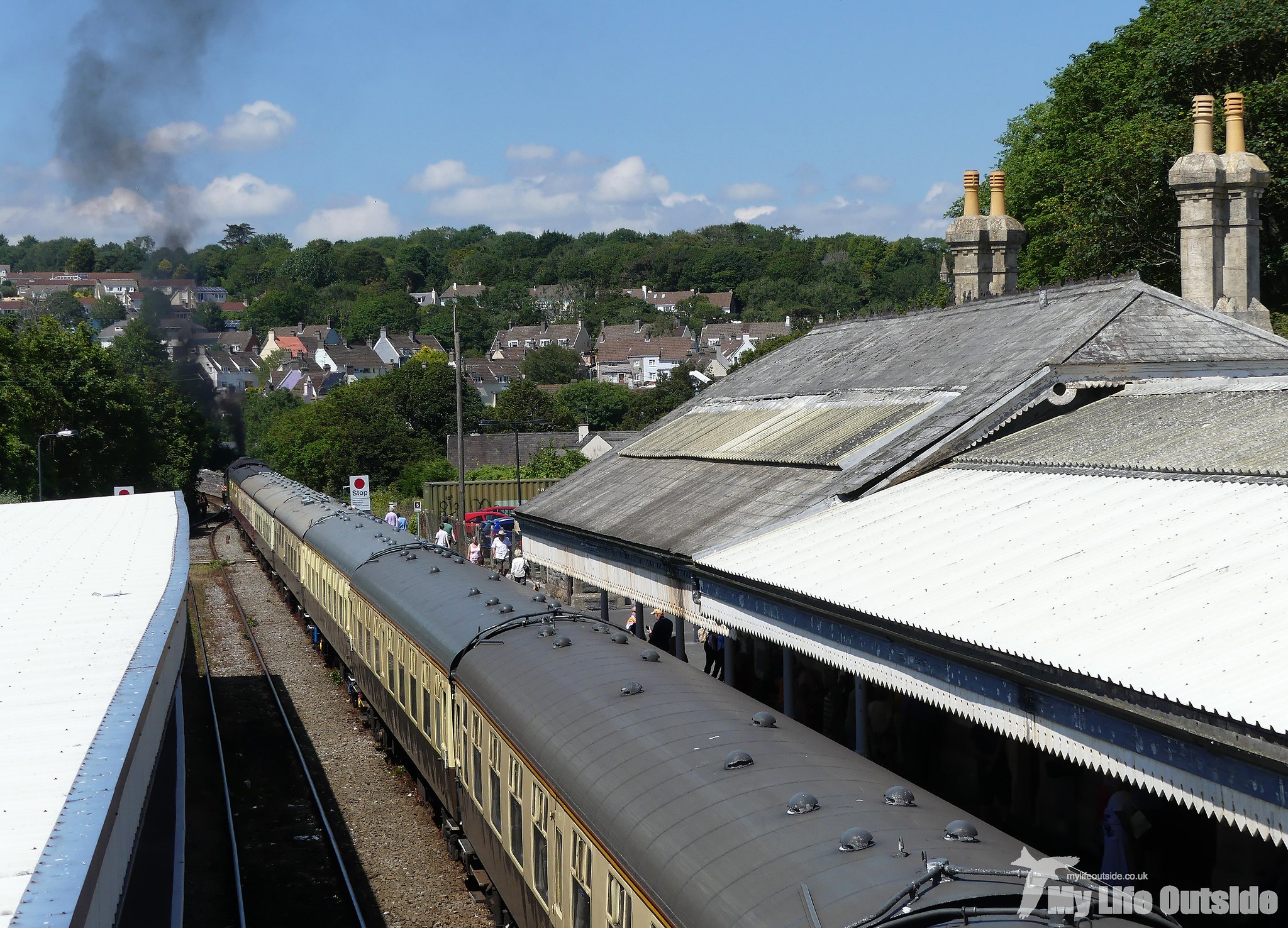 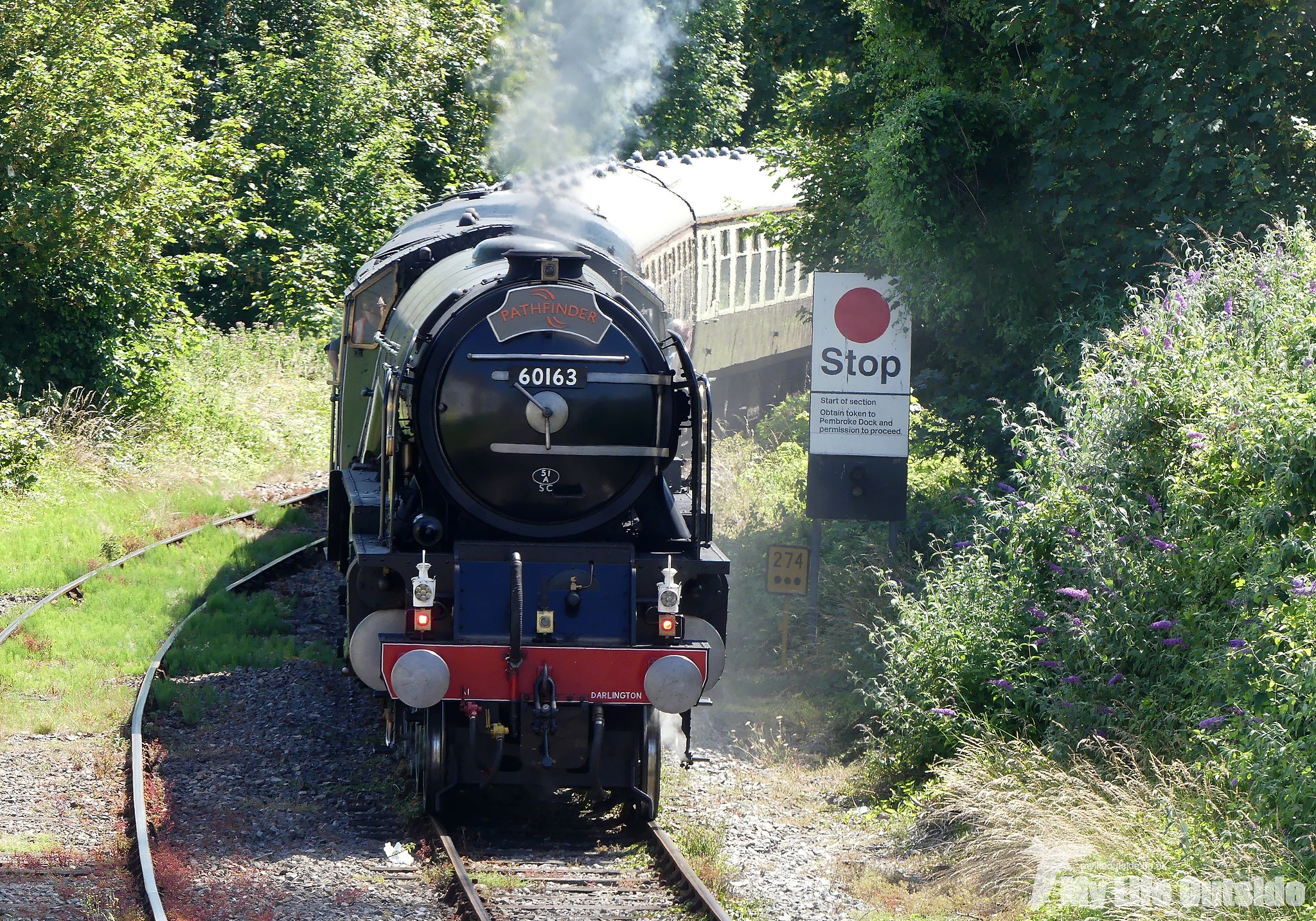 Our last photographic opportunity of the day came at departure time where two bridges carry the line through the middle of Tenby. Once again a sizeable crowd had assembled to watch Tornado bid west Wales farewell and if anything, this proved to be my favourite part of the day. Watching steam power crossing high above us was just so evocative of times gone by and after all, is that not what the many thousands of people who’d come out to watch Tornado were really tapping into? 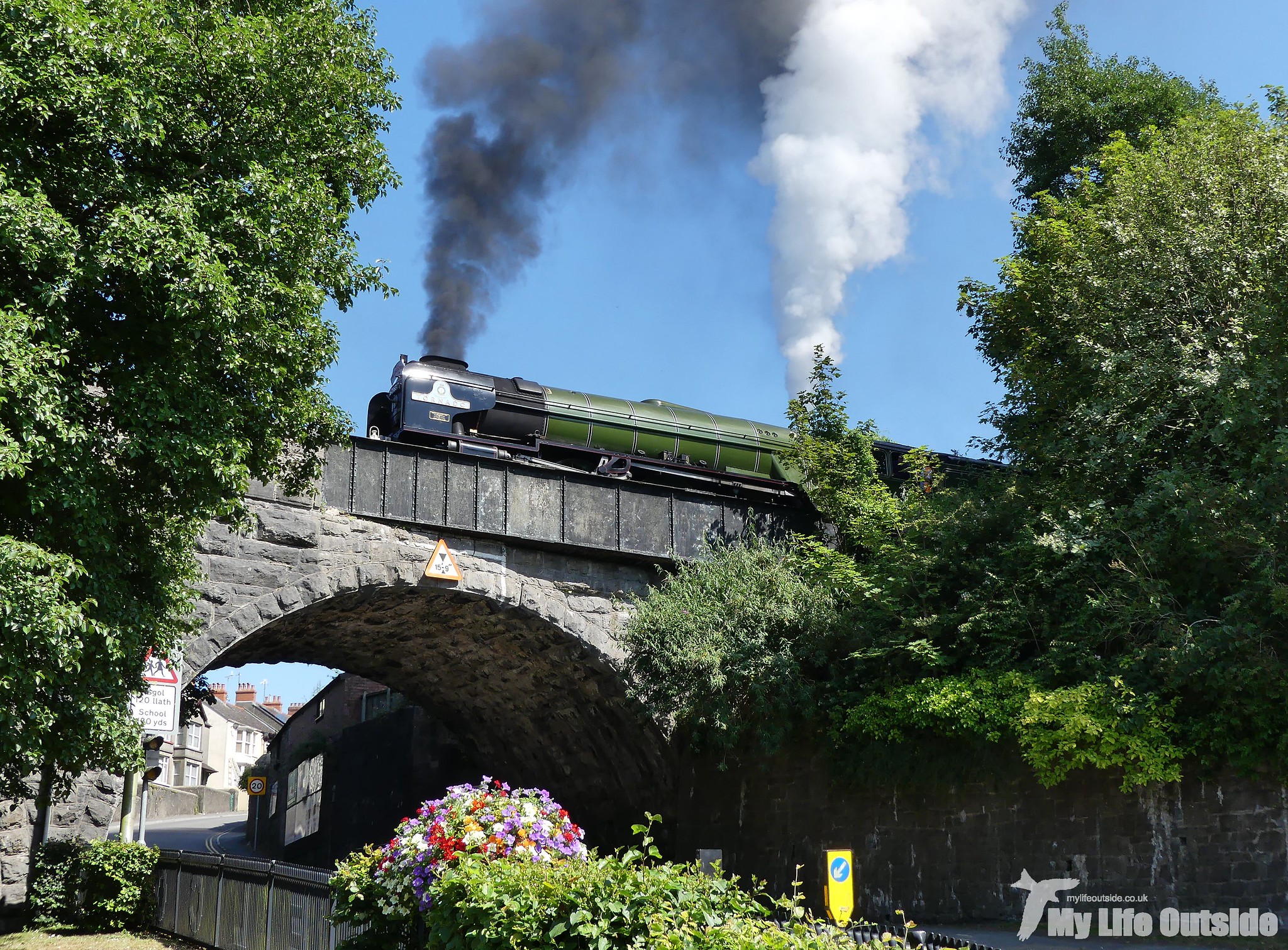 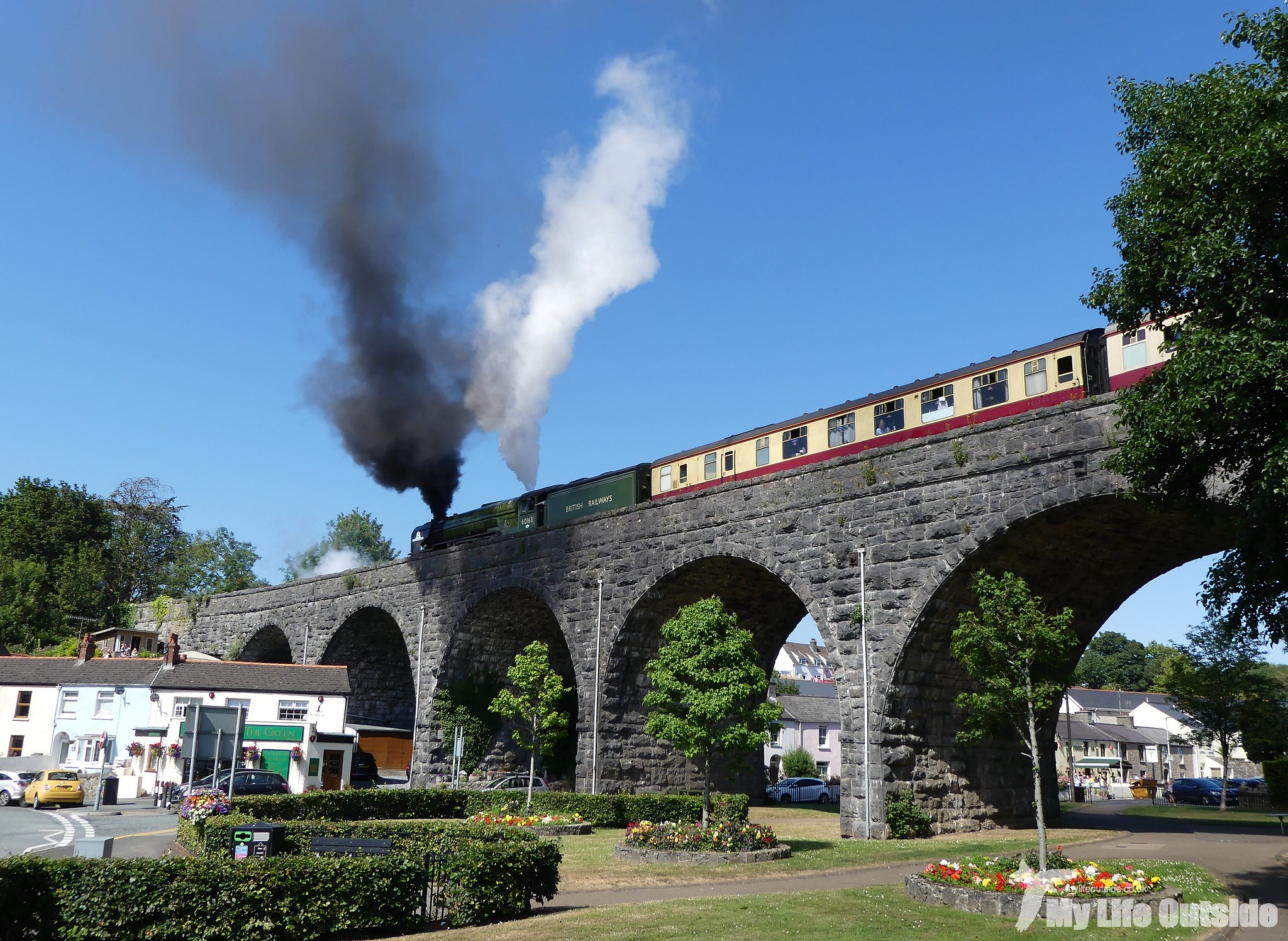 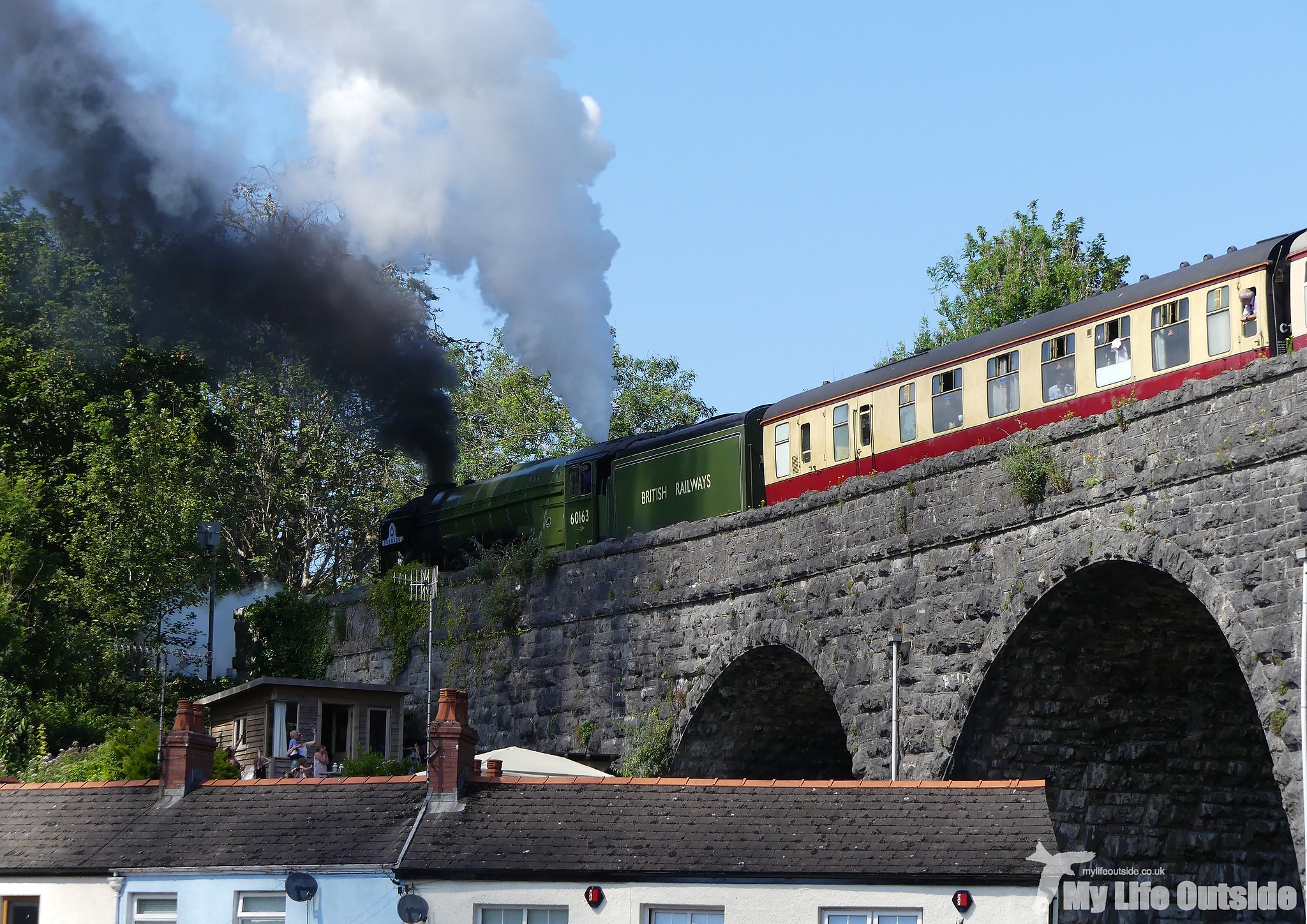 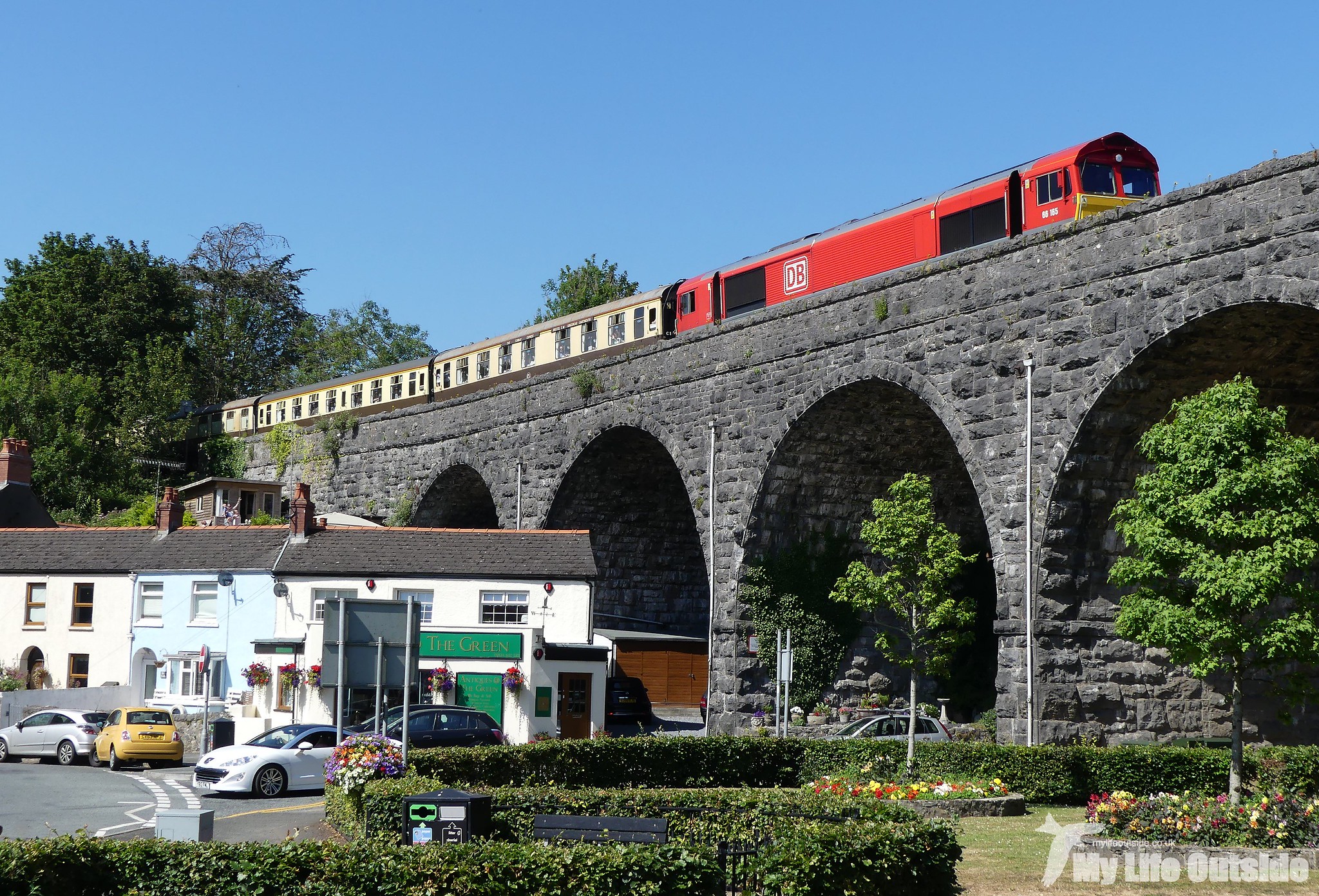 Tornado’s return to Bristol would take her into the late evening but for us the day was drawing to a close. Far from our usual weekend activity it had proved to be a highly enjoyable experience involving great weather, friendly people, stunning scenery and a locomotive that I hope has a long and happy lifetime ahead, keeping the dream of steam alive on our mainline network and bringing joy to all those who see her.

When you think of Blaenavon world heritage site you might be forgiven for conjuring images of heavy industry, coal mining and steam railways. Whilst these are of course all true what might not come to Read more… 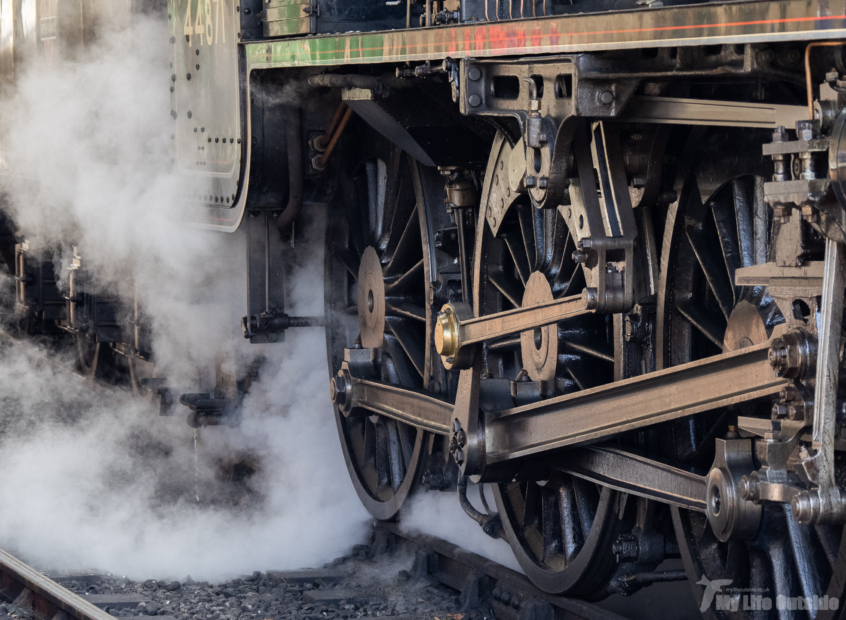 With Red Grouse and Black-necked Grebes already in the bag there was just one more Yorkshire tick that I needed – a steam train ride to Whitby! Rather fortuitously the North York Moors Railway offers Read more… 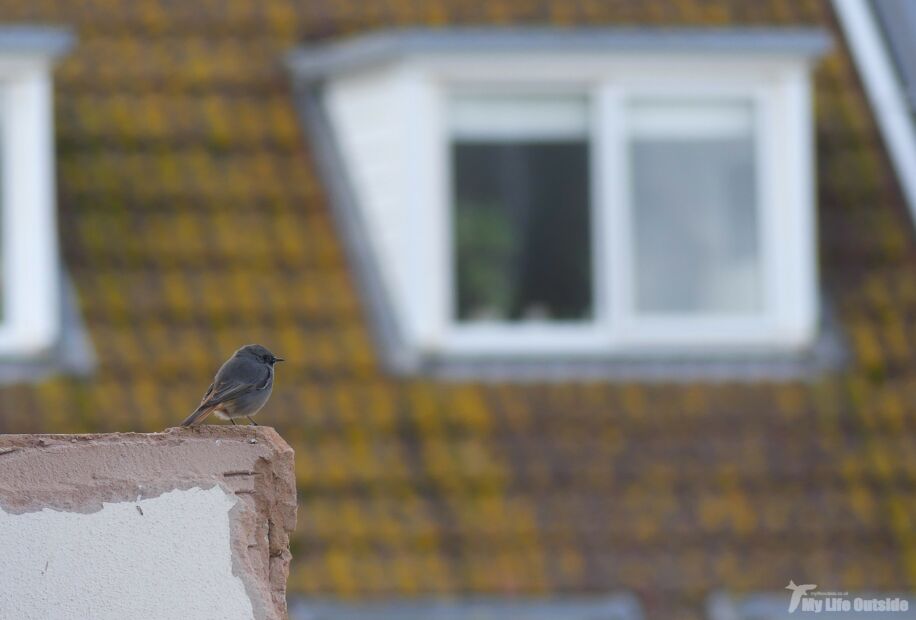 We’ve had a busy old summer this year exploring Scotland in our self-built campervan and as brilliant as it’s been, when it came to our winter break we fancied something a whole lot less complicated. Read more…