Of all the seasons autumn for me is the one which seems to pass the quickest. One minute it’s all lush vegetation and long sunny days, the next barren landscapes and lashings of rain. Somewhere in-between those classic vistas with which we’re all so familiar, of valleys bedecked in oranges and reds, must exist, yet somehow we never quite manage to connect. Much of that has I’m sure to do with our local climate which has this uncanny knack of switching moods on an almost hourly basis. In fact by now I’ve come to realise that it’s an almost guaranteed occurrence that as soon as the leaves start to change our first named storm of the winter will arrive to dash the display before it’s really had chance to develop. And last year proved be no different.

The latter half of September saw Storm Ali sweep in from the west bringing with it strong winds and plenty of the wet stuff. Overnight a carpet of leaves formed across the country and with it my hopes for a colourful autumn vanished. Perhaps though, all was not lost. The days following proved surprisingly sunny so before the surrounding hills had chance to drain fully we popped over to Waterfall Country (editors note: not an actual country but an area of the Neath valley renowned for its waterfalls) in the hope of crashing torrents and some colour. We almost found both. 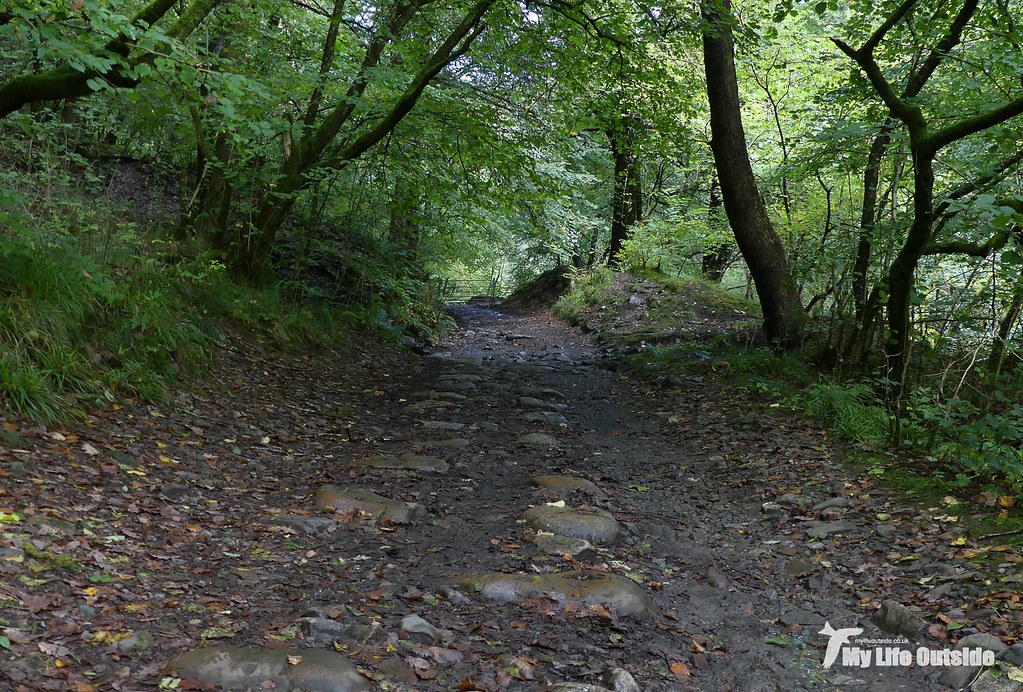 Parking up at Pontneddfechan we followed the route of an old horse drawn tramway built to transport silica from mines further up the gorge, its stone sleepers still clearly visible beneath our feet over one hundred and fifty years later. Surprisingly given the time of day we had the place pretty much to ourselves which meant that views of Sgwd Gwladys a little way on were for once uninterrupted. Despite water levels having dropped relatively quickly there was still plenty of flow making it easy to see why this is such a popular beauty spot. For me that sense of occasion has as much to do with the way in which the surrounding valley walls seem to almost lean in on you, the two combining to produce an almost theatre like experience. 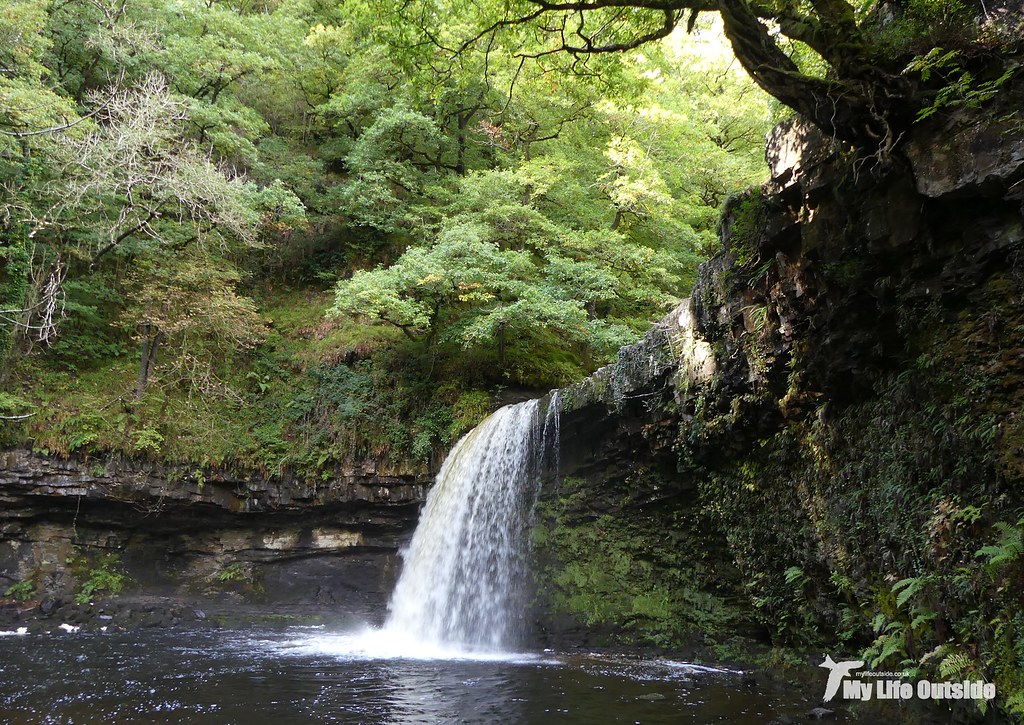 Heading further upriver brought more steep drops and crashing water, the background roar so loud that almost all other sounds were obscured. As such it was hard to pick out much in the way of bird life with one fairly special exception. The Dipper is unique amongst passerines thanks to its ability to dive and swim underwater and we spotted several as we ambled our way along the riverbank. 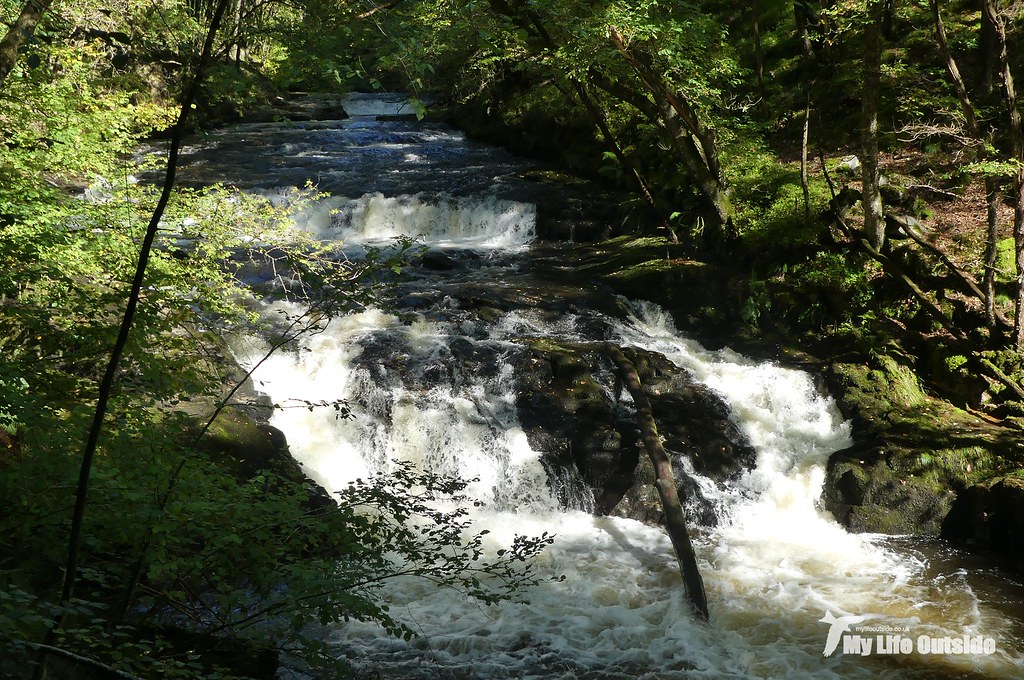 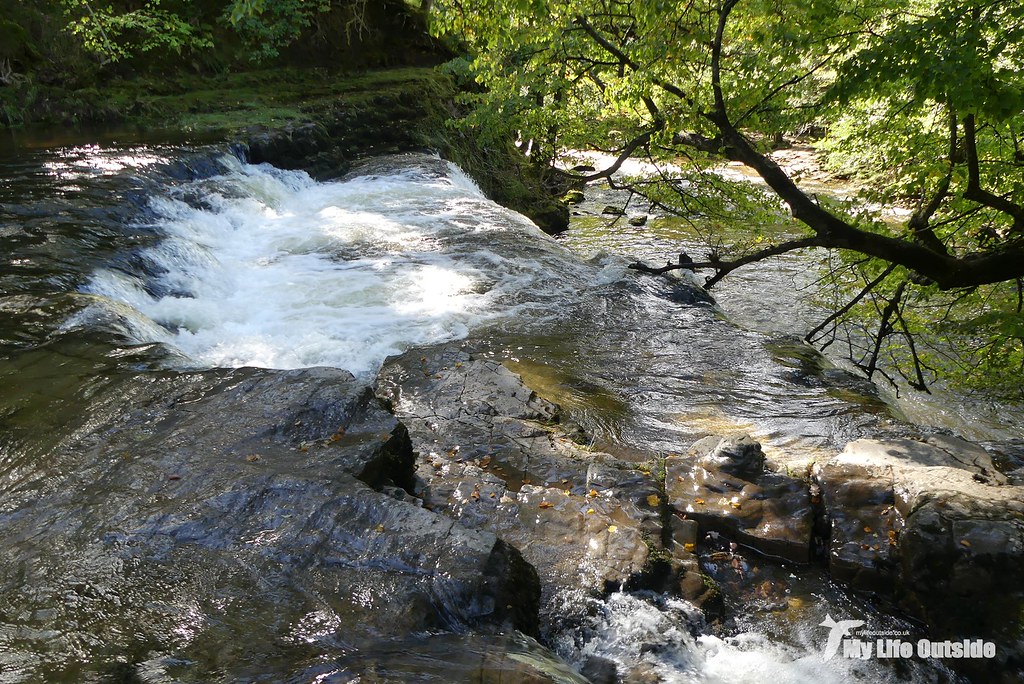 With the water flowing so fast I hadn’t expected to see much feeding going on but was amazed to spot one particular bird diving beneath the surface repeatedly. The crystal clear river allowed almost perfect viewing conditions and for the first time ever I got to see a Dipper “flying” underwater. Each wing beat was just enough to stop its owner from being swept downstream and, from what we could tell at least, hunting was good. Time after time we watched this remarkable creature emerge on to an exposed stone, beak stuffed full of some juicy morsel or other. Often there would only be time for a brief swallow before the Dipper returned once more to work but, every now and then, those moments of calm lasted just that little while longer. Invariably I’d be standing somewhere else entirely of course but having got to know this individuals routine and favoured perches I was eventually able to predict its movements and come away with some quite pleasing shots. Admittedly they’re not going to win any awards but the sight of me hunkered down in the undergrowth undoubtedly provided entertainment for countless passers-by. 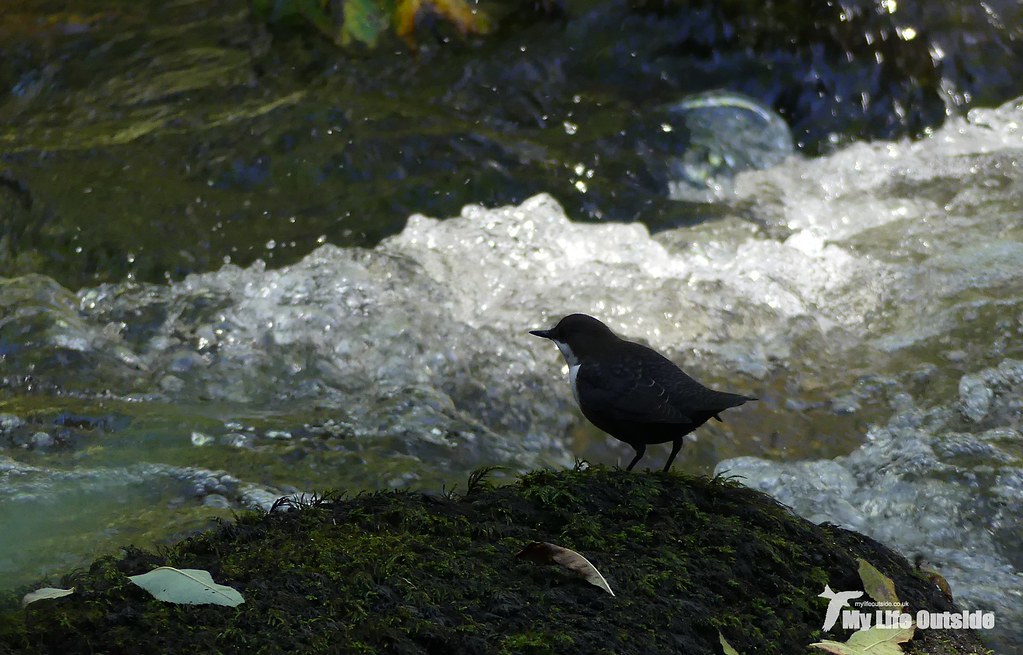 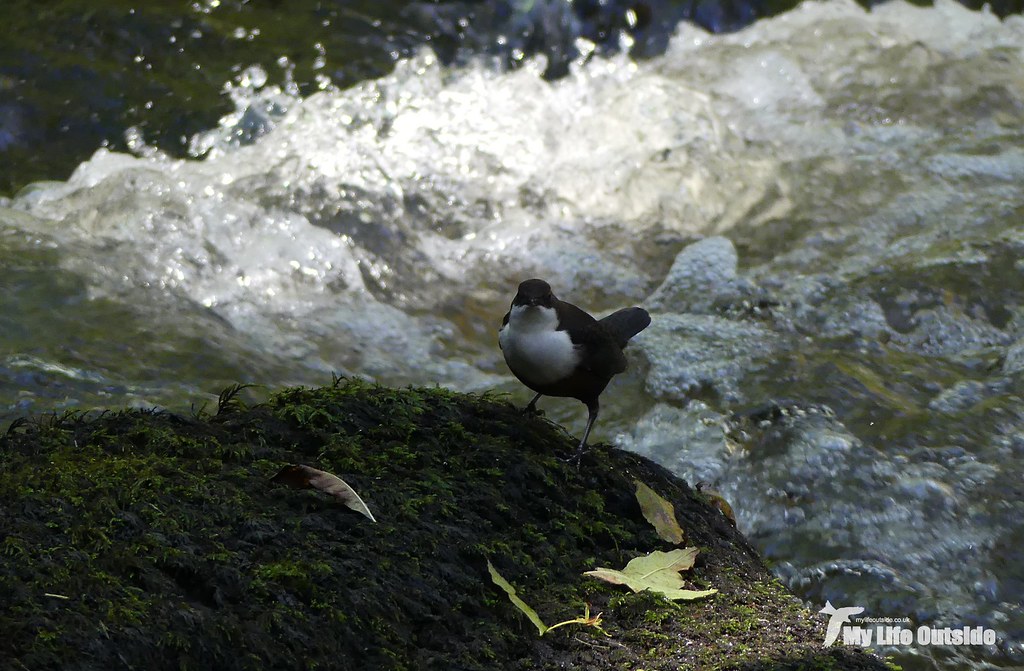 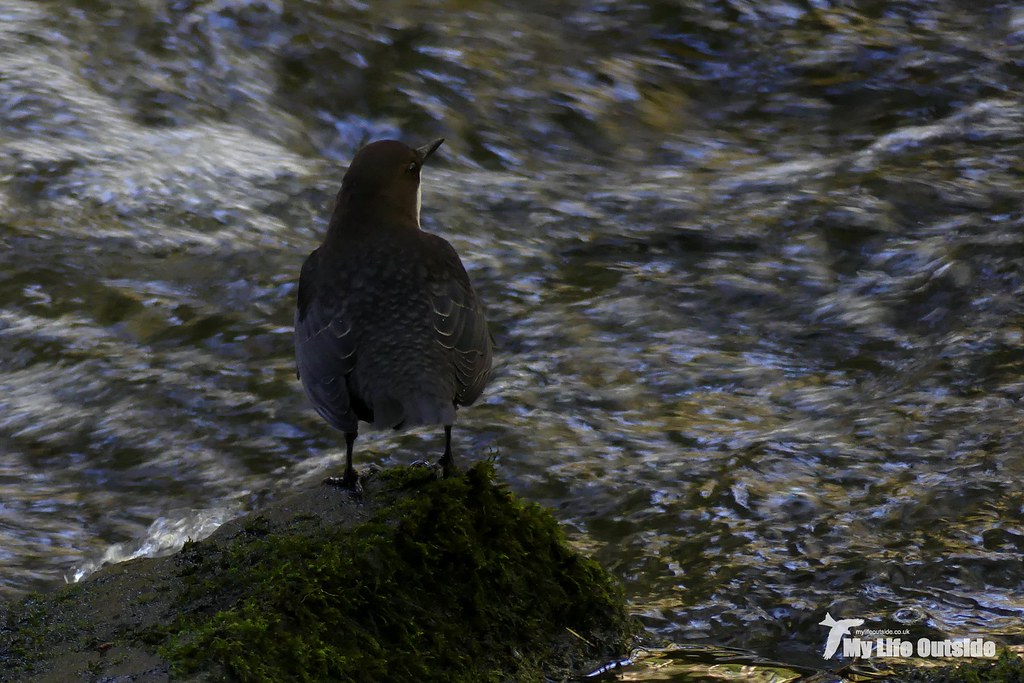 But what of those autumn colours you promised us I hear you ask. Well to be honest although there were a smattering of browns and oranges here and there, the landscape wide display I’d been hoping for just wasn’t to be found. Instead we took our colour fix from this spectacular rainbow formed above the splash pool of one of the numerous small streams which flow into this ever changing valley. 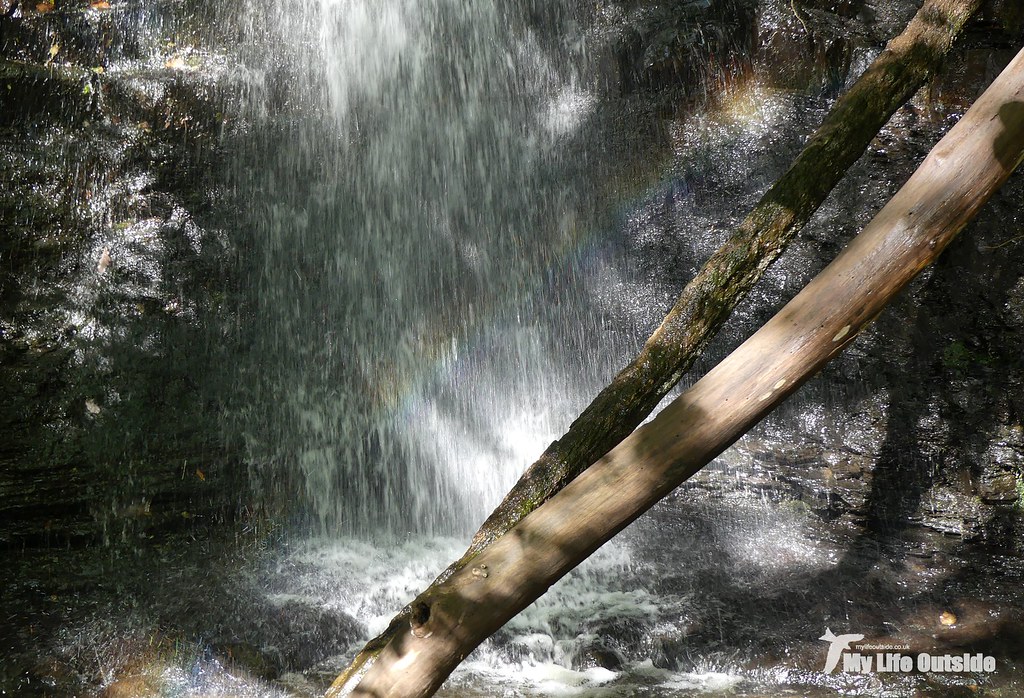 Of course being an old industrial site there were one or two less natural attractions here which also got my attention. I’ve already mentioned the tramway at the start of this post but all that material needing transported had to come from somewhere and it doesn’t take Sherlock Holmes to figure out where. In fact the council have done a sterling job in making these old workings even more visible thanks to some garish protection which seems to do anything but prevent access. I wonder how far this tunnel stretches? 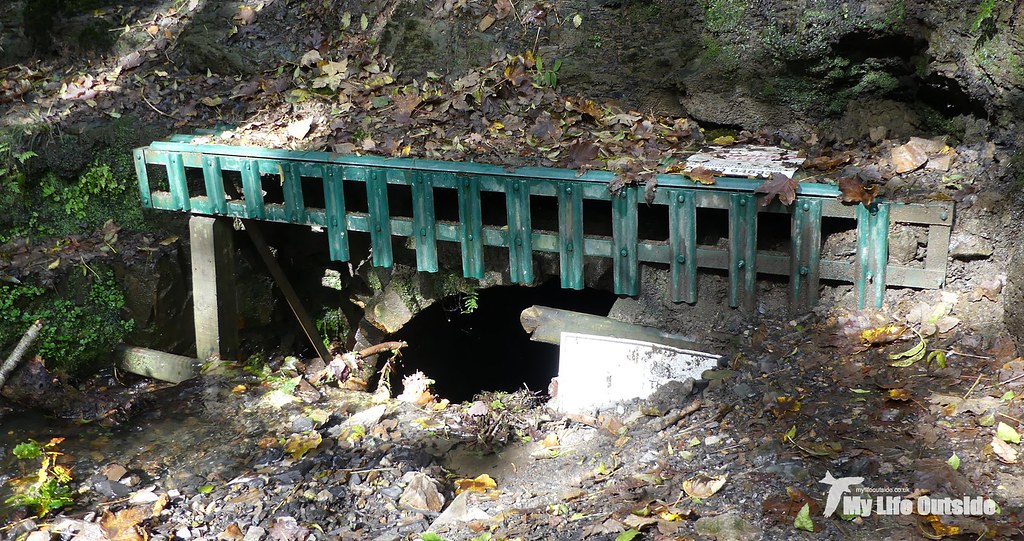 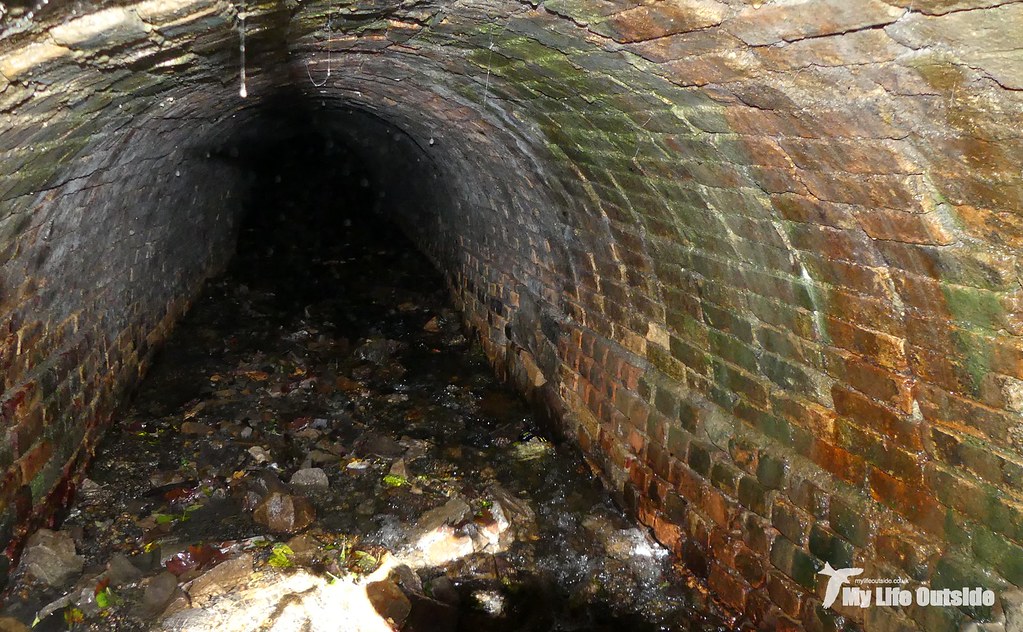 There was more Dipper action along the upper stretches of the valley not forgetting their partners in crime of course, the Grey Wagtail. Just a couple of individuals on this occasion but nice to see nonetheless.

Bringing things bang up to date and after what seems to have been an all too brief winter, I do wonder for how much longer we will be able to experience such distinct seasons. One of the joys of Britain’s weather has always been its variability but of late those lines of demarcation are becoming increasingly blurred. It’s probably a little too early to be drawing any firm conclusions but I do worry that autumn colours, even the concept, may not be something that future generations are able to enjoy. There’s no doubt that climate change is here. The only real question is what we chose to do about it before even that option is taken from our hands.