Well I’m calling this heatwave officially over and last week it was so nice to get out on a couple of evenings after work for what seems like the first time in ages. Our first port of call on Wednesday found us alongside the upper Loughor estuary where despite overcast conditions the marshy fringes were an absolute riot of colour. With its delicate flowers Common Sea Lavender stood out against dark mud and green foliage almost as if an artist had come along and dabbed their brush haphazardly along the river. Gorgeous and this is coming from a self-confessed “not a plant person”. 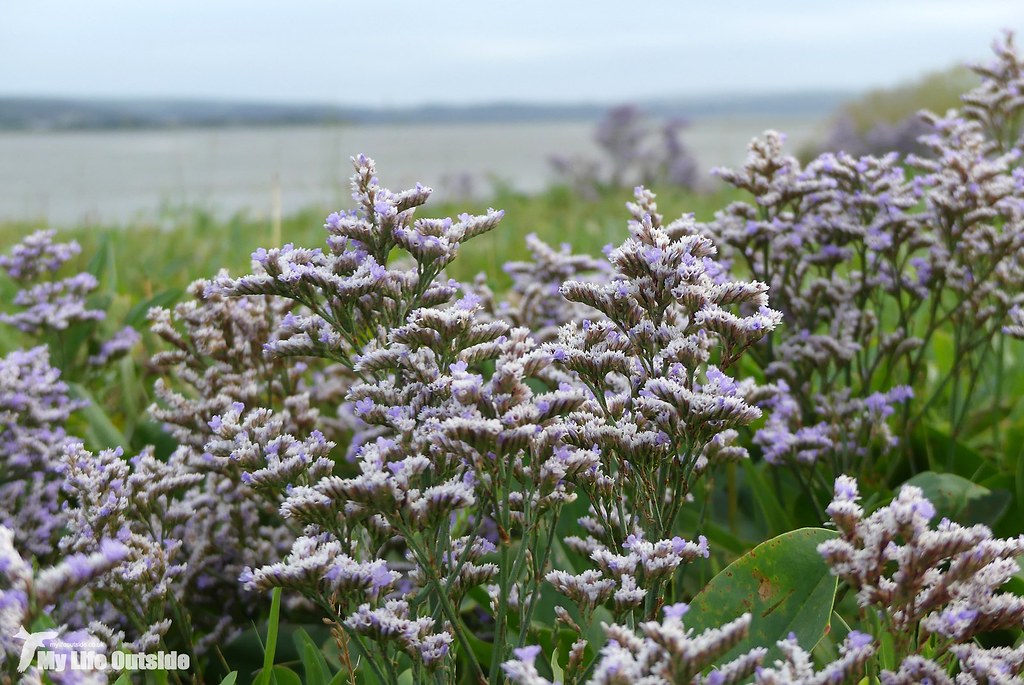 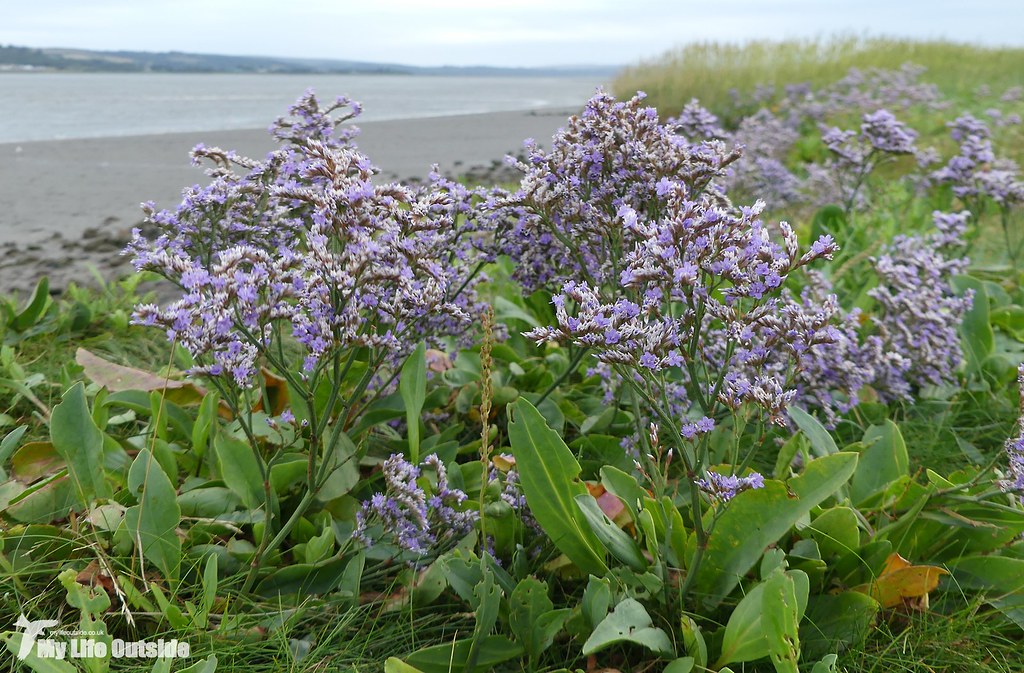 Before any concerns are raised that I may be softening with age you’ll be glad to hear that much of my interest was indeed taken up by birds. And there were plenty of them too. The tides here are ferocious and acres of mud quickly became rushing currents, pushing all those lovely waders a whole lot closer. Easiest to spot were of course Curlews, their melancholy calls emanating from all corners as if to herald the onset of autumn. I know it may seem a long way away right now but migration is already gathering pace and think about it, when exactly was the last time you saw a Swift?

Little Egrets and Grey Herons were dotted here and there and it was great to watch a flock of at least sixty Black-tailed Godwits come flying in. For whatever reason the majority clearly saw something they didn’t like and after landing briefly they were soon on their way once more. Those that did settle were joined by four stunning Knot in summer plumage. Much like the lavender above their red breasts shone like beacons as light levels continued to fall. Thinking back I can’t remember the last time I actually saw Knot as pristine as these and therefore they alone were well worth the trip.

Other highlights included at least four Mediterranean Gulls feeding amongst the usual Black Headed and Common Gulls but of Terns we could see no sign.

That brings us rather neatly to Friday where a trip over to Pembrey Harbour found Sandwich Terns in abundance. Admittedly most were so distant as to be almost totally obscured by sea fog which rolled across our surroundings in waves, but I’d recognise those calls anywhere.

Along the shore another six or so Mediterranean Gulls were wondering if they shouldn’t take after their names and do one whilst Emma had a good shout for Whimbrel but alas it was gone before we could be sure. No mistaking the banks of Oystercatchers however and after seeing everyone tweeting about flying Ants for the past couple of weeks I was delighted to find a mini eruption of my own. Admittedly this event was on a rather smaller scale compared to that long summer’s day some two decades previous which still burns so vividly in my mind, but there was plenty to keep a hungry family of Pied Wagtails and a few Rock Pipits busy. 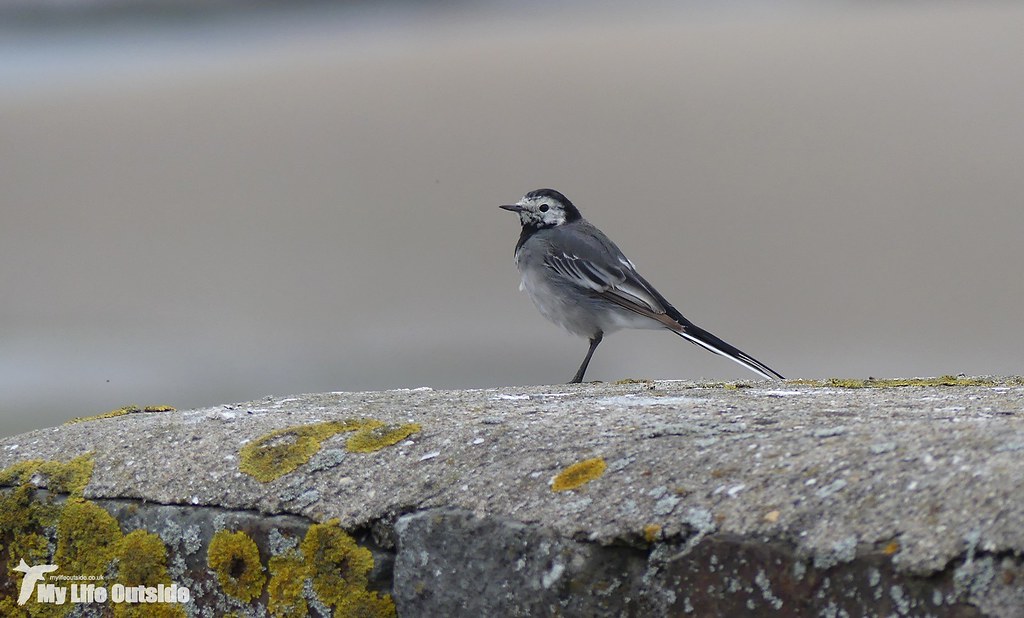 Looking distinctly down in the dumps a little further along was this juvenile Crow. When we arrived it had been sitting on the marsh looking dejected and by the time we left it had taken its moping up onto the sea wall. Quite what afflicted it so we’ll never know but I will always make the effort to spend time with our corvids. Villains, ruthless hunters and vermin if the press is to be believed. Really? 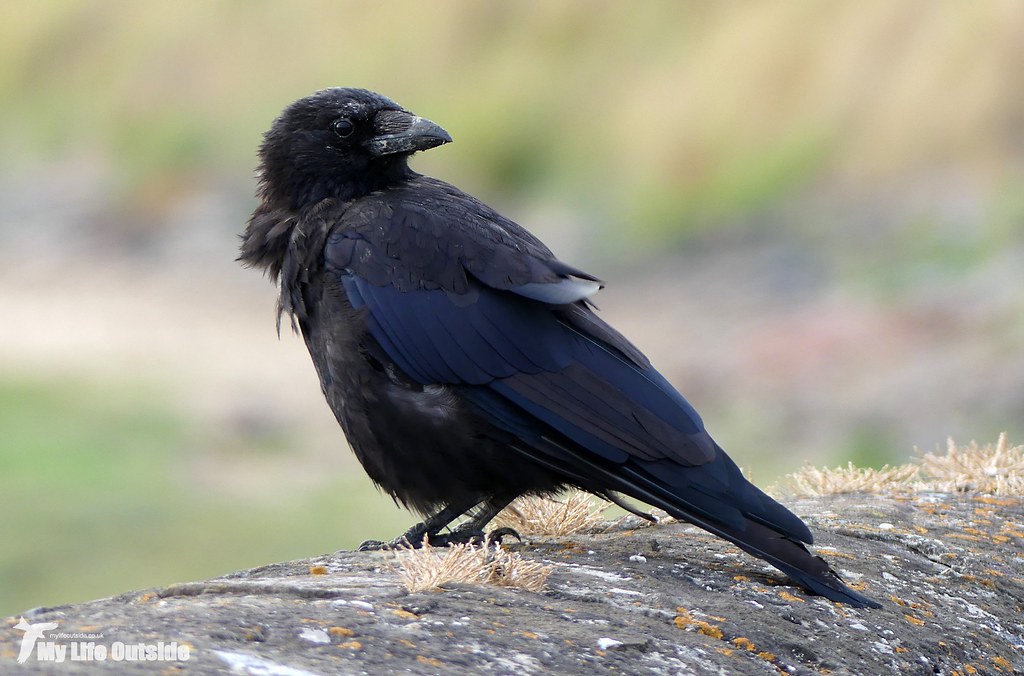 We could have stayed to watch the tide come in but I’m not ashamed to admit that the call of fish and chips was too strong. Even so an excellent couple of evenings had been had yet I can’t escape the feeling that the sands of time are slipping inextricably by. I wonder how long before this hot, dry summer seems just a distant memory.