Barmouth to Fairbourne and the Blue Lake

In my league table of Friday night’s, last week’s rates pretty near the top. Why I hear you ask? Let me set the scene.

We’d arrived in Barmouth at dusk and after meeting up with old friends it was on to our base a couple of miles further north. Quickly unpacked we cracked open the drinks and had a good old catch up before heading outside to marvel at events being played out overhead. Being well away from any major settlements light pollution was at a minimum so, despite a few last vestiges of sunset staining the sky out west, we could already see millions of stars and the first faint signs of the Milky Way. Mars and Venus both shone brightly and as our eyes became more accustomed to the dark we began to pick out satellites rushing by on their never ending orbits. Most were high and slow but one whizzed over at what must have been incredible speeds. I find it simply jaw dropping that we’re able to observe such spectacles though it did bring home quite how much “stuff” we’ve managed to put into space in a relatively short period. There’s some fascinating and worrying models out there which show quite how easily a destructive chain reaction could occur with the debris from one satellite destroying the next and so and so on. Sobering thoughts in these days of being constantly connected, particularly when watching the Perseid meteor shower nearing its peak. Yes not only did we have the Milky Way, planets and satellites to enjoy but also that favourite of childhood stories, shooting stars. It was a night not unlike this, many moons ago, that I spotted my first meteor streaking across the sky and to this day I still find them utterly enthralling.

Perhaps unsurprisingly I slept a contented sleep that night waking fresh for the challenge ahead. Our original plan had been to climb Cadair Idris but alas the Welsh weather had other ideas. Although it was sunny an incoming weather front could already be seen approaching from the south and with gale force winds and torrential rain forecast for later we made the sensible if slightly disappointing decision to stick to lower altitudes. As a secondary option though our planned route across Barmouth Bridge and on to Blue Lake was by no means a let-down, its eleven miles full of stunning scenery, history and hopefully some wildlife too.

By the time we set off at around half nine the cloud was already with us slightly scuppering my chance at decent photographs of Barmouth Bridge itself. Those would have to wait for later. Instead I focussed on a few detail shots, first of the old swivel section which I’d love to see restored and back in action then on the surprising appearance of Sea Ivy growing between the tracks. 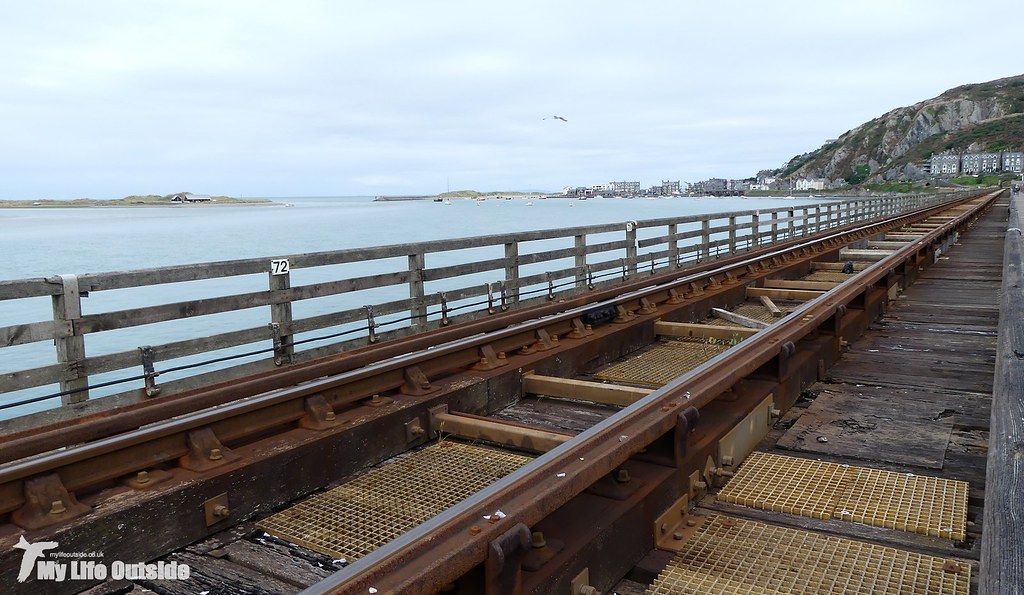 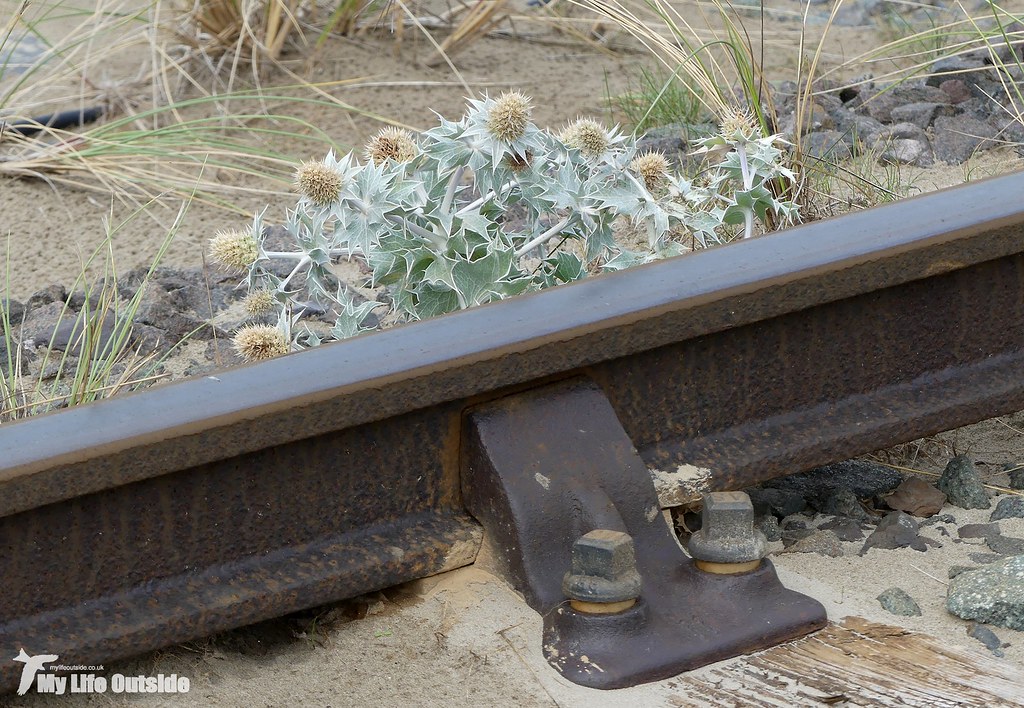 Beneath us the waters of the Mawddach estuary were in full flow, ferocious currents at the best of times but even more so today with a spring high tide seemingly in a rush to be somewhere else entirely. Leaning over to watch the eddies swirling their way across the surface I couldn’t help but think that anyone unfortunate enough to take a dip would not end up having the best of days. Further away from the main channel vast areas of salt marsh were being slowly revealed, a fragile environment formed behind the spit which stretches out from Fairbourne. Not only do these deposits protect the village itself but they also form the trackbed for Fairbourne railway whose diminutive locos we could see and hear throughout our walk. 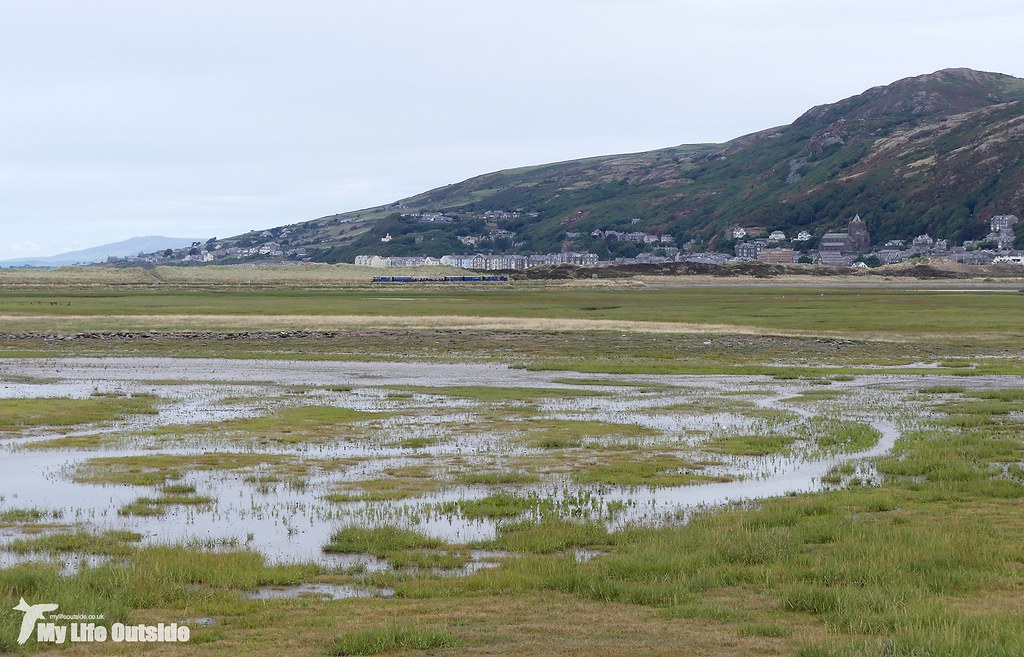 On the birding front we were well catered for with Grey Herons and Little Egrets dotted about but I was most pleased by a small mixed flock of Dunlin and Ringed Plovers. Watching them scurry along reminded me a lot of our time spent in Norfolk which is never a bad thing. There were a few butterflies on the wing too, despite increasingly blustery conditions, including this Small Copper. 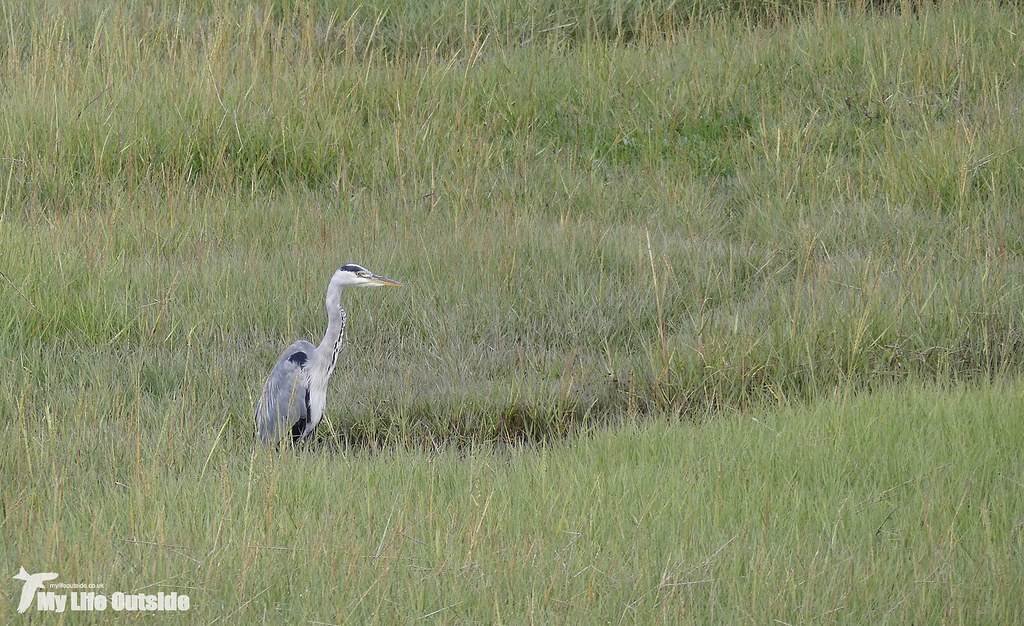 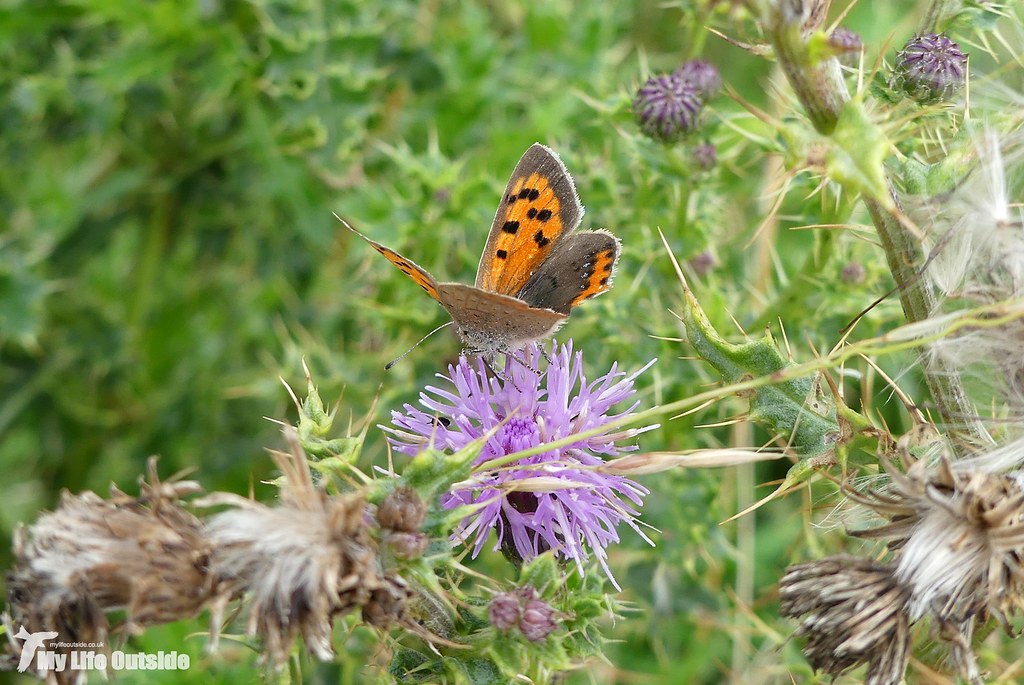 A newly opened path took us around the edge of the estuary, through Fairbourne itself then on up to the old Golwern slate quarry. Worked in the 1860’s and long since abandoned there’s plenty left for those interested in this period of Welsh history and, if you’ve been reading this blog for a while now, you’ll know that I love nothing better than exploring old industrial ruins. Being quite a compact site it’s easy to see most of what’s left including the inclines and a couple of impressive slate arches which once carried tramways overhead. Even today these remain in excellent condition and lead you nicely to the centrepiece of this site. 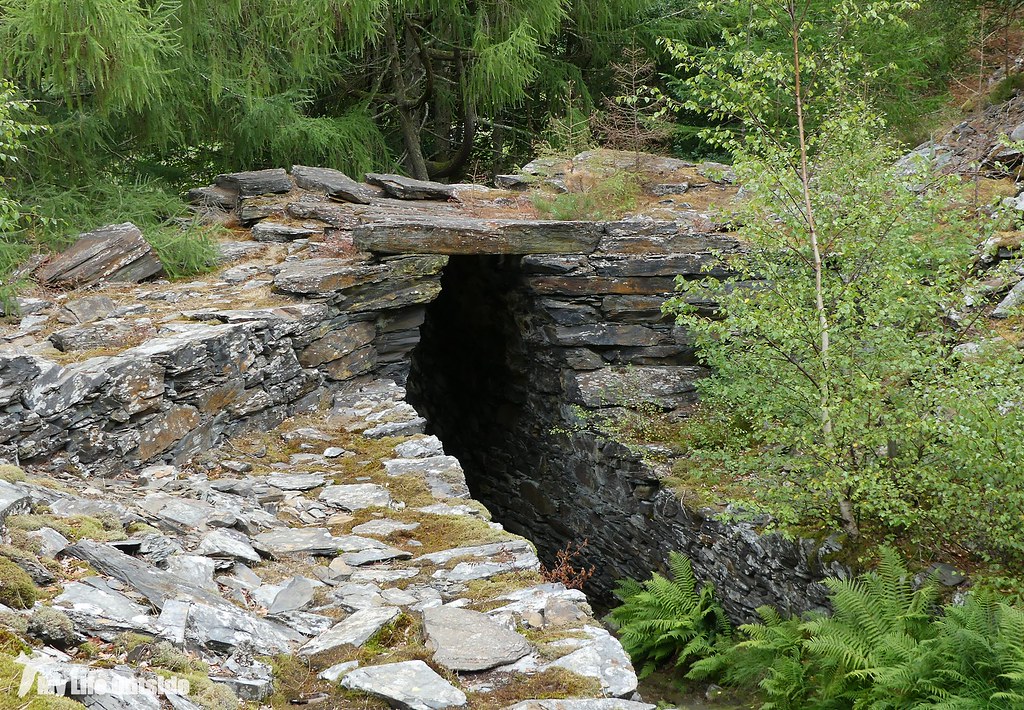 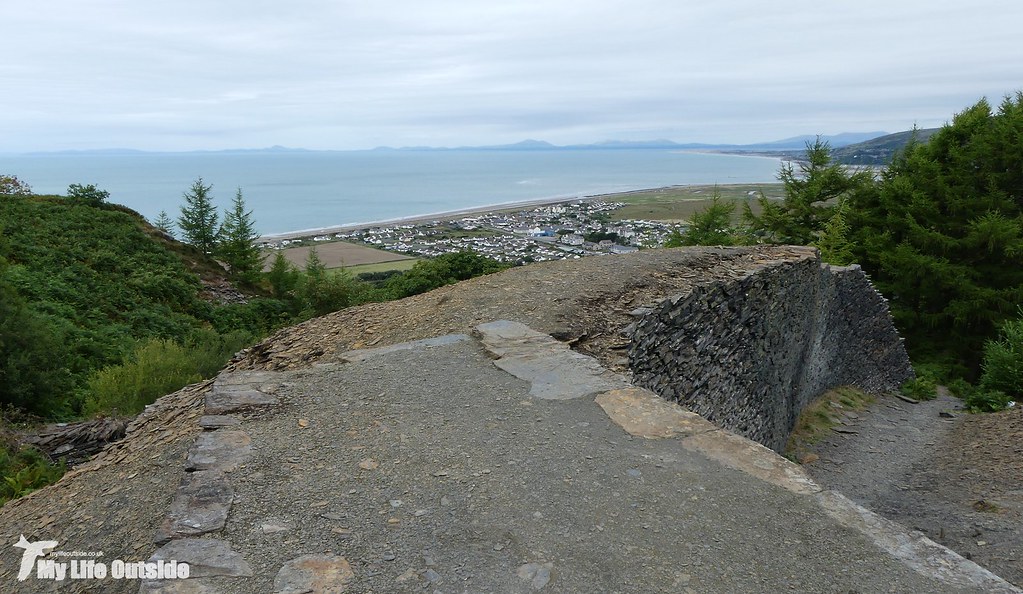 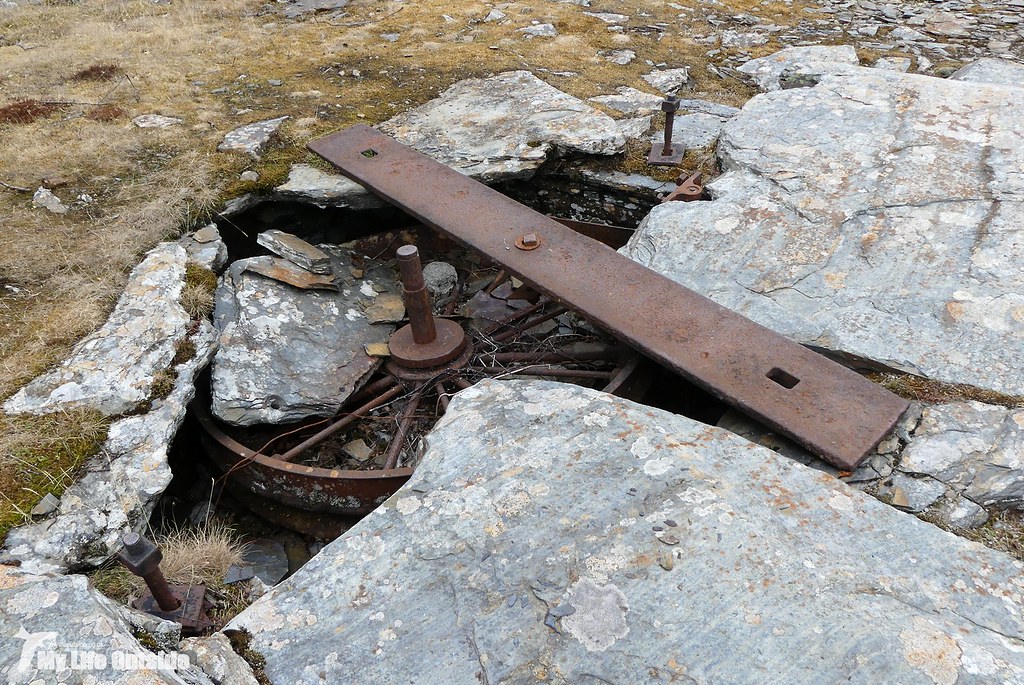 Entering an unimposing adit takes you along a narrow passage, rails still in-situ beneath your feet, before opening up into the main workings themselves. Flooded long ago the resultant waters are a deep blue on sunny days lending the lake its name. On this occasion things were a little more turquoise, both colours caused by minerals dissolved within the water. 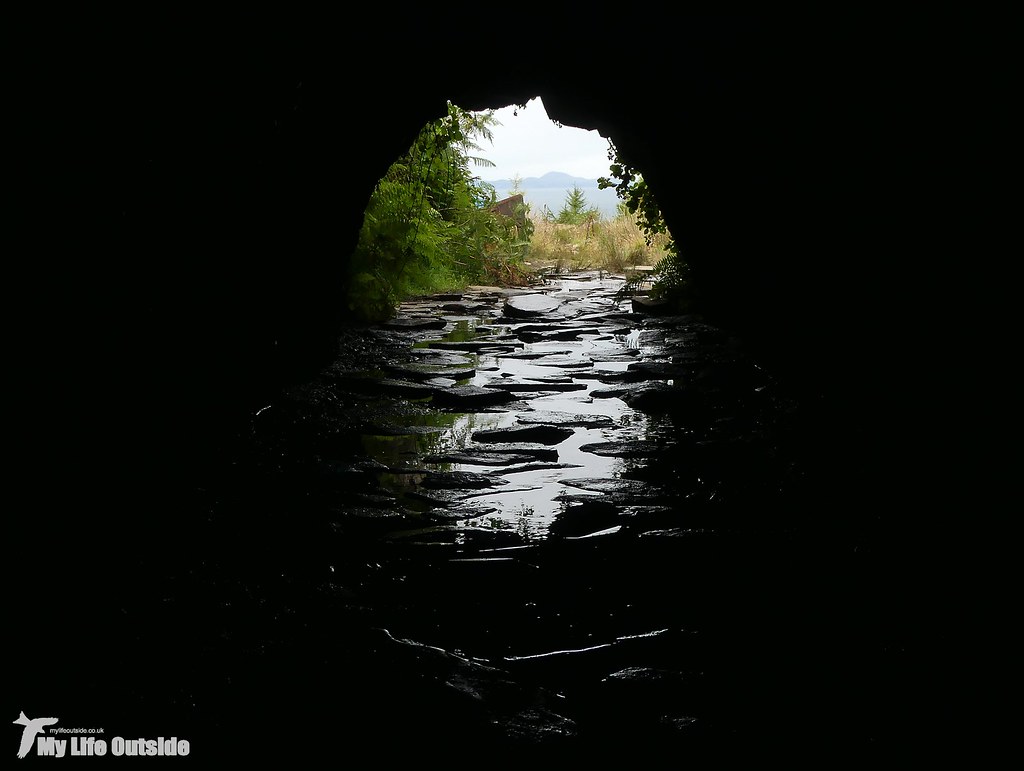 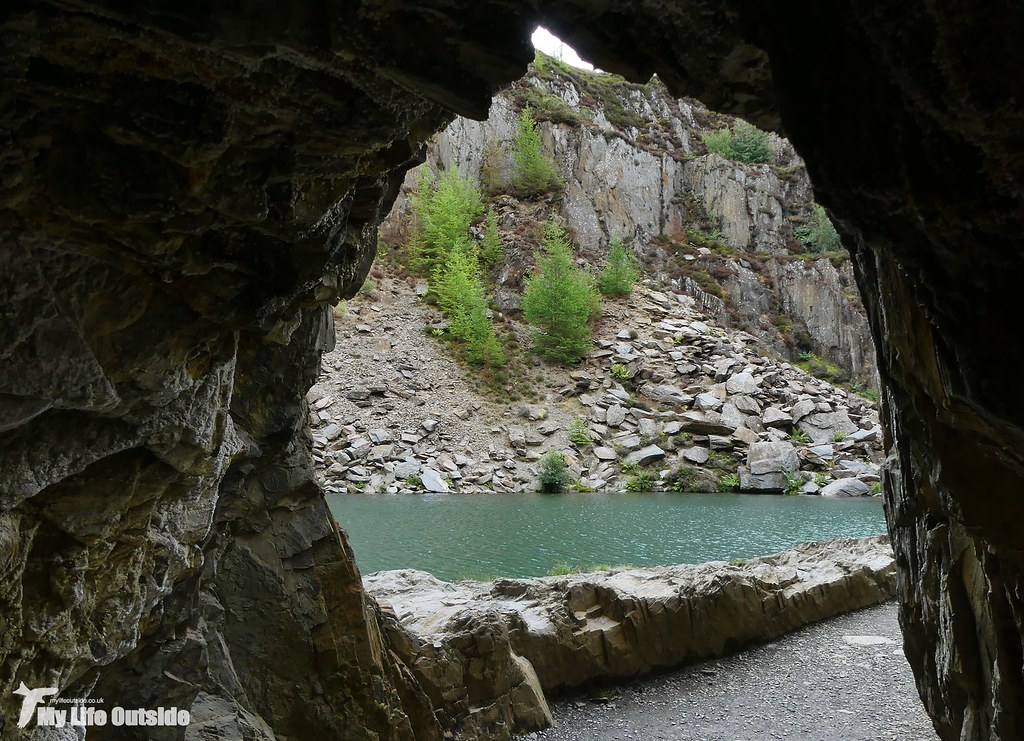 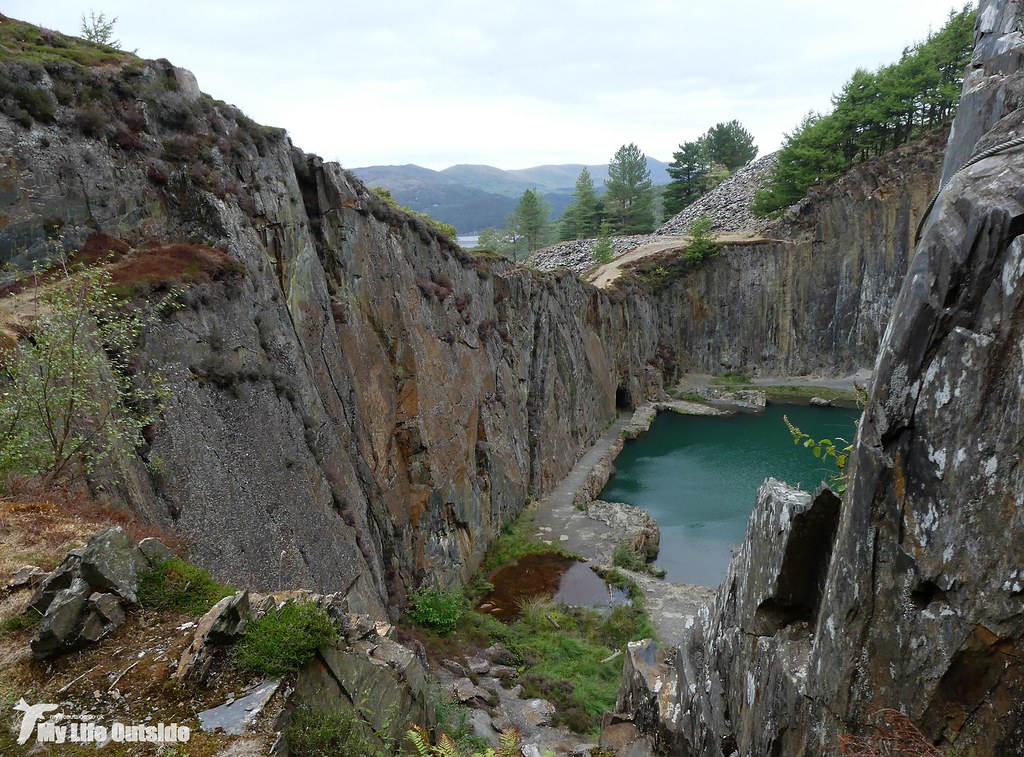 What these pictures perhaps don’t show is quite how popular Blue Lake has become over the years. Thanks to numerous appearances on TV and in print there were at least twenty others here before us with a constant stream of comings and goings throughout our visit. Several were taking the opportunity for a quick dip in what is after all touted as one of the country’s top wild swimming spots. Rather them than me and I’m sure I don’t need to spell out the dangers of old quarry workings.

It was at this point that the weather finally began to turn on us, first a brief shower before prolonged spells of drizzle settled in for the afternoon. That didn’t stop us enjoying an ice-cream on our way back through Fairbourne of course and if anything it just made the views back towards Barmouth bridge even more impressive. 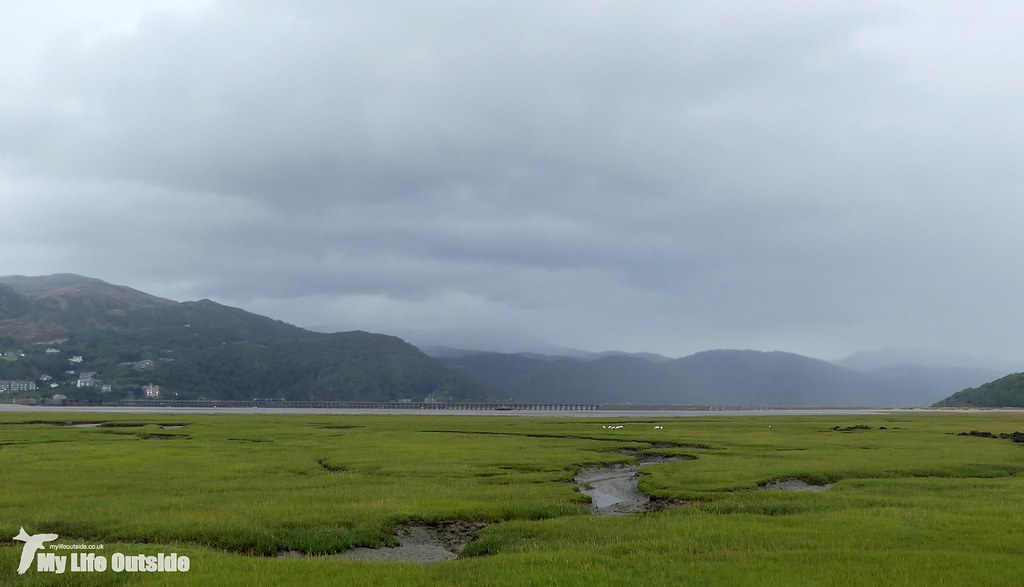 Crossing the bridge itself once more we were fortunate to coincide with a train heading the other way. 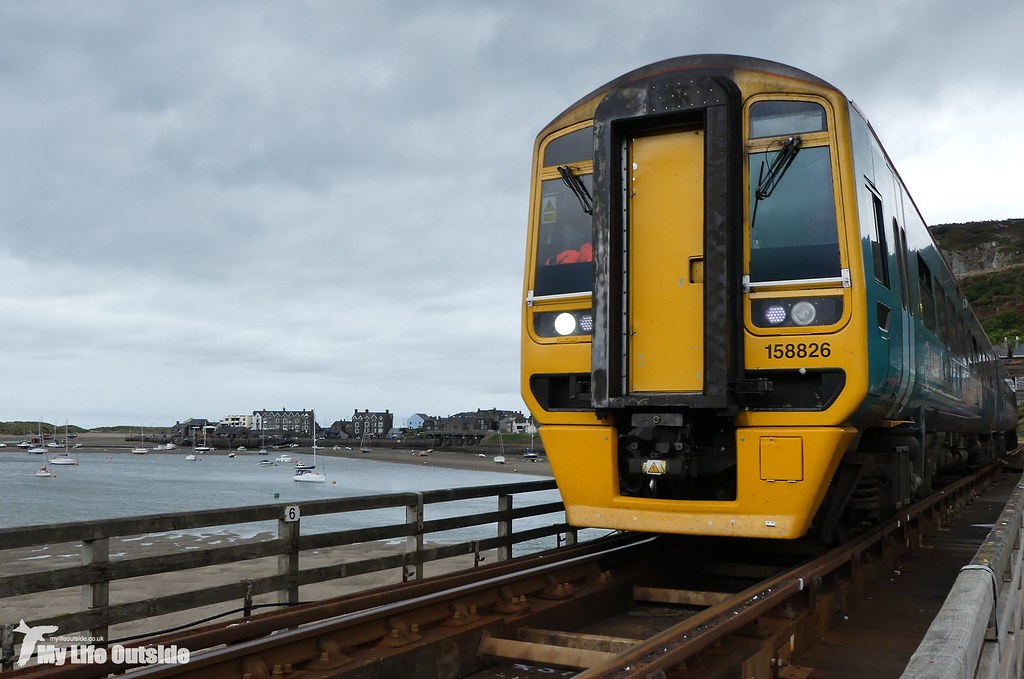 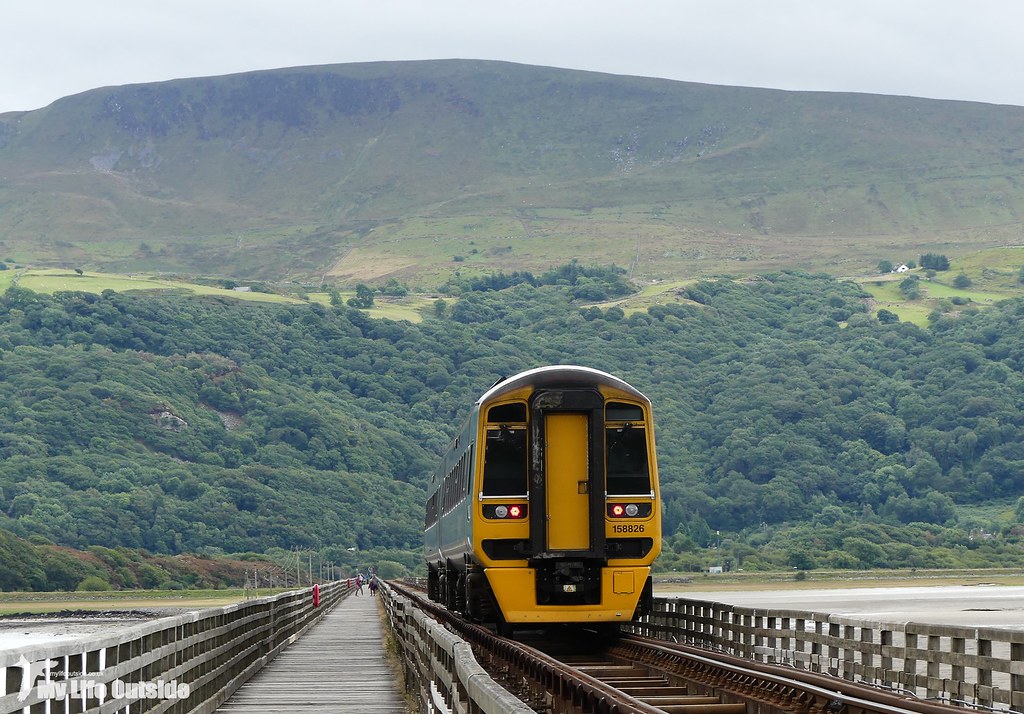 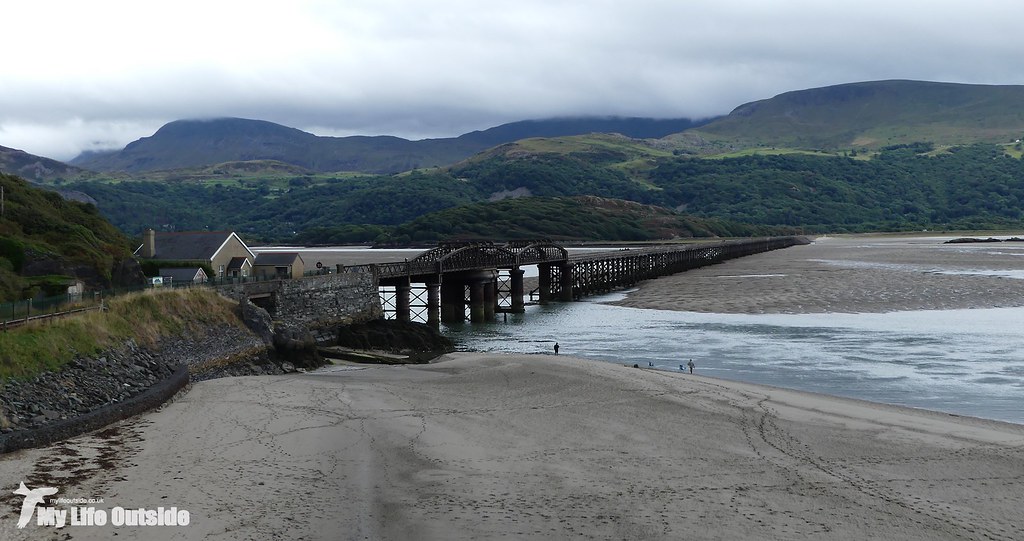 That evening we enjoyed a lovely meal at the Last Inn before turning in for the night, our longest walk of the summer completed and in the best of company at that. Let me assure you that after a weekend like this Monday mornings are oh so much harder.

Bank holiday weekend was a busy one for us with Saturday spent exploring the Preseli Hills (trip report to follow) and Sunday afternoon taken up with something called a social gathering. An odd concept I Read more…

Choosing places to visit lately includes the additional consideration of how busy said destination is likely to be. Isn’t it amazing how crowded this country gets when hordes of tourists aren’t jetting off around the Read more…