Review – A Message from Martha by Mark Avery

I’ve been reading virtually non-stop today, so deeply engrossed in Mark Avery’s latest book “A Message from Martha” that finishing has left me at something of a loss as to what to do next. The only suitable option I could come up with was to switch on this computer and write a review, though not having undertaken such a task for over a decade I’ve no real idea what form it should take. Perhaps therefore it’s best to start at the beginning with an admission that despite my love of birds I’d never really heard of the Passenger Pigeon. Carrier yes, Wood definitely but what was once the most numerous bird in the world? Somehow not. Take your pick at whose door the fault for this omission should lie but in reality we should, as the human race, take a collective responsibility for not holding up the Passenger Pigeon as a lesson against which all our future actions should be measured. Perhaps it’s a general malaise at hearing about just another extinct species, and an American one at that, but to not have learnt from the loss of a bird whose flocks could number in the billions would have been to waste one of the most dramatic and sobering extinction events of recent times.

And by recent I really do mean recent. In his opening chapters Mark gives a dramatic overview of the Passenger Pigeon in the mid nineteenth century when flocks a mile or more wide could be seen passing overhead often for several days at a time. Such was the density of these mass movements that there are numerous accounts of the sun being obscured but that’s as nothing compared to the impact of seeing a nesting site first hand. One account from 1871 speaks of two arms stretching through the woodlands of Wisconsin, one stretching for fifty miles by eight and the other seventy five miles by six. Within this huge area birds would have been densely packed, often hundreds of nests to a single tree, for mile after mile after mile. Beneath them the ground was reported to be inches think with droppings whilst all around the sound of crashing timber would herald the failure of a large branch or whole tree, crushed beneath the weight of nesting birds. Just trying to imagine such a scene today with hundreds of millions of birds concentrated together is virtually impossible so the presence of numerous excerpts from contemporary observations, combined with Mark’s scientific analysis, are invaluable. In fact the collation of those accounts for me was one of the highlights of this book as hearing the same sense of wonderment from many different and unconnected authors only serves to enhance the feeling that the Passenger Pigeon truly was something special.

Of course spectacle is only one part of the Passenger Pigeon story and this book takes a detailed look at other elements of its biology. Though much remains unknown Mark’s journey through fact, fiction and deduction kept me engrossed as I slowly built up a better understanding of what it meant to be a Passenger Pigeon. Obviously nothing can replace first-hand experience and Mark takes us on a thought provoking road trip through the final years of this once numerous bird. From the last recorded wild individual (shot) to the Cincinnati zoo where Martha, last of her kind, passed away, there’s almost a sense of inevitability concerning how few of the people encountered during his travels are aware of the story and how changed America has become since western invaders (I thoroughly approve of Mark’s use of this term) arrived.

By this point I could already sense where we were heading and that, of course, was the reasons why we can’t still enjoy massive flocks of Passenger Pigeons today. In a way I almost wanted things to turn out differently but in the end it all comes down to careless (for in this case extinction was certainly not deliberate) actions of the human race in its ever searching desire for progress. I got the distinct impression that Mark didn’t think a lot of this so-called progress but I’d be a hypocrite not to acknowledge, as Mark does, that we certainly appreciate the easier lives we have today. However the same levels of comfort could undoubtedly have been achieved without such whole scale destruction of the natural world.

And this, for me, is where “A Message from Martha” really starts to hit home. Had the book finished there it would undeniably have been a fascinating and engrossing look back at one of the great extinction events of our time, but many would have put it down with a knowing shake of the head aimed squarely at our less educated ancestors. Thank goodness we don’t make the same mistakes today!

The inclusion of the current plight of our Turtle Dove therefore is a master stroke and turns this book from a valuable account into something entirely more purposeful. Though never pushed I found myself nodding along to Mark’s views on the current state of our own countryside and whose declining wildlife is figure headed by the magnificent, and rapidly disappearing, Turtle Dove. The book mentions on numerous occasions that each generation only measures a population on its own experiences and for me that means seeing Turtle Doves as a rarity. I’ve spotted the occasional individual over the years and always thought that was good going until reminded that barely thirty years ago large flocks were the norm. How could I, considered by myself to be reasonably well informed, have made such a glaring error? And that right there is why I enjoyed reading this book. It wasn’t just a lively look back at a special bird but a warning that we have yet to learn from past mistakes. I’ve been left questioning whether I’ve really been doing as much as I could to help our struggling wildlife instead of simply taking it for granted, and sadly found myself wanting. My only hope is that in reading this book more will come to the same realisation and that Martha’s message will not have fallen on deaf ears. The alternative doesn’t bear thinking about.

I highly recommend checking out Mark’s daily blog here to keep abreast of current conservation issues and of course think that you should read his book. It really is excellent.

Over population is taking more and more habitat and wildlife struggles to have Wild areas to be wild in! ALL the birds I have become used to in my own yard are less and less each yr…We humans are not doing enough. Just trying to keep our own grounds as natural as possible helps, I hope. This sounds like a great book to encourage us to do more!

It's a very sad state of affairs that has to change soon before it's too late.

I'll have to read this next time I top my Kindle up.
Thanks for the review.

No problem. Hope you enjoy. 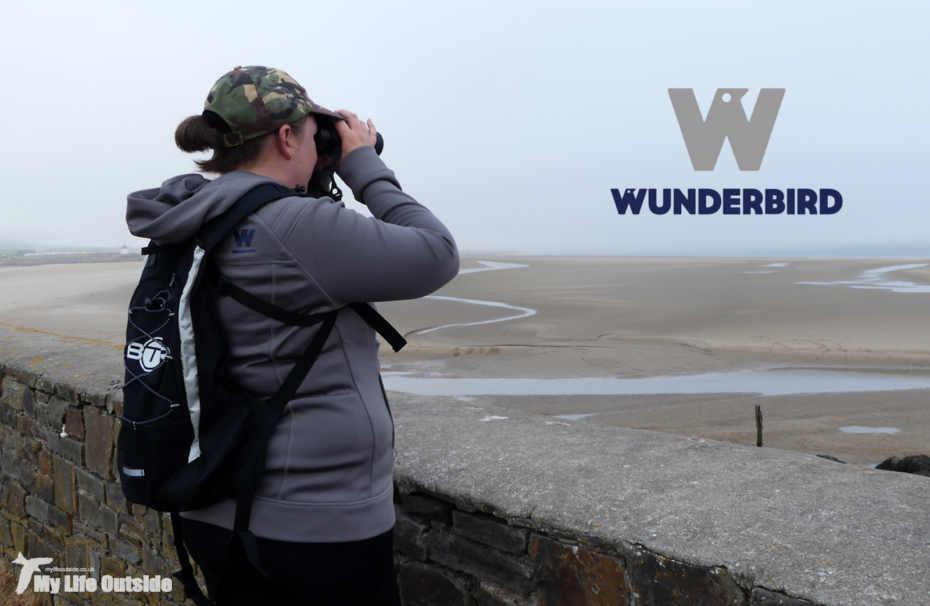 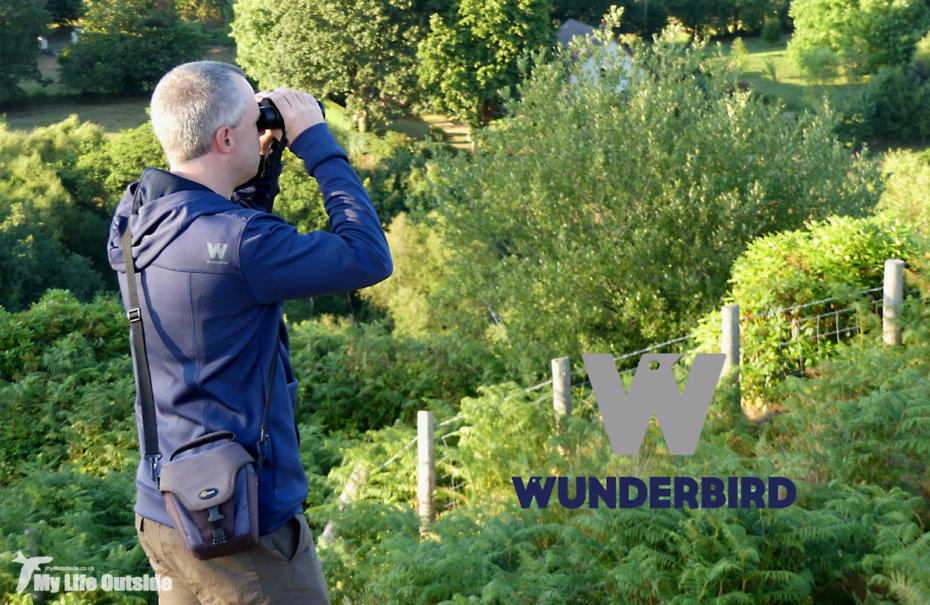 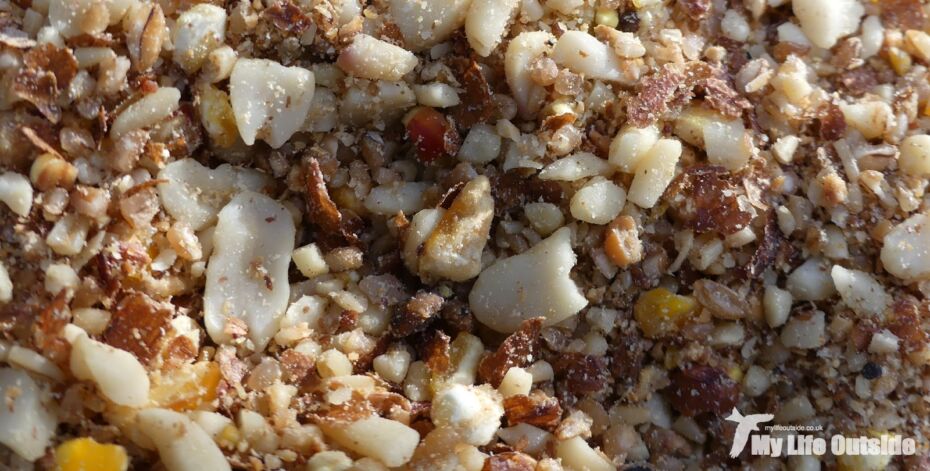