It seems like an absolute age since we last spent a night under canvas so straight from work on Friday we packed the car and headed west. Over the years we’ve stayed at a number of campsites in Pembrokeshire including one on the cliffs above Fishguard which although offering stunning views does have the drawback of being a tad exposed. Taking down a tent in the early hours thanks to gale force winds is one experience I’m not all that keen to repeat. Since then we’ve always looked for more sheltered locations in which to lay our heads and none fits the bill better than Brandy Brook just outside Roch. Nestled deep in a wooded valley it’s a place of serene calm and beauty, no more so than when you’re the only residents as we found ourselves to be on this occasion. It only took a few minutes to get our tent pitched and then there was nothing for it but to lie back and listen to the sounds of country life unfolding. From a mature tree nearby I could hear at least one Nuthatch calling whilst overhead both Red Kite and Buzzard soared only to be overshadowed by a Sparrowhawk passing along the hedgerow behind us. Butterflies danced their way across the grass and on the sun soaked fields opposite we watched a flock of sheep go about their business. Or at least they had been sun soaked until a bank of cloud rolled in dropping the temperature noticeably and offering a rare respite from the blazing sun. In two minds as to if it was worth venturing out on the off chance of a sunset we were in the end glad that we did. Somehow, no matter the weather, Newgale never manages to disappoint. 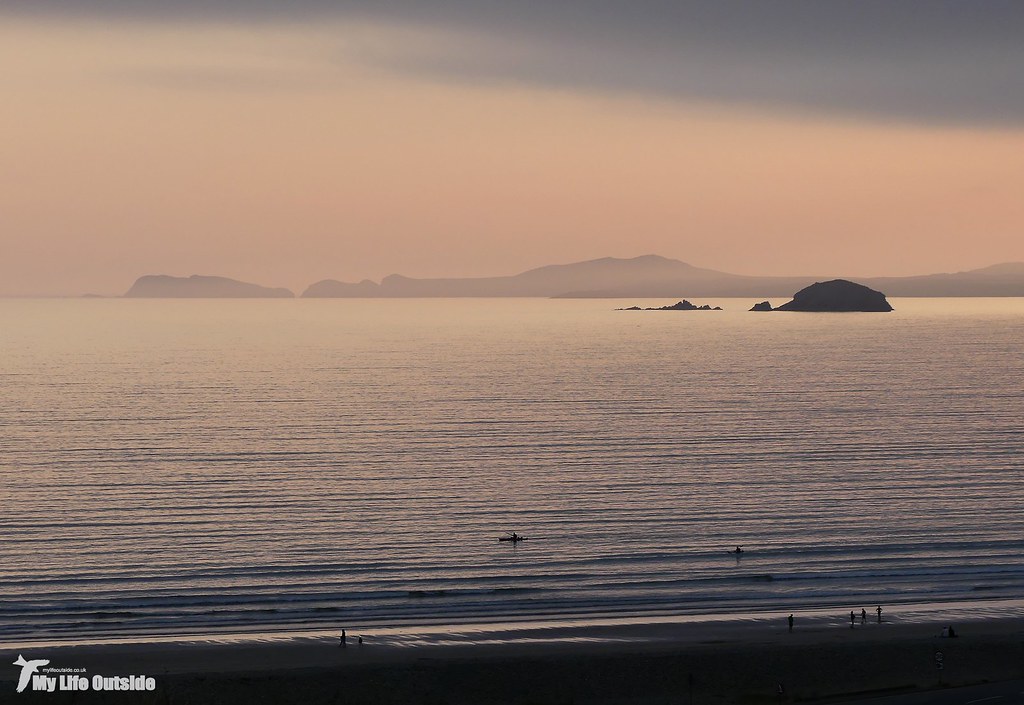 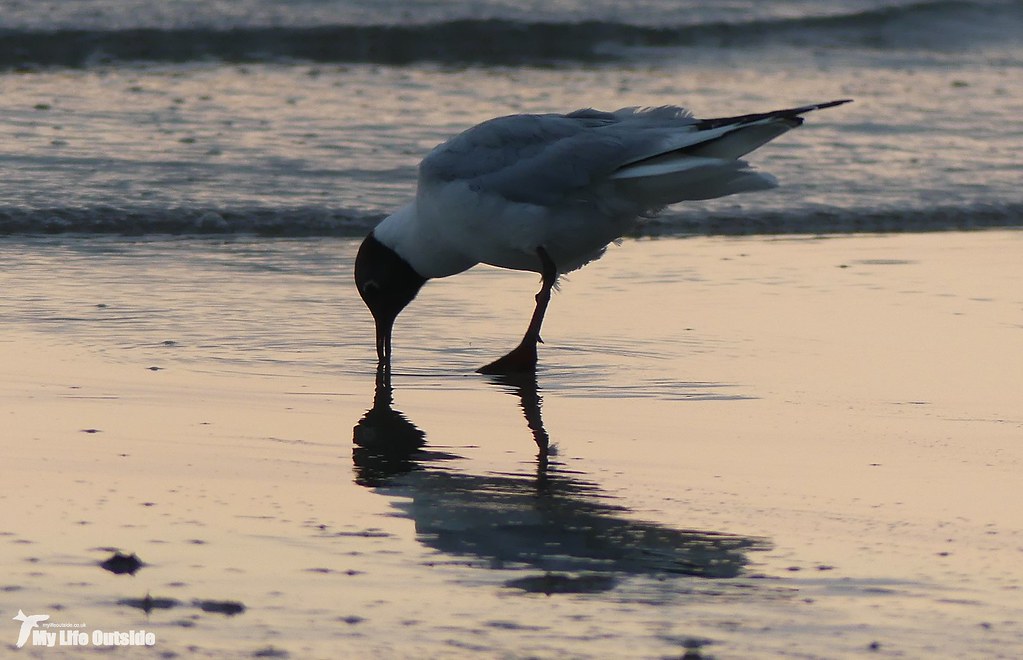 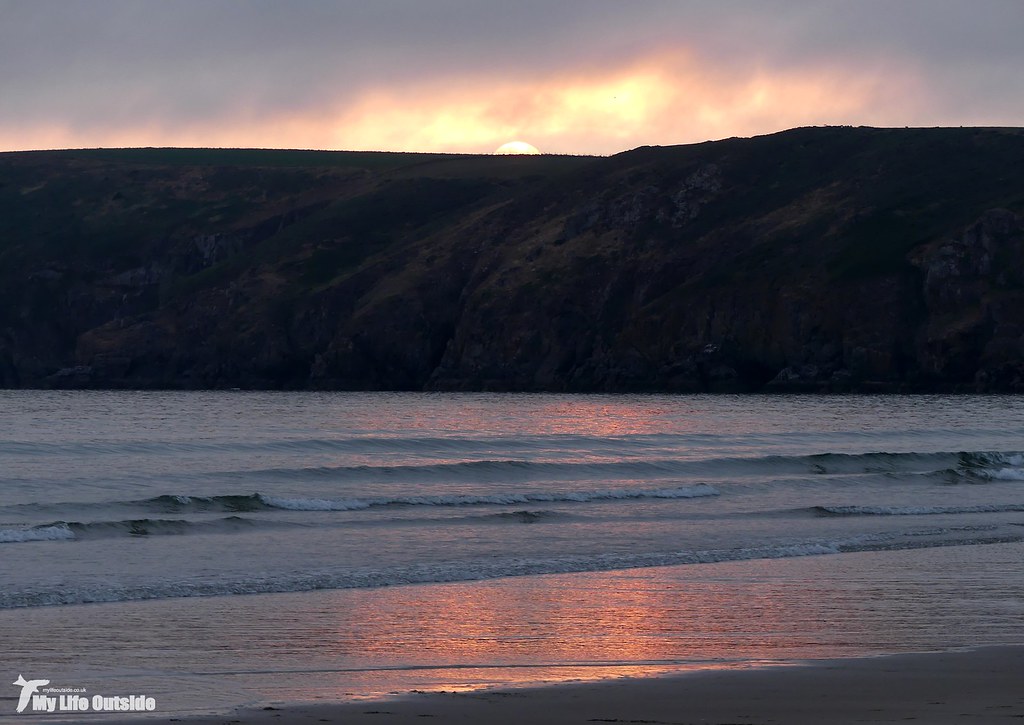 I slept that night probably better than I have in weeks if not months, a combination of being out in the wild and finally away from the stifling heat of the house. Better still we’d managed to pitch in a spot which was shaded until mid morning allowing us to stay cool that little while longer. I could have quite happily sat here all day buried in a good book. 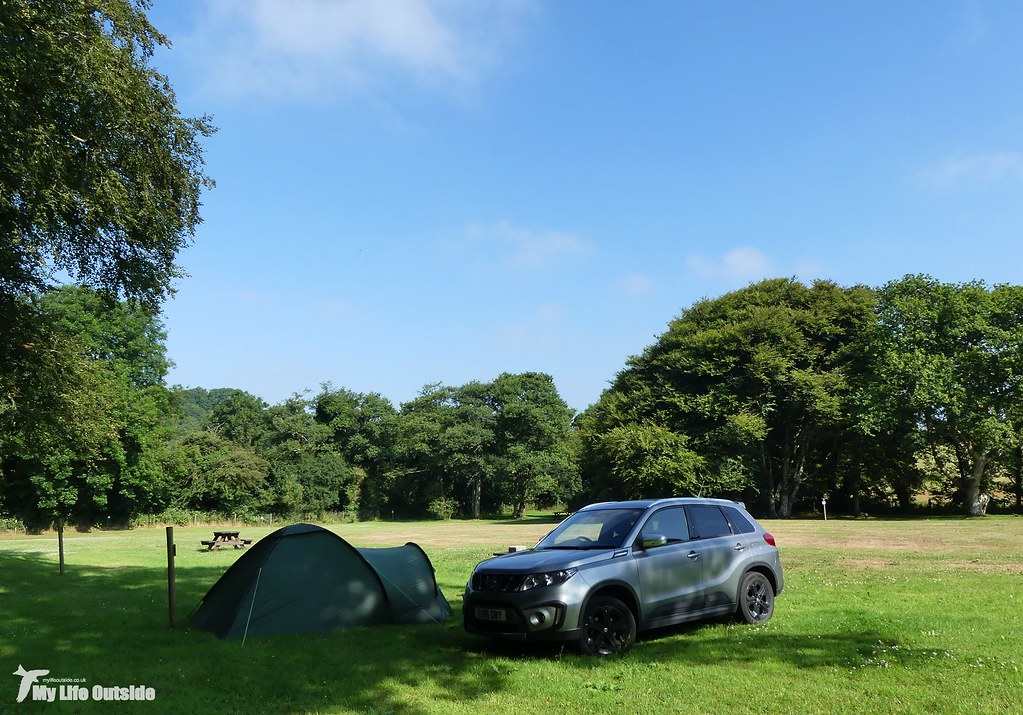 Adventure called though and we soon found ourselves in the familiar surroundings of St Justinian’s where, quite inexplicably, it was misty! Visibility stretched not much beyond the twin lifeboat houses with Ramsey island indistinguishable amongst the murk. Not a day for sea watching then but I must admit the cool air was very welcome indeed. 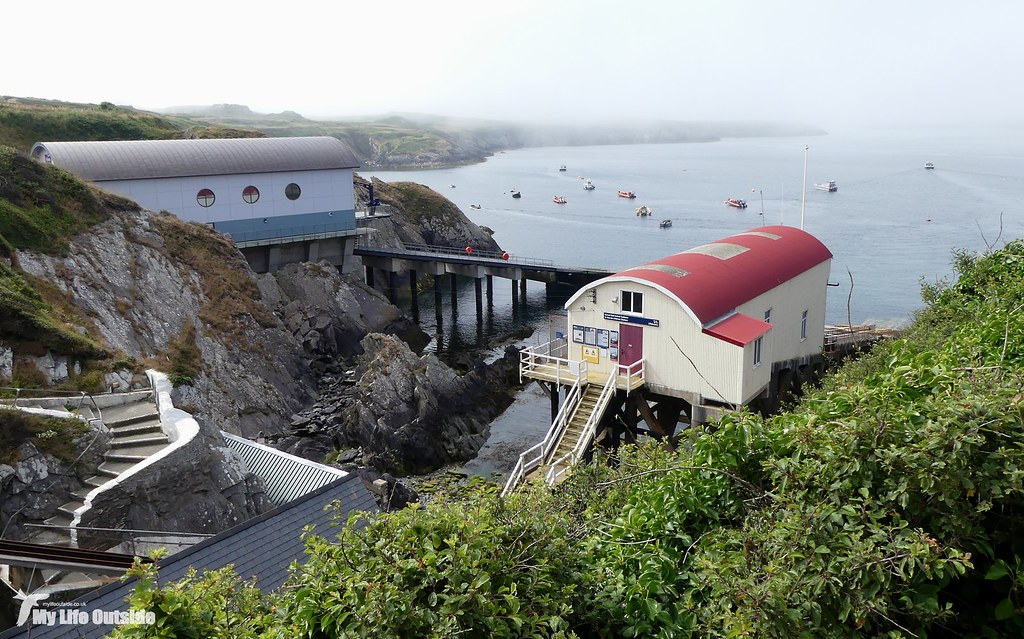 These unusual conditions had clearly done nothing to dissuade the wildlife either as we were soon watching Red Kites, Whitethroats, Rooks and a party of three juvenile Stonechats to name just a few. The mist had even drawn in some species usually more distant including a light passage of Kittiwakes just off the cliffs at Point St John where a Razorbill was also present. In addition we had a good shout for a Great Northern Diver but only seeing it briefly once was not enough to confirm the ID. 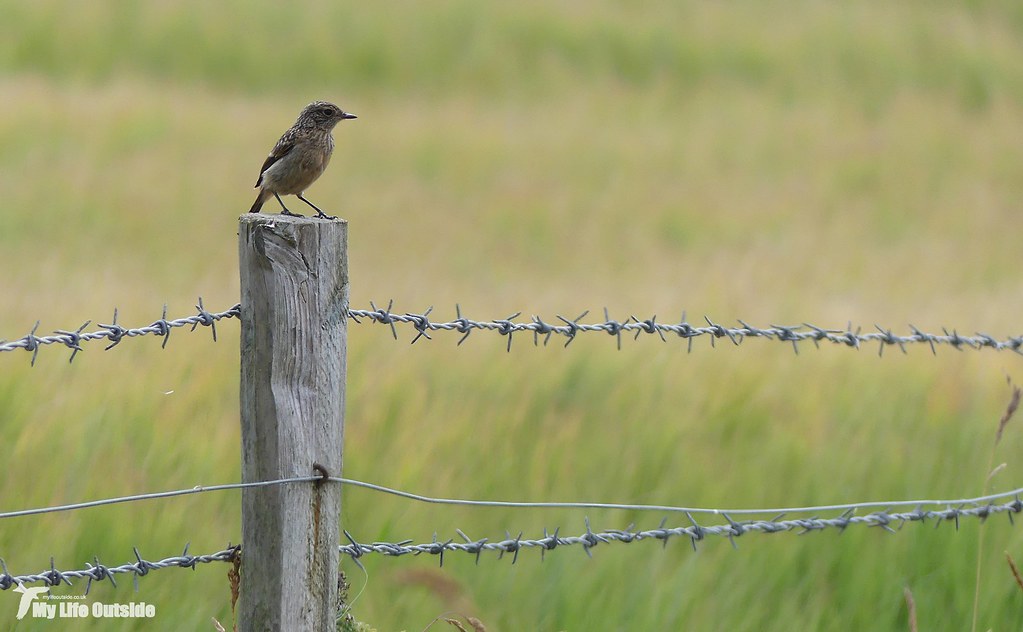 Insect life too was in good form with butterflies lining the coast path as we walked. I can’t remember their numbers being quite so high for a good number of years so presumably they’re loving this hot, dry weather, even if my lawn isn’t. With a light breeze blowing none seemed particularly keen to settle but we managed a respectable list including Red Admiral, Gatekeeper, Common Blue, Meadow Brown, Painted Lady, Wall Brown, Small Tortoiseshell and Large Skipper. There were plenty of bees, hoverflies and beetles too including a rather lovely Summer Chafer. 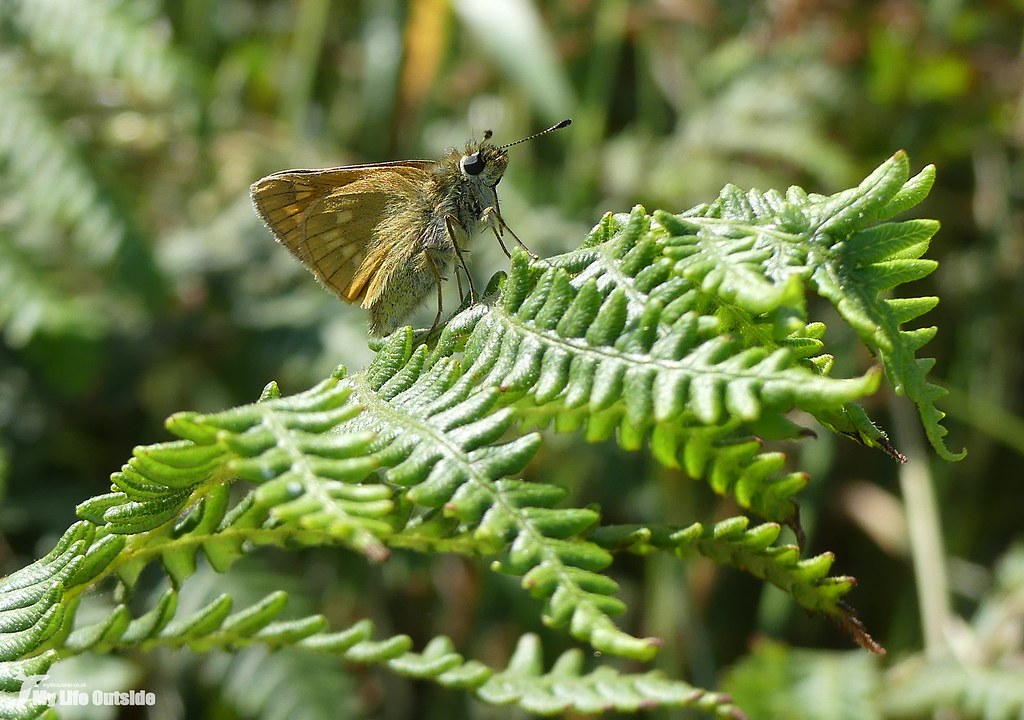 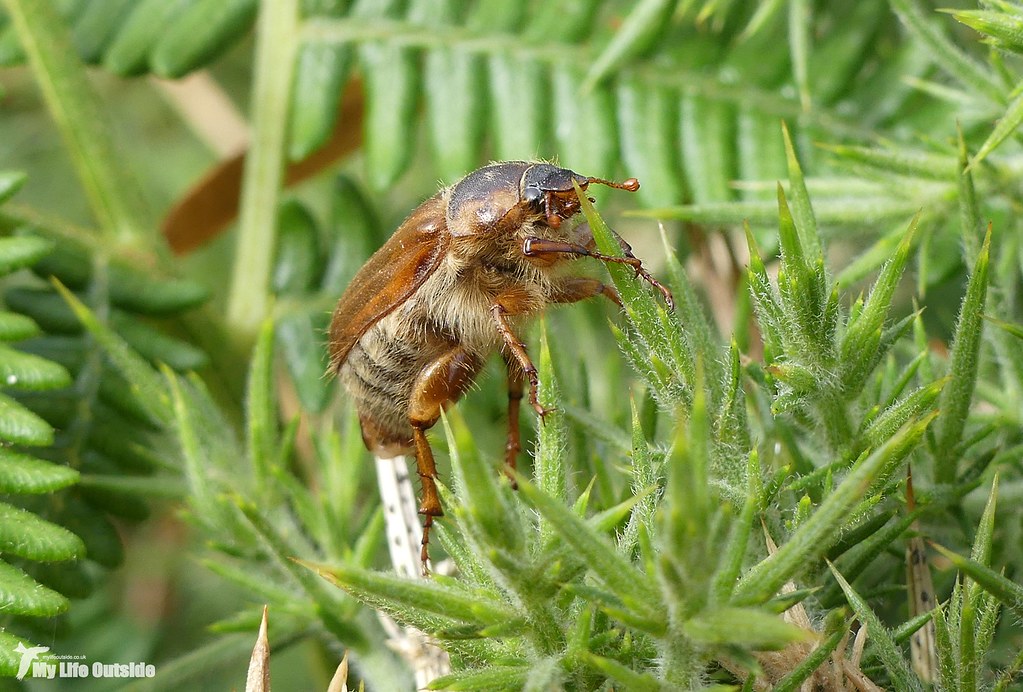 Round the corner at Pencarnan we found a delightful valley full of flowers with dragonflies exploring the marshier bits. Five Chough and a pair of Sparrowhawks were a nice sight overhead and of course who can forget the Pied Crow which was special enough to warrant a post all of its own. The time between our two attempts at connecting with this controversial bird allowed us to spend a happy hour or so down at the beach which coincided nicely with the mist rolling back to allow glorious views over to Whitesands and out into open water. 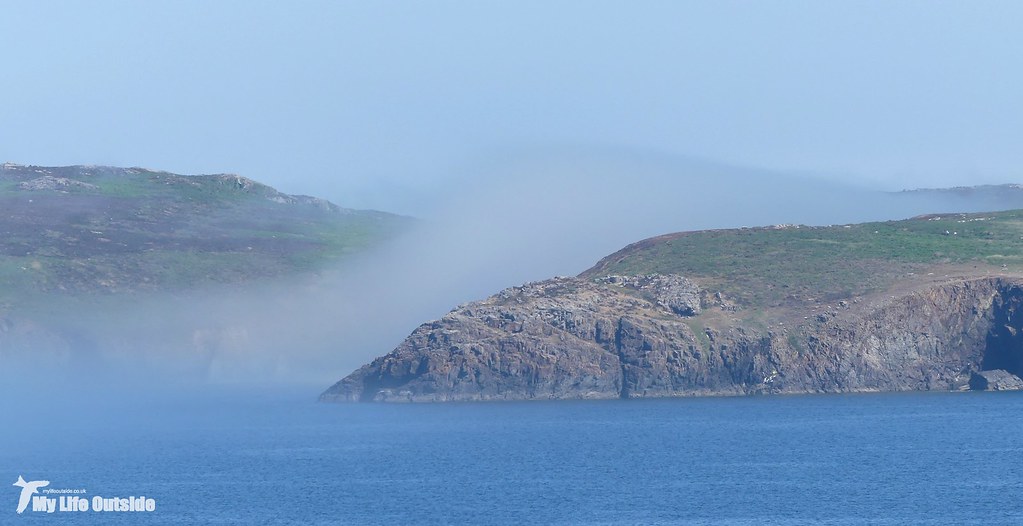 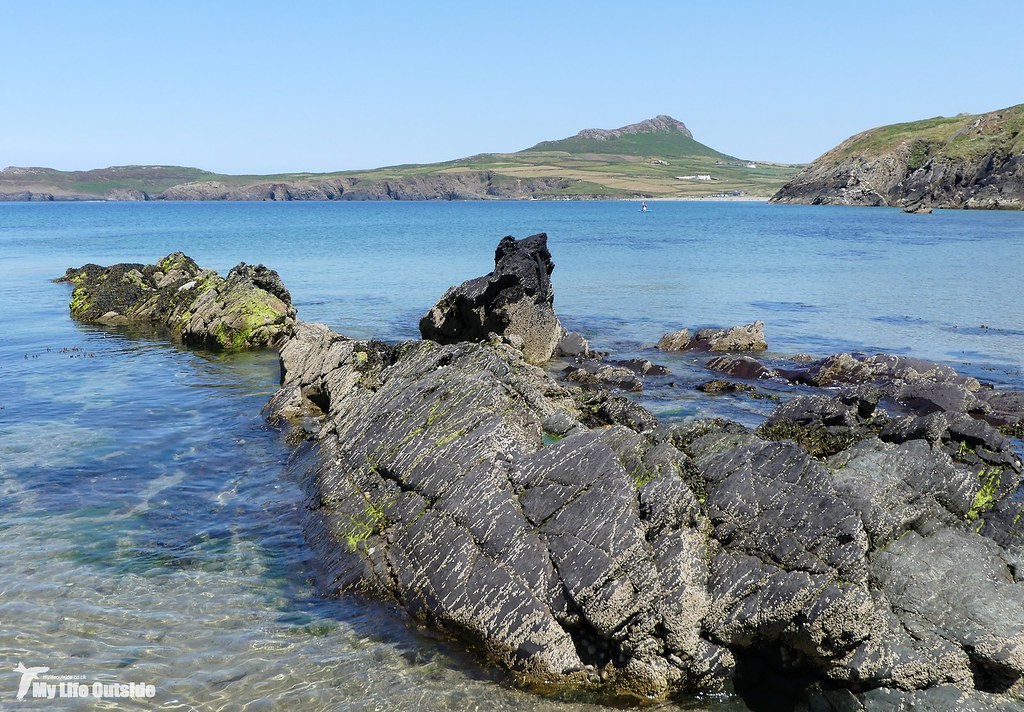 That window of clarity was not to last however and by the time we were heading back to St Justinian’s the mist’s cool embrace had returned with renewed vigour. Somehow whilst all around it was lost the hamlet itself remained bathed in sunshine. 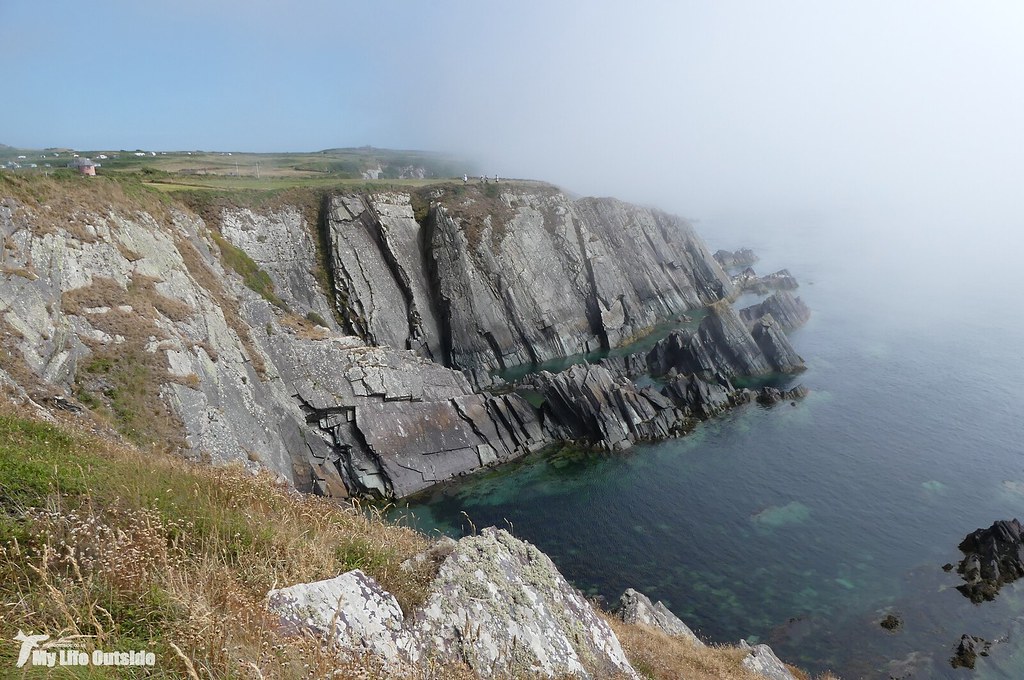 Now at this point it couldn’t quite escape my notice that a certain World Cup football match was on and although we’d decided that Emma couldn’t actually watch as England only score when she’s not, I was keen to at least keep a track of proceedings. Fortunately there were plenty of pubs in St Davids showing the game and the cheers we heard whilst walking down to the cathedral helped reassure that all was going to plan. Perhaps the nine Swifts screaming through the sky above were also cheering us on. 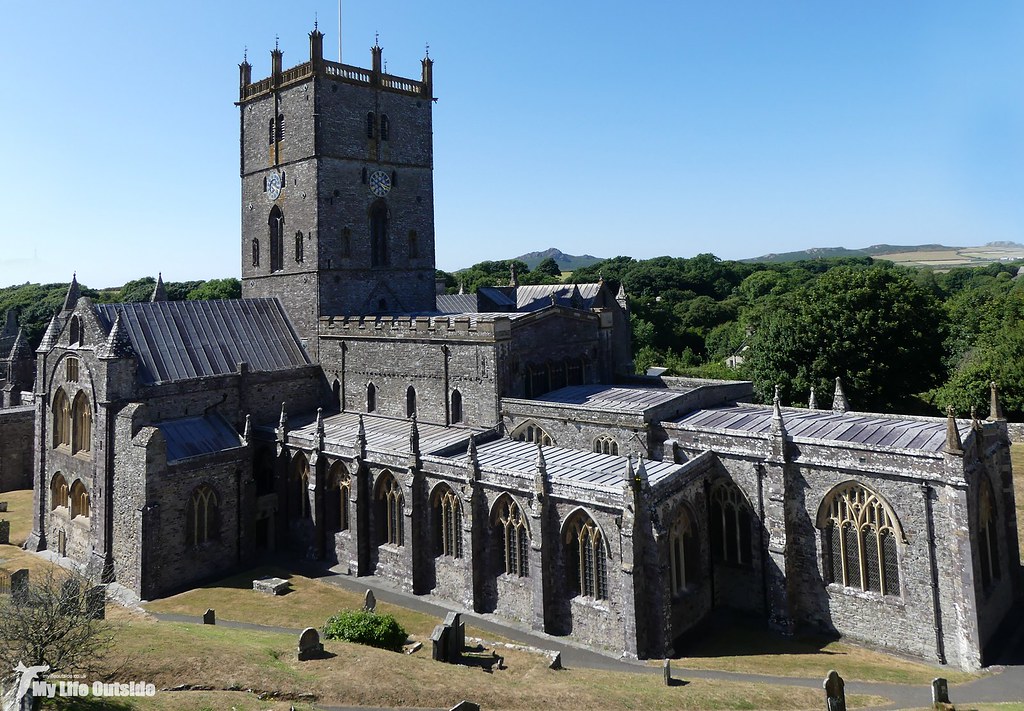 Back at the campsite we had a brief scare when another car drove in but soon relaxed as they turned and left, this little slice of heaven ours to enjoy alone for another night.