Long-tailed Duck at the Knap, Barry

If you’re anything like me then it’s usually easy to recall that first encounter with a new species of wildlife whether it be bird, mammal or anything in between. An afternoon spent tracking Brown Bear amongst the giant Redwoods of California, my first encounter with an Albatross in Monterey Bay or even that crazy evening where the great and the good of our local birding scene descended on Eglwys Nunydd to catch brief glimpses of a Bobolink are remembered just as fondly as the first time I ever saw an Avocet or an Otter or even a Red Kite. Most recently though it was the turn of a Long-tailed Duck to make its indelible mark on my memory when a juvenile stopped over at Burry Port early last year. This was a species I’d been longing to see almost since the day I got back into birding and it didn’t disappoint even though conditions were pretty awful. Fast forward to the present day and I’ve been hankering after a second chance at the Long-tailed Duck ever since.

Fortunately an opportunity finally presented itself back at the start of February when an immature/juvenile type bird was reported on the Knap boating lake in Barry. Having never been to Barry I initially read this news with nothing more than idle interest and a sense of admiration for the finder. Over the following weeks however it kept being reported and without fail, almost as if I was being punished, I couldn’t find the time to get down there and see it for myself. Going on past experience I figured that meant I was probably out of luck but with sightings still coming in we finally made it East on Saturday morning. I’m not sure what we’d been expecting but it certainly wasn’t this. 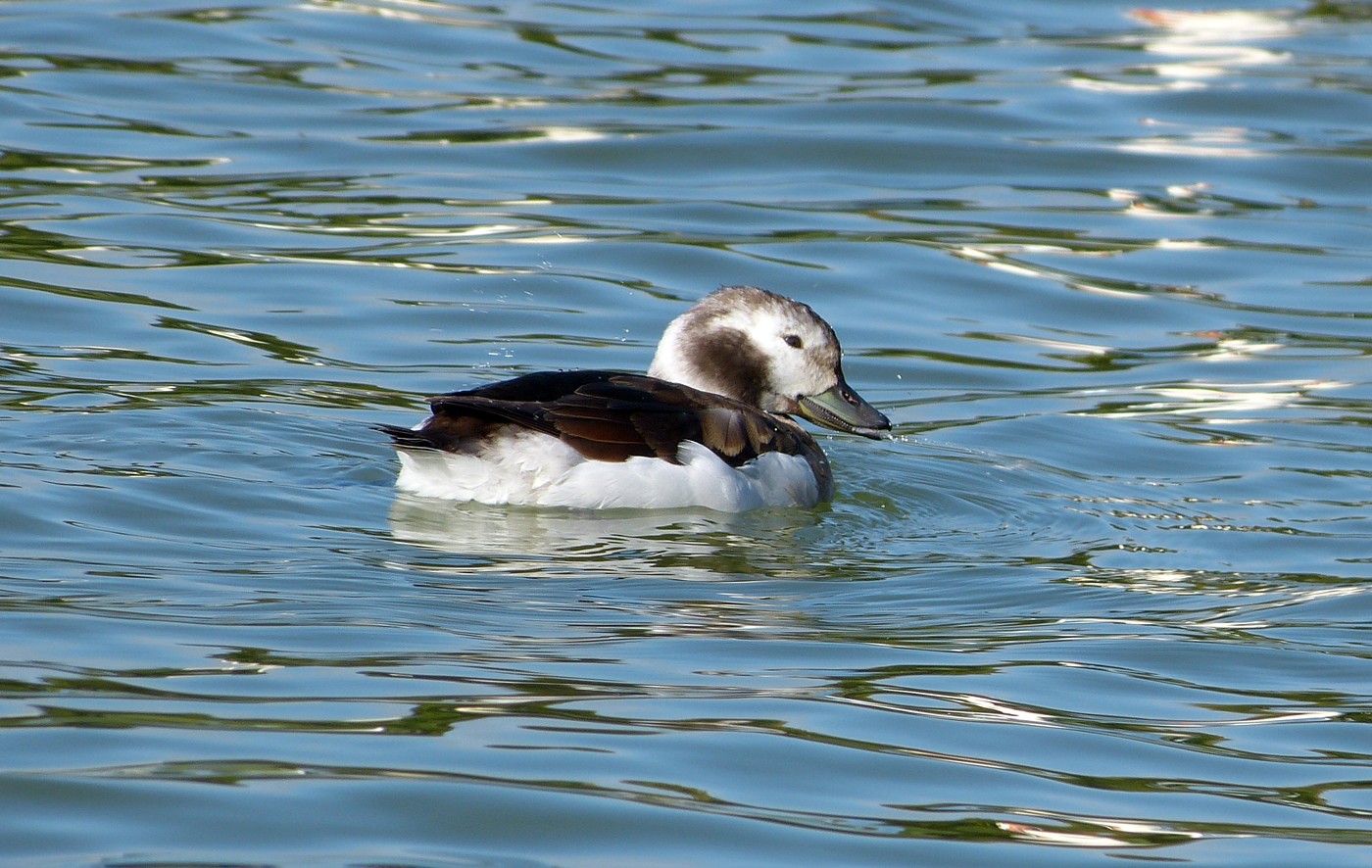 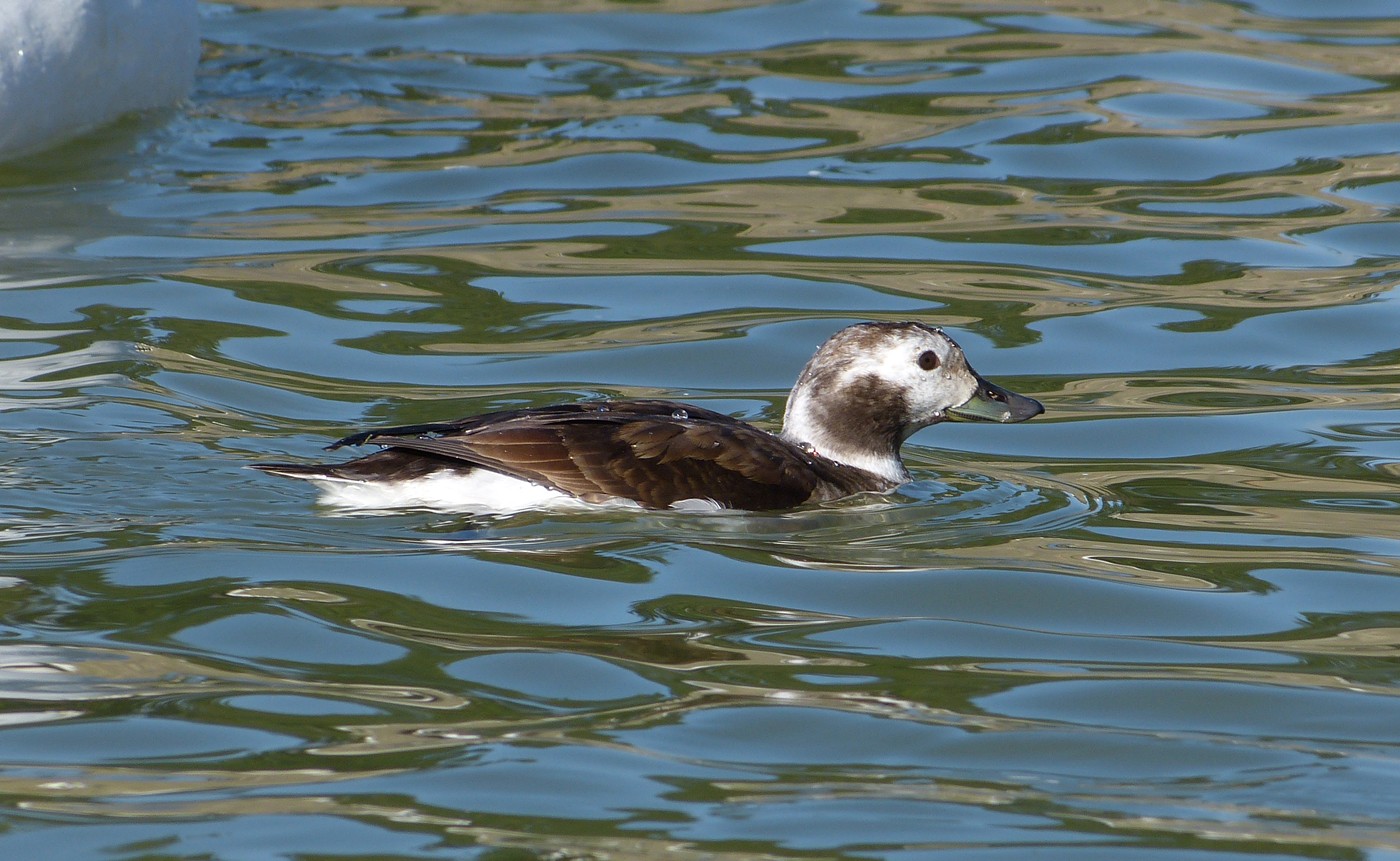 To my surprise the boating lake turned out to be a delightful pool set in sunken gardens just behind the sea wall. Protected from any breeze and with sun shining it felt almost tropical, certainly not the kind of place you’d expect to watch a Long-tailed Duck preening, diving and feeding while a few meters away dogs are being walked and ice creams consumed. And boy could this bird preen. Throughout our stay it was almost constantly attending to its feathers culminating in the extraordinary sight of it standing upright in the water so as to reach those pesky underside areas. This seemed to be achieved through a combination of treading water and sheer dexterity though its backwards motion whilst doing so was nothing short of comical. Indeed such was the extent of this activity that I wouldn’t be surprised to see the duck move on in the near future. 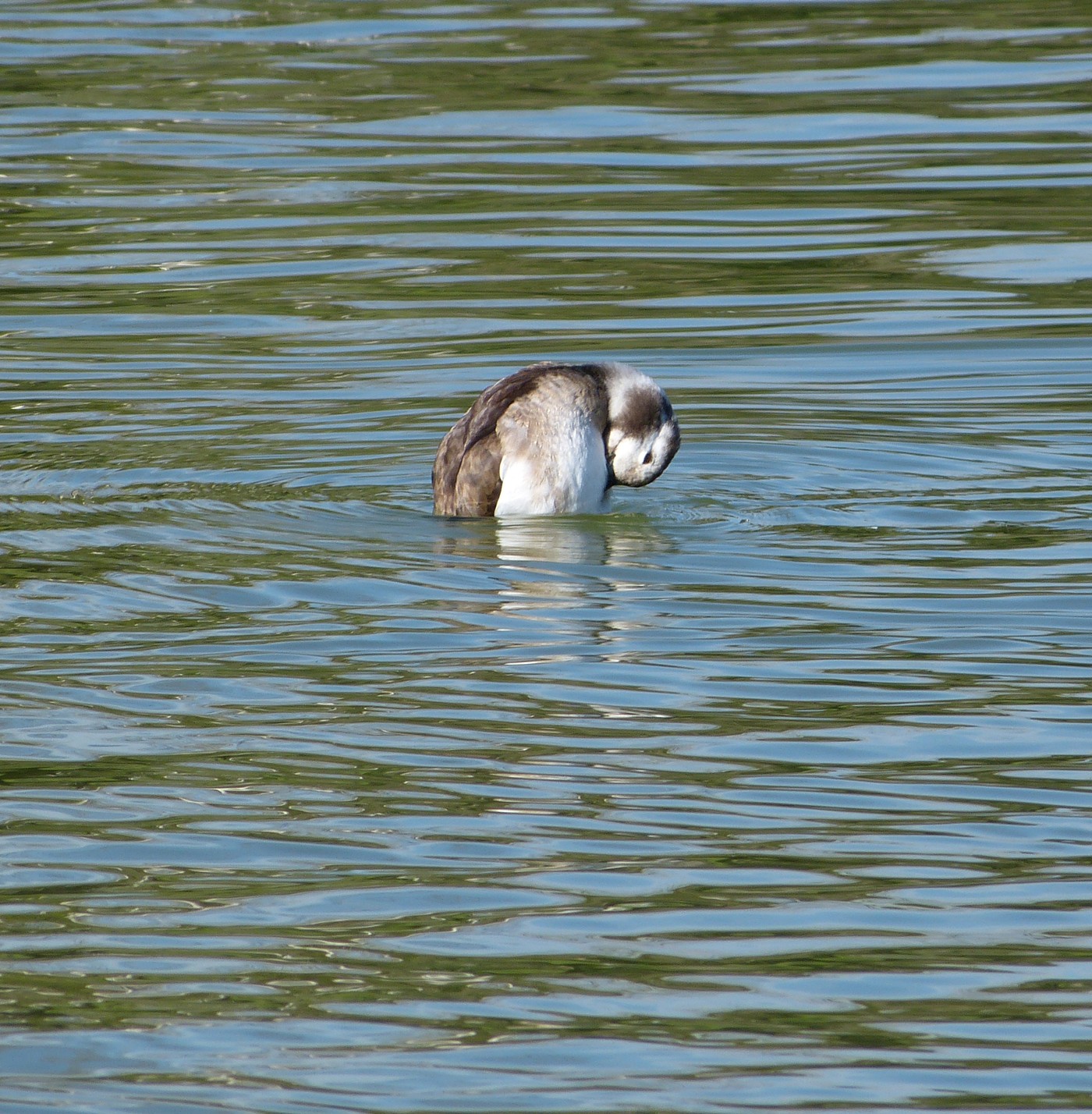 As always you hope for more and if it wasn’t for the horde of Mute Swans following our every move I really think we could have got even closer views. Offerings of bread seemed to attract the Long-tailed Duck but every time it dived to approach the swans would arrive first and the bird would retreat back towards the centre of the lake. There it was closely associating with a small flock of Tufted Ducks who were equally keen to keep away from the melee.

Eventually we had to tear ourselves away with plans elsewhere but not before a short walk along Cold Knap (the shingle beach after which the lake is named) where my first singing Skylark of the spring was in fine voice. Not far away a couple of Dunnocks were also belting out their song with this individual posing well. 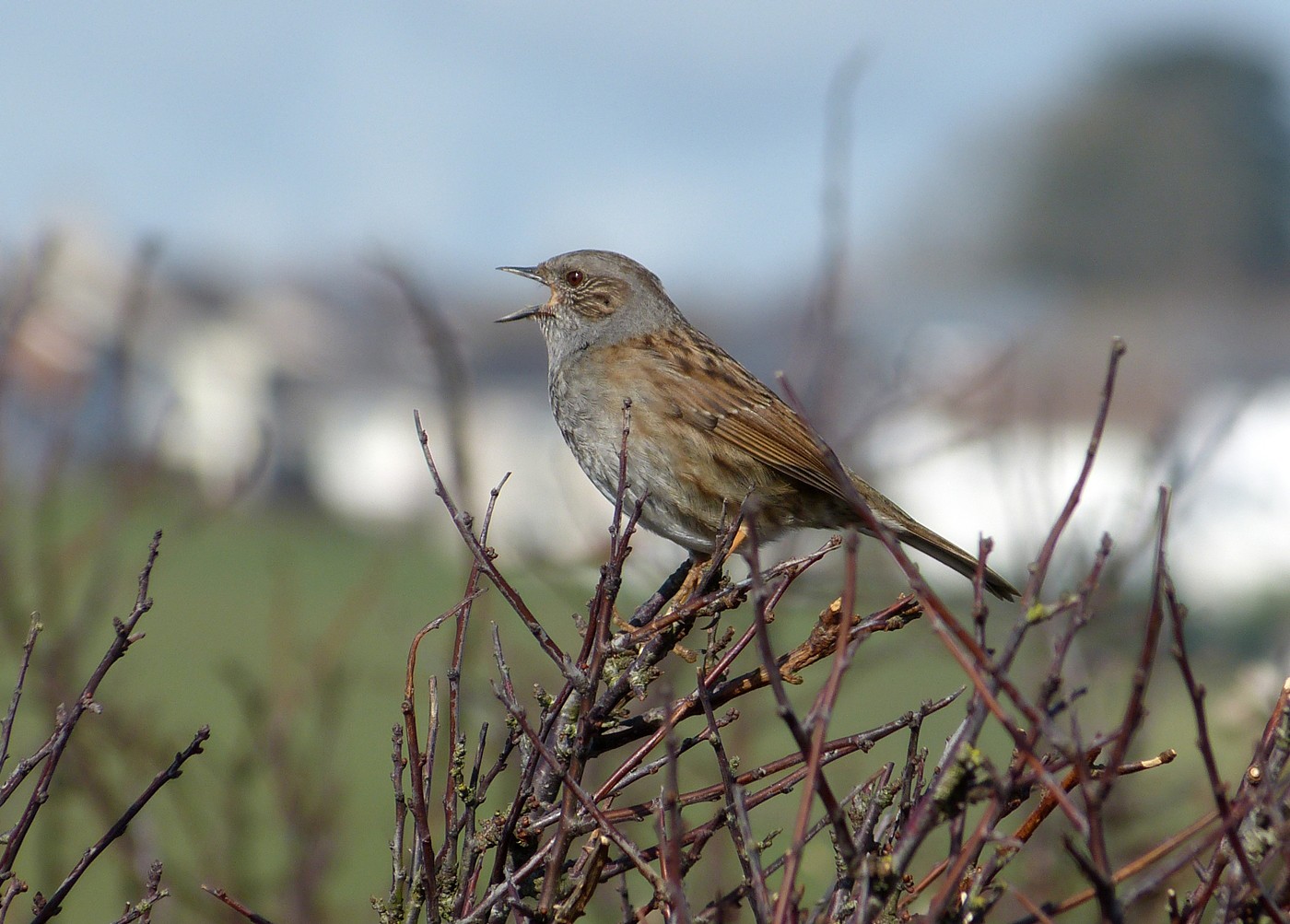 Sadly the millpond smoothness of the sea could only deliver a couple of Oystercatchers and a passing Cormorant, but really nothing else was required. This area of Wales has already done more than enough and it’ll probably be a long time again before I get such great views of a Long-tailed Duck.

I totally agree its memories of great encounters such as this that make life grand! A really beautiful duck!!

Awesome duck! But I love the last shot of your very sparrow looking friend. Wonderful!

GREAT shots, with shots like that I don't think you needed to be any nearer.
All the best Gordon.

Lovely photos, especially the last one.

Thanks everyone. Glad you're enjoying the photos of what was a very nice bird.

what a pretty little thing!

Great pictures – I have lonely seen this duck at rather long range. Memories of cold days sea-wathing in Northumbria.