After finally making it to Whiteford Point I was once again thwarted from reaching the Victorian lighthouse by a rapidly incoming tide. As I turned around to begin my return journey I noticed a fairly substantial structure poking out of the ground. On closer inspection the structure turned out to be a lengthy scaffold type arrangement, heading in a perfectly straight line from the dunes directly to the lighthouse. At its widest I estimate the width to be approximately eight foot or so, and it isn’t hard to imagine that some sort of platform could once have resided on top of the framework.

The only reference I can find to this structure is a passing comment on another website that mentions that these are the remains of frames from which fishing nets were once hung. I ‘m not convinced by this explanation as to me the construction and alignment just aren’t right. Firstly, if I wanted to hang fishing nets I wouldn’t have built such a wide structure with quite so much metal work. Secondly it is hard to see where the nets could have been attached given the relatively small holes between the lattice of poles. Thirdly, and for me the biggest clue, is the structures perfect alignment with the lighthouse. Although some areas have been obliterated, the widest area can be traced across the beach and much of the muscle beds, before a single line of posts leads almost up to the lighthouse itself. My best guess is that this was either built to transport materials during the building of the lighthouse, or was used to ease access when the lighthouse was in operation. I can’t say for sure but I am absolutely fascinated by these sort of mysteries. Someone went to a great deal of effort to build this, and for it to have passed out of living memory is tragic. Many people wouldn’t take a second glance whilst walking along the beach, but I find myself being drawn to track down the stories behind these forgotten gems.

UPDATE: It is looking more and more like this structure was once a fish trap as the Glamorgan-Gwent Archaeological Trust detail one at Whiteford Point in this position. On top of this materials were brought in by boat to build the lighthouse.

On looking at the structure recently, it seemed plausible to me that it may have been erected to aid the lighthouse build. Whatever its 'true' past use, it is something to keep us walkers intrigued! Ian @ GowerNews.co.uk

I first saw this structure as a small child over 30 years ago, when it was much taller and more exposed than it is now. My parents told me it was WW2 anti invasion coastal protection, and as my mother lived locally during the war, that's what I've always believed it to be. There is a structure in the dunes quite near which is identified as a WW2 structure on Google Earth. 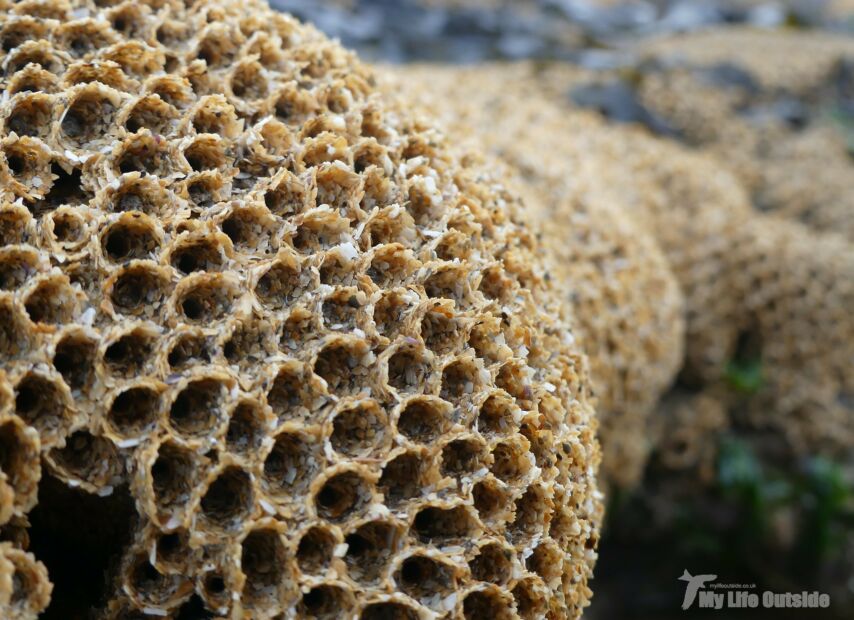